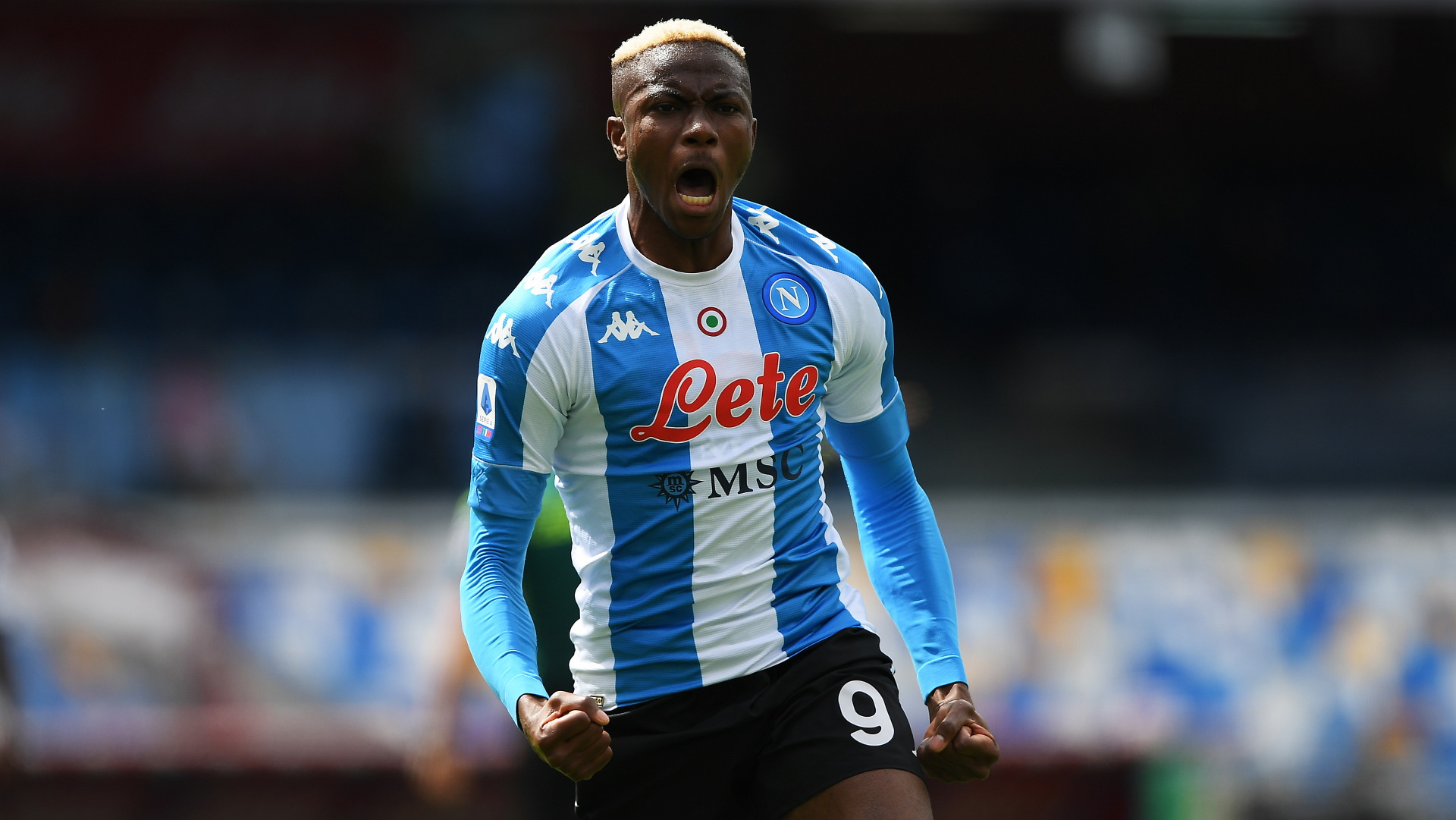 Nigeria international Victor Osimhen was on target as Napoli beat Pescara 4-0 in their final pre-season friendly on Saturday.

The 22-year-old continued with his fine form in pre-season after he scored the opener in the ninth minute before Lorenzo Insigne made it 2-0 from the penalty spot after the Super Eagle was fouled.

Adam Ounas then came on in the second half for Mario Rui to make it 3-0 in the 48th minute before Karim Zedadka added the fourth in the 77th minute in the match at Castel di Sangro.

Osimhen was quick off the blocks in the fixture as he scored the opener after being set up by Insigne and he was involved in the second goal which was converted by the Italian forward.

The Super Eagle managed eight goals throughout pre-season, scoring four against Anaunia, one against Pro Vercelli, two against Bayern Munich, and now one against Pescara.

In a recent interview, Napoli coach Luciano Spalletti, who has led his side to six wins in pre-season, revealed the crucial roles Osimhen and Kalidou Koulibaly will play in his team this season.

"Osimhen is a striker who has the ability to transform every ball that comes his way into chances," Spalletti said.

"He is a generous player who runs a lot and every now and then this intense race can cause him some mistakes, but he is an important player, complete and we aim a lot on him."

On Senegal captain Koulibaly, the Italian coach said: "I like this team here and I am willing to chain myself for everyone because I have respect for the squad. I have never coached a player as strong as Koulibaly, both as a player and as a man.

"He is one who tells the story of this team even when he passes in front of the fans."

Osimhen will hope to transfer his good form in pre-season to the league when they open their campaign against newly-promoted Venezia on August 22.