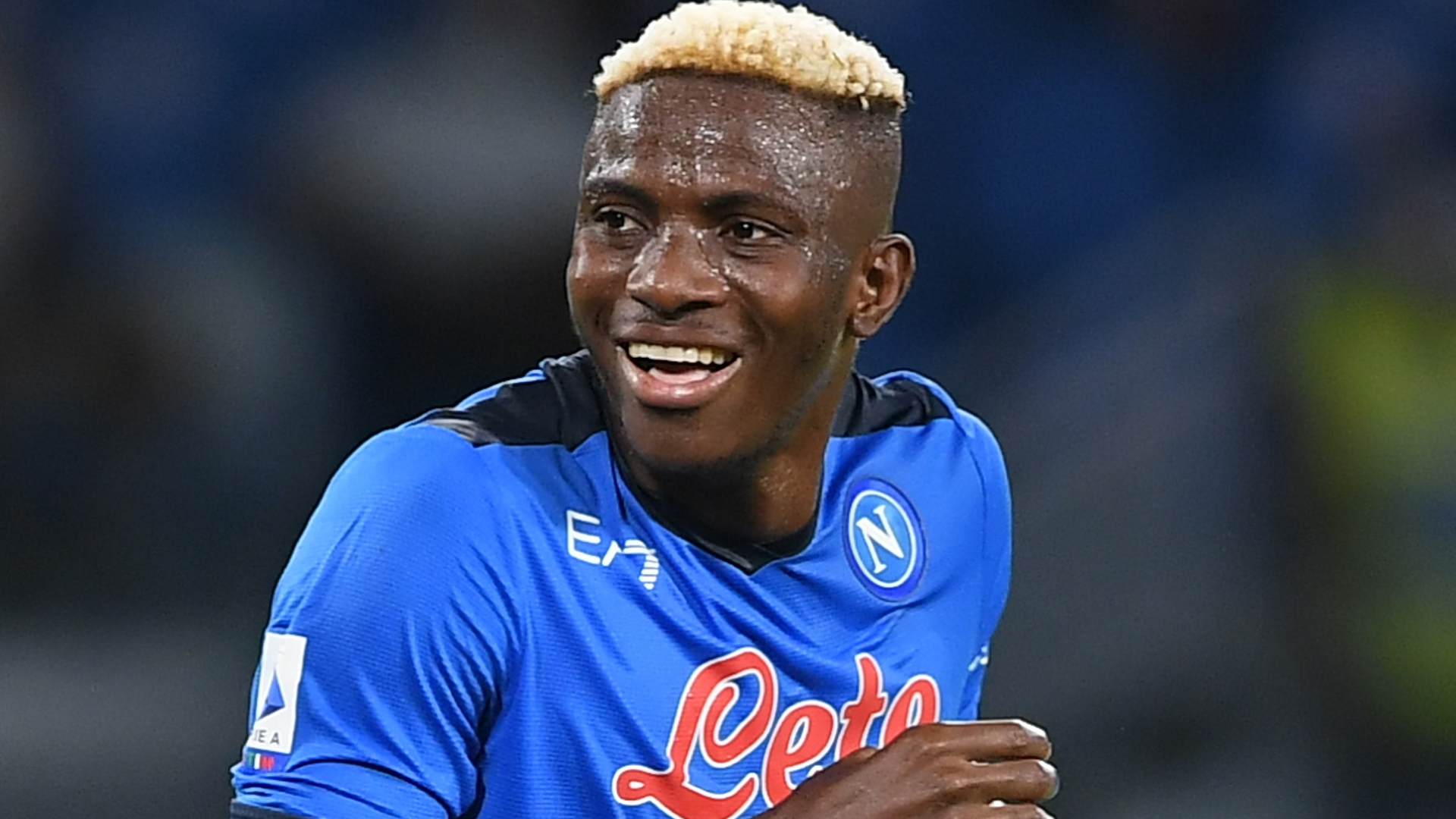 Former Nigeria player Patrick Paschal has praised Victor Osimhen who has impressed for Napoli so far this season.

The 22-year-old Super Eagle has so far managed four goals for the Partenopei in Serie A accumulated from six appearances. He also scored two goals in the Europa League which came against Leicester City in the 2-2 draw at King Power Stadium.

His current run of form has caught the eye of the 46-year-old Paschal, who also played for the Super Eagles, managing 11 caps.

“Osimhen is one player that I have followed from his days with the U17 national team and I have seen his game evolve so much and grown to become one of the first names on Gernot Rohr’s team sheet. I am happy with the rate he is developing,” Paschal said as quoted by Completesports.com.

“He is fast, good with his head and uses both legs and blessed with a nose for scoring goals. Osimhen is not the kind of traditional centre forward that hangs around the penalty box waiting for long deliveries to score goals; he falls back to help his defenders and his holdup play is excellent.

“The Napoli striker has added something I saw in recent Super Eagles matches. He leads the high press during games and he is a leader on the pitch and dressing room. He is really improving every time in the Italian league and Super Eagles, this I think is good for his career and Nigeria."

“Napoli are solid,” the former Ballon d'Or winner told Tribal Football. “They can win the Scudetto. But beware of the two sides from Milan.

“Spalletti's team looks like a wall at times and have different solutions. [Victor] Osimhen was thought to be a crazy horse, but in the box, he knows how to hurt the opponents.

“Never rule out Juventus, they know how to manage the difficult moments and will be able to return.”

Osimhen will hope to continue with his goalscoring run when Napoli host Torino at Diego Armando Maradona Stadium on Sunday.