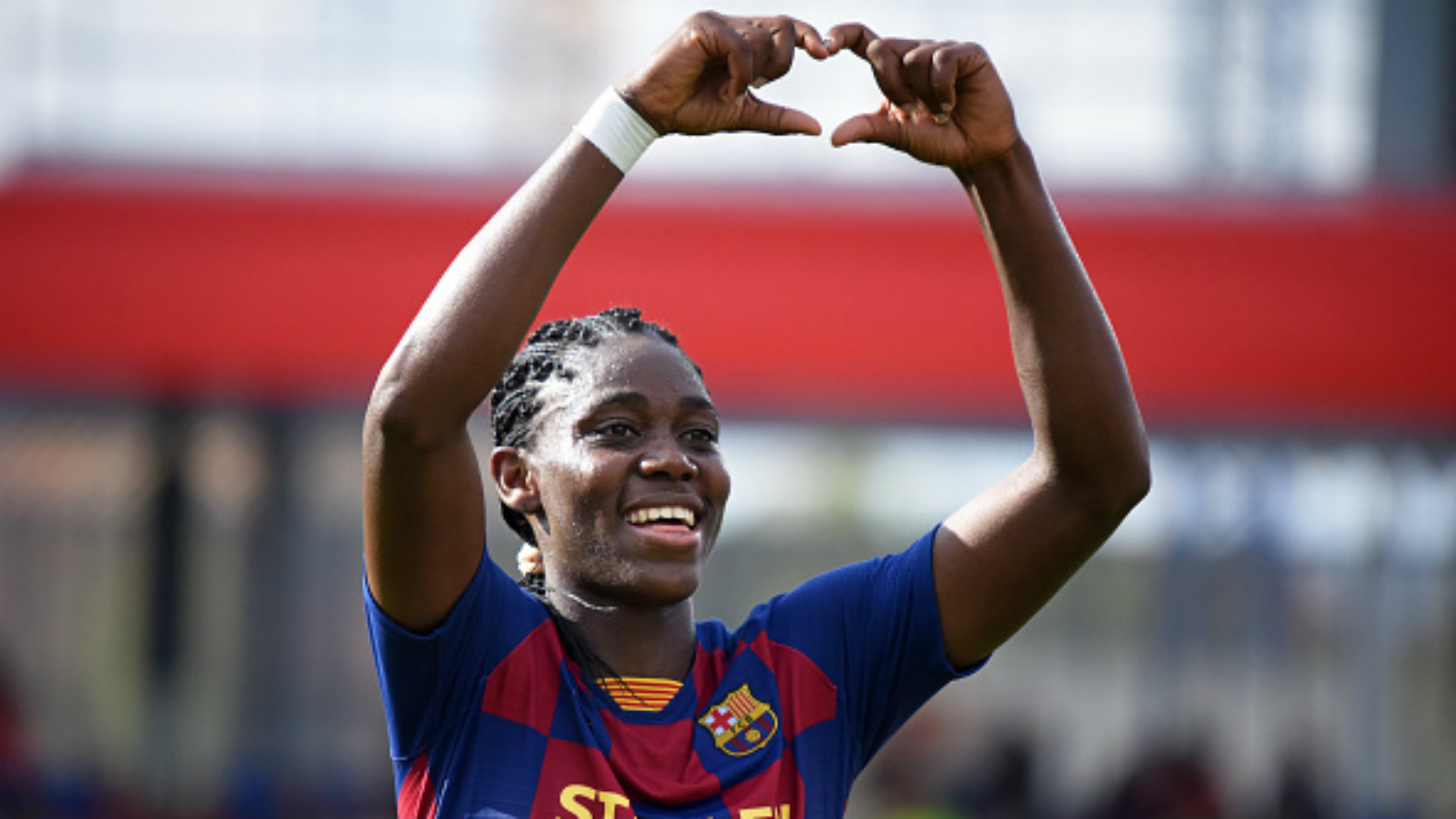 Asisat Oshoala netted her second hat-trick of the season for Barcelona and made an assist in their 6-0 win over Logrono in the Spanish Primera Iberdrola encounter on Saturday.

Oshoala, who was named the African Women's Footballer of the Year for the fourth time in January, has been on song for the Calatans, scoring 15 goals in her last 10 outings for the Spanish side.

The Super Cup winners continued their high-flying form when Marta Torrejon opened the scoring in the 33rd minute before Oshoala set up Alexia Putellas to double the lead a minute later.

Stephanie van der Gragt laid up Putellas to grab her second of the match and third for the visitors deep in first-half added time.

In the second half, van der Gragt played through Oshoala to extend the lead to four for Cortes' side in the 54th minute before Aitana Bonmati teed up the Nigerian for her brace 16 minutes later.

A minute from full-time, Mariona set up Oshoala for her third of the match and sixth for Barcelona to guarantee another big away win.

So far this season, Oshoala, who played for the duration in the match, has now scored 20 goals in 19 league matches and 26 in 25 games in all competitions.

Her latest hat-trick means the Nigeria international is now level with Barcelona teammate Jenni Hermoso on the Primera Iberdrola topscorer chart with 20 goals.

🔥🔥 @AsisatOshoala netted her second hat-trick of the season for Barcelona and made an assist in their 6-0 win over Logrono in the Spanish #PrimeraIberdrola encounter on Saturday.

20 goals in 19 league games!
26 goals in 24 all appearances this season
Joint-topscorer in Spain pic.twitter.com/BfZjawhP3b

For Logrono, Cote d'Ivoire's Ida Guehai played for 75 minutes, while Ghana's Grace Asantewaa and Equatorial Guinea's Jade Boho were in action in the final 34 and 29 minutes, respectively.

As it stands, the win means Barcelona are 12 points clear at the summit with 56 points from 20 matches, pending the outcome of Sunday's derby between Madrid CFF and rivals Atletico Madrid.