Orlando Pirates coach Zinnbauer: I was very upset at half-time 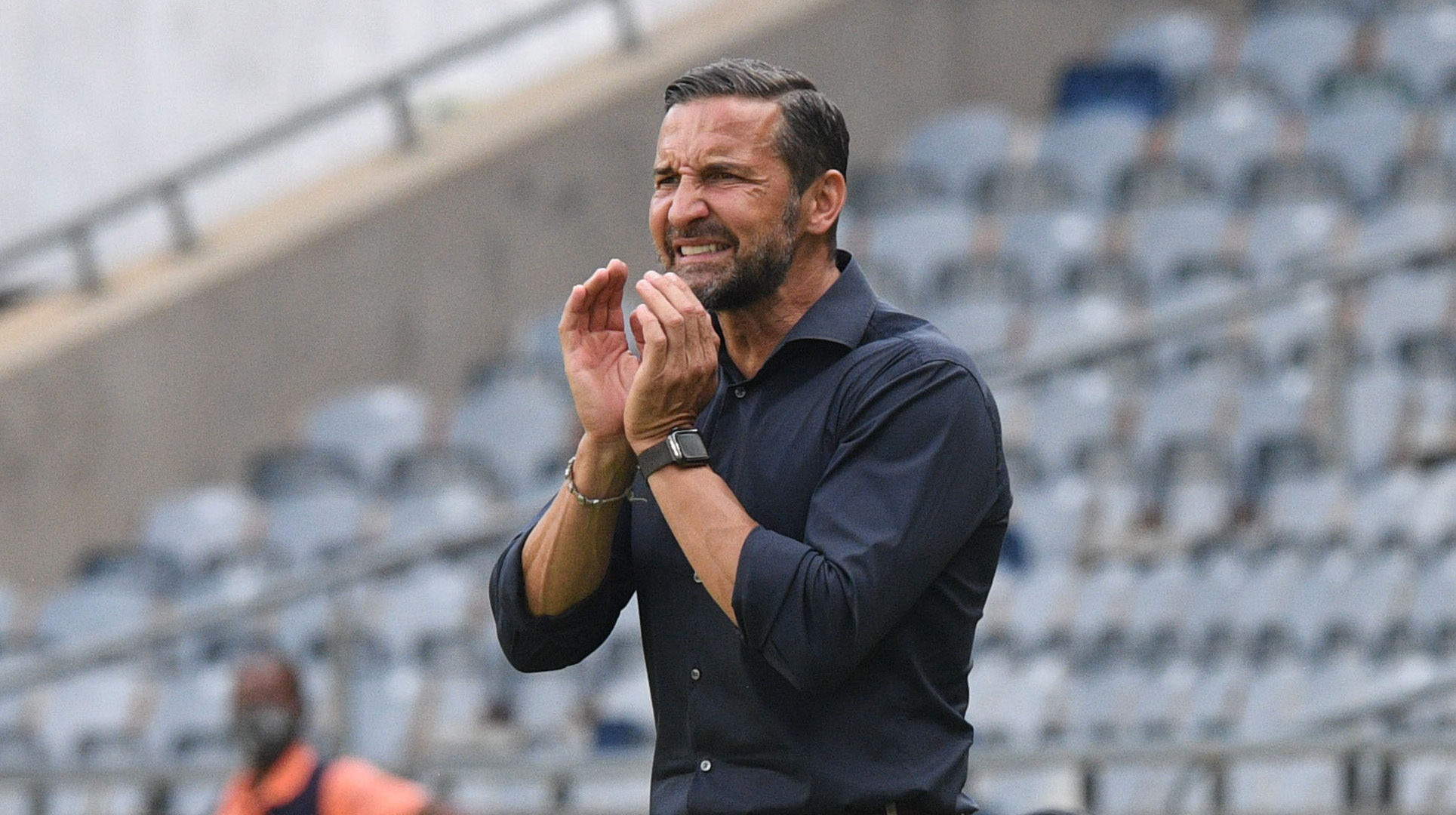 Bucs are top of Group A with four points from two games, followed by Enyimba and Al Ahli Benghazi with three points each while ES Setif have one point

Orlando Pirates coach Josef Zinnbauer had mixed feelings about his team’s 2-1 win over Enyimba in a Caf Confederation Cup Group A encounter at Orlando Stadium on Wednesday night.

Pirates scored first through Deon Hotto but took their foot off the pedal after that which resulted in the visitors netting an equaliser through Augustine Oladapo’s penalty two minutes into added time at the end of the first stanza.

"In the first half, especially the first 20 minutes, the time that we scored, we dominated, we had the game completely in our hands. We controlled the game,” Zinnbauer commented.

"After scoring I was very disappointed. I don't understand why we lost the lead. I was very upset at half-time in the dressing room. I was happy with the way the team came out (in the second half), they came back with the normal performance like we did before scoring.”

A change in tactics and personnel saw the Sea Robbers playing with renewed vigour in the second stanza and even though Tshegofatso Mabasa missed with a spot-kick, Bucs kept on pushing and the same player made amends with an 89th-minute winner.

"We had good substitutes (Mabasa and Kabelo Dlamini were introduced after 58 minutes, Gabadinho Mhango and Terrence Dzvukamanja came on after 74 minutes) and Gaba made the penalty,” Zinnbauer explained.

"Before that, he had good actions, he was always dangerous, always [putting] on pressure, fighting for the ball.

"Mabasa is normally a top penalty scorer, but the weather was not on our side, and this can happen,” the German continued.

"But important for me, was to see the team going forward, fighting for all metres and the result, that was very good to see. And then I'm happy about Mabasa making his mistake clear and scoring. He was a long time out and I'm happy for this, always very good after a long injury,

"I'm happy for the whole team in the last 20, 25 minutes - they go forward and fight for the result and at the end of the day they deserved the result.”

Pirates will now be preparing for Sunday’s Soweto derby against Kaizer Chiefs at FNB Stadium.