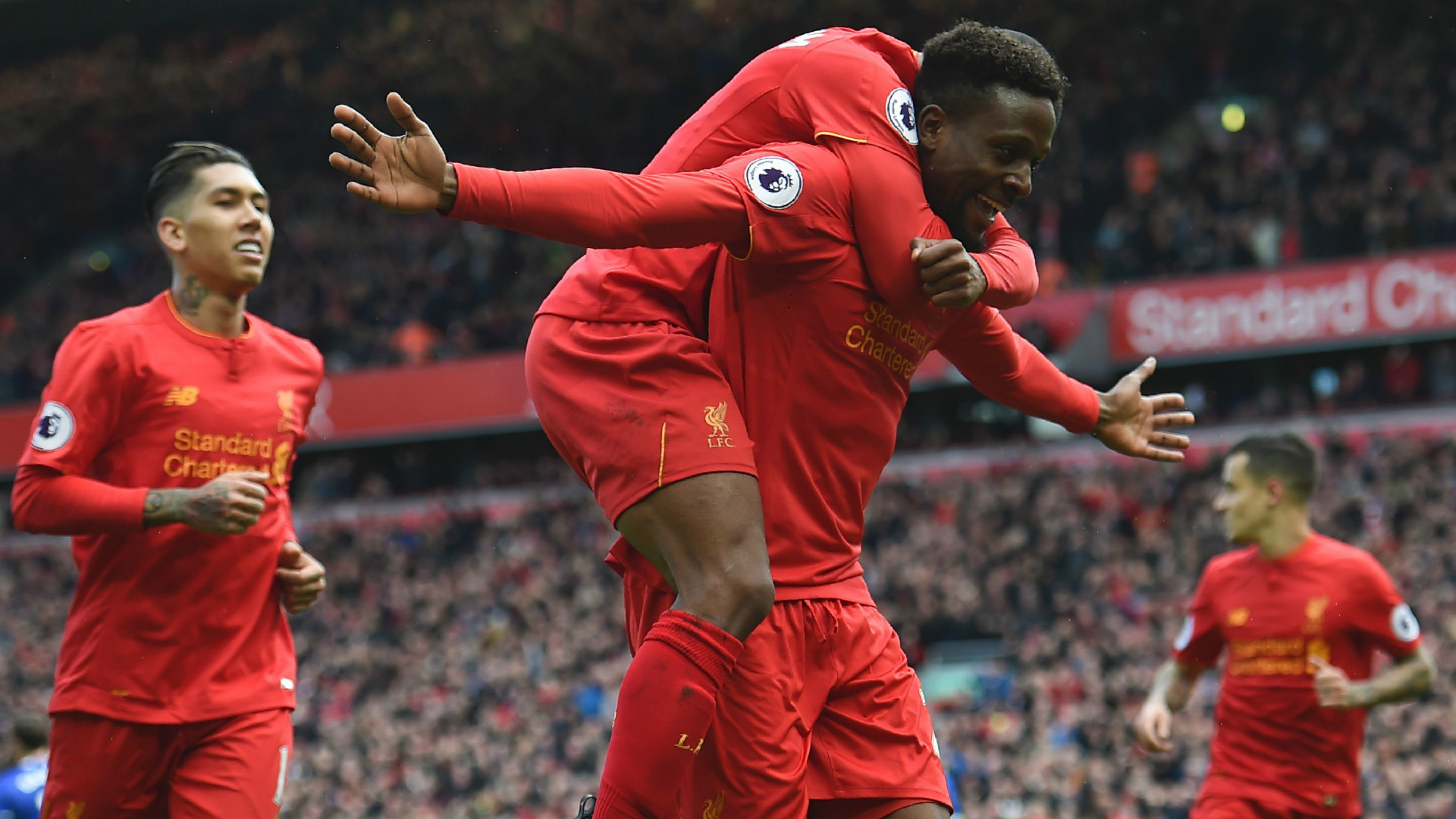 The 21-year-old will have opportunities to prove he is “an option not for the future, but for today” as the Reds look to secure a top-four spot

Last April, Divock Origi roasted Everton’s rearguard, but after an appalling Ramiro Funes Mori tackle, which led to ankle ligament damage, he clocked just over 30 minutes of action for the remainder of the season.

The Belgian added another superb Merseyside derby goal to his collection in Saturday’s 3-1 victory, but this time around, the striker can make a significant contribution in Liverpool’s eight outstanding fixtures.

Liverpool can end strong without Mane

With Sadio Mane this campaign’s casualty from English top-flight’s longest-running rivalry - the swelling around his knee preventing an accurate steer on the damage and the situation not looking positive - the Reds need someone to step in and circumvent the loss of the Senegal international.

“It’s not 100 per cent clear," Jurgen Klopp said on the injury to the club's top goalscorer.

"We made an assessment and scan but we have to wait a little but until the knee is not that swollen anymore.

"The only thing what I can say for sure, is he will not be available for tomorrow [the hosting of Bournemouth]. All the rest, we have to see.

"It’s not very positive, let me say it like this. We cannot say what it is exactly, so we have to wait for that."

Klopp admitted it is possible Mane's season could be over, but added: "The more difficult the situation seems to be, the more difficult it is to handle, the better it feels afterwards when you look back."

Origi, who replaced the 24-year-old at Anfield and in just four minutes drained any resistance from Everton by slamming home Liverpool’s third, will feel he is the perfect candidate to come in and keep the Reds on their upward curve.

The striker has been afforded just 14 starts in the campaign, and despite his struggle for rhythm and form since that setback last year, he is just one goal short of hitting double figures in all competitions.

Only Roberto Firmino (10) and Mane (13) have managed to get the better of a goalkeeper more times than Origi.

And since Liverpool’s defeat against Leicester City, a period in which they’ve picked up 10 points from an available 12, the 21-year-old has recorded two assists and a goal in four games.

He supplied Gini Wijnaldum to kill the game off against Arsenal at Anfield and fed Emre Can for his winner against Burnley the following week.

“I always said I want to be a top striker for this team and I feel that I can be, so I think I’m willing to prove on the pitch that I’m not an option for the future, but an option for today,” Origi said following Liverpool’s derby triumph.

In Mane’s absence, as well as with Jordan Henderson and Adam Lallana being sidelined with foot and thigh issues respectively, Klopp needs those who have been on the fringes to make a fist of their opportunities and help fire Liverpool back amongst Europe’s elite.

Over the weekend and in recent weeks, Origi has illustrated his willingness to contribute to that cause, with his attitude a sizeable part of the reason he receives such affection from the terraces.

Similarly, Can has found his footing after shaking off a nagging calf issue, with his upturn in form coming at a crucial juncture.

The German has been central to Liverpool’s resurgence since the start of March, while Lucas filled in with aplomb alongside Joel Matip in the 2-0 victory over Tottenham and as the No.6 at home to Everton.

Ragnar Klavan has also been an able deputy in the heart of defence when required.

That trend needs to continue and with Daniel Sturridge back in team training, Marko Grujic sharp again after a lengthy lay-off, 18-year-old Trent Alexander-Arnold continuing to prove the big billing around him correct, and the even younger Ben Woodburn turning in neat cameos, Klopp could find plenty of comfort from his stand-ins during the closing stages of a most competitive season.

Liverpool, currently third in the standings having played a game more than fellow current top-four teams Chelsea, Tottenham and Manchester City, are determined to consolidate their Champions League ambitions and as per Origi's assertion: “We have to try to take maximum points and I think we have all the tools to do this.

“Everybody’s very hungry and we have one goal in common, and that’s to finish in the highest spot possible in the league.

“We’re on a good way and we have to continue.”

Beyond helping Liverpool secure a "Champions League ticket" as he described it, Origi will also have the chance to match and surpass the 10 goals he contributed in his debut season on Merseyside.

“I’m very good, I’m very fit," he said as he looks ahead to the run-in. "I feel even better than last year. For me it is just giving everything for every minute that I get.

"I want to do everything to get in the team. The coach has several choices and that is only good for the team.

"The team is most important and we have to finish strong. I hope I can play a big part in the end of the season.

"I'm very ambitious and I believe in my qualities. Like I say, I'm ready and ready now to do whatever. But you have to put everything in and show it on the pitch."

As a player still developing, who is not yet a fixture in the first XI, Origi is more than just a "very important option" as Klopp put it.

He is one that has demonstrated he can help make a difference.