There is no dearth of creativity among the ranks of the defending Premier League champions Manchester City. With players like Bernardo Silva, Riyad Mahrez, Phil Foden, Ilkay Gundogan and Jack Grealish, they certainly have a team studded with creative midfielders that provide the ammo to the likes of Erling Haaland and Julian Alvarez.

But the biggest and most effective name when it comes to creativity is Kevin De Bruyne. And the Belgian will be the ‘One to Watch’ when Manchester City take on Manchester United in the “Manchester Derby” on October 2 at the Etihad stadium.

De Bruyne has proven his quality as an attacking midfielder time and time again over the years and even at 32, continues to be one of the most creative footballers in the Premier League.

He has already racked up six assists (the highest in the league) in the Premier League this season, with majority of those being converted by Haaland. The Norwegian has relished the service offered to him by De Bruyne and will be looking forward to tormenting City’s cross-town rivals on Sunday. 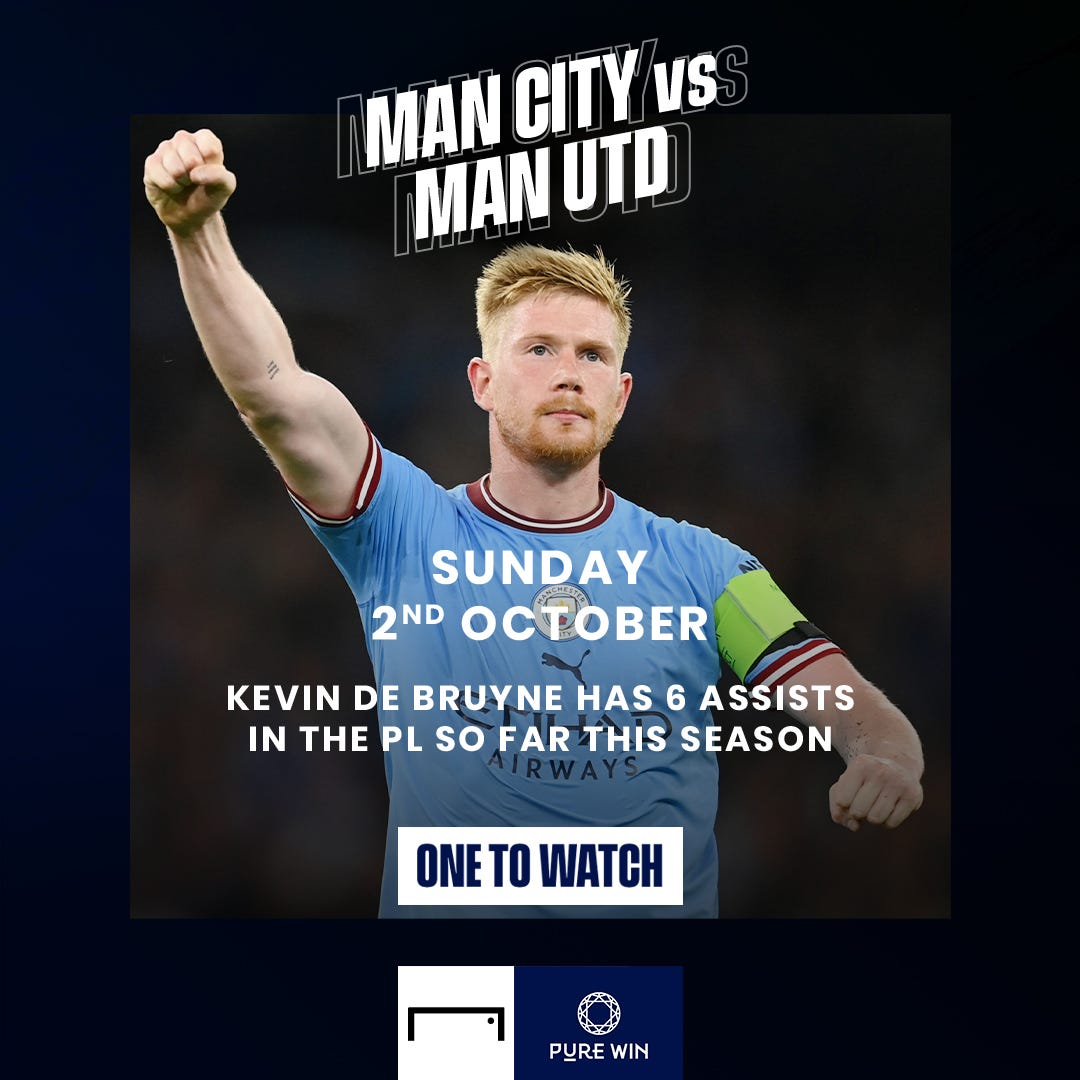 De Bruyne also leads the Premier League charts when it comes to through-balls for his teammates with seven to his name. Of course, he is perfectly capable of scoring goals himself, especially from range - an ability he has showcased time and time again in the Premier League.

In seven games this season, City have scored 23 goals, the most by a team in the Premier League. And the prolific attack, powered by the likes of De Bruyne, has been their biggest weapon.

While Pep Guardiola will look to set up his team in a way that maximises De Bruyne’s impact, Manchester United’s focus will be to stifle the Belgian and as a result, cut his passing lines and starve Haaland of service up front. Erik ten Hag’s team know that the Belgian is key to City’s style of playing and if they are to extend their four-match-winning streak, keeping a close watch on De Bruyne is imperative.

Manchester City, currently second on the table, are only a point off league leaders Arsenal. Though the Cityzens are yet to lose a game, they will not want to lose ground to Arsenal.

Manchester City are yet to lose a match in the Premier League this season but will know in a match of huge magnitude like the “Manchester Derby”, form graphs can often go for a toss. But they will rely upon the craft and experience of De Bruyne to make the difference and bring Manchester United’s recent run of victories to an end.

Kevin De Bruyne is the player to bet on, especially when it comes to online skill-based fantasy games.