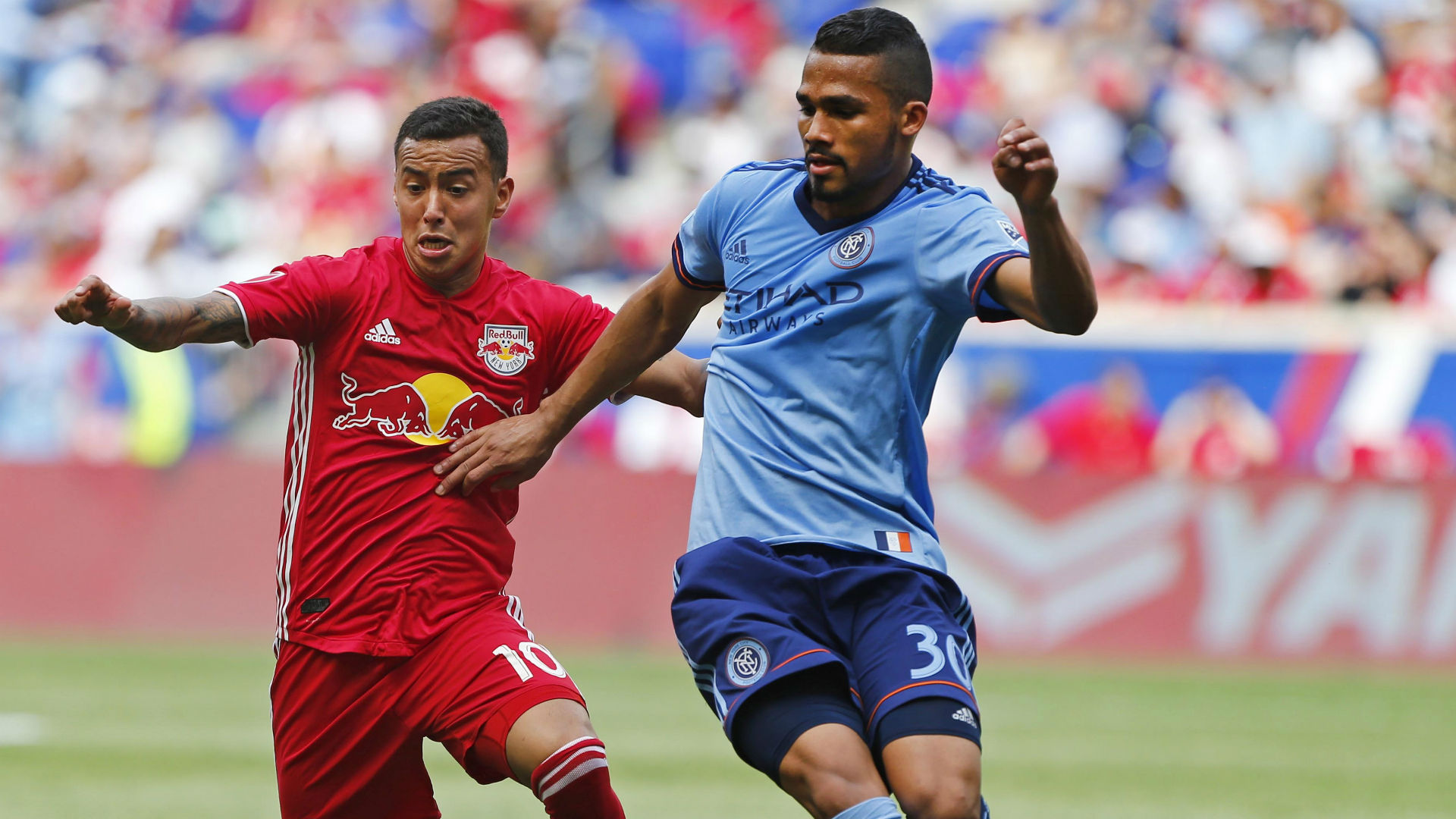 Herrera was subbed off in the 14th minute in the May 25 contest against the Houston Dynamo with the injury and left the stadium in a wheelchair.

The Venezuela international had not featured for the team in the two games since.

It has been revealed by NYCFC that Herrera underwent arthroscopic surgery on his ankle and while he is expected to make a full recovery, he will not return to the field in 2018.

“New York City FC midfielder Yangel Herrera will miss the remainder of the 2018 season after undergoing a successful arthroscopic ankle procedure,” the team said in a statement published to its website. “He is expected to make a full recovery.”

Herrera also started both NYCFC’s playoff games in the Eastern Conference semifinal round.

The 20-year-old defensive midfielder had already tallied three assists this season in his second on loan with NYCFC in just 13 games, 12 of which were starts.

His loan deal is through the end of the 2018 MLS season.

NYCFC currently sit second in the Eastern Conference on 27 points, two back of league-leading Atlanta United.

The two sides square off on Saturday in NYCFC’s last game before a 10-day MLS break for the 2018 World Cup.

NYCFC was also eliminated from the U.S Open Cup on Wednesday at the hands of its local rivals, the New York Red Bulls.