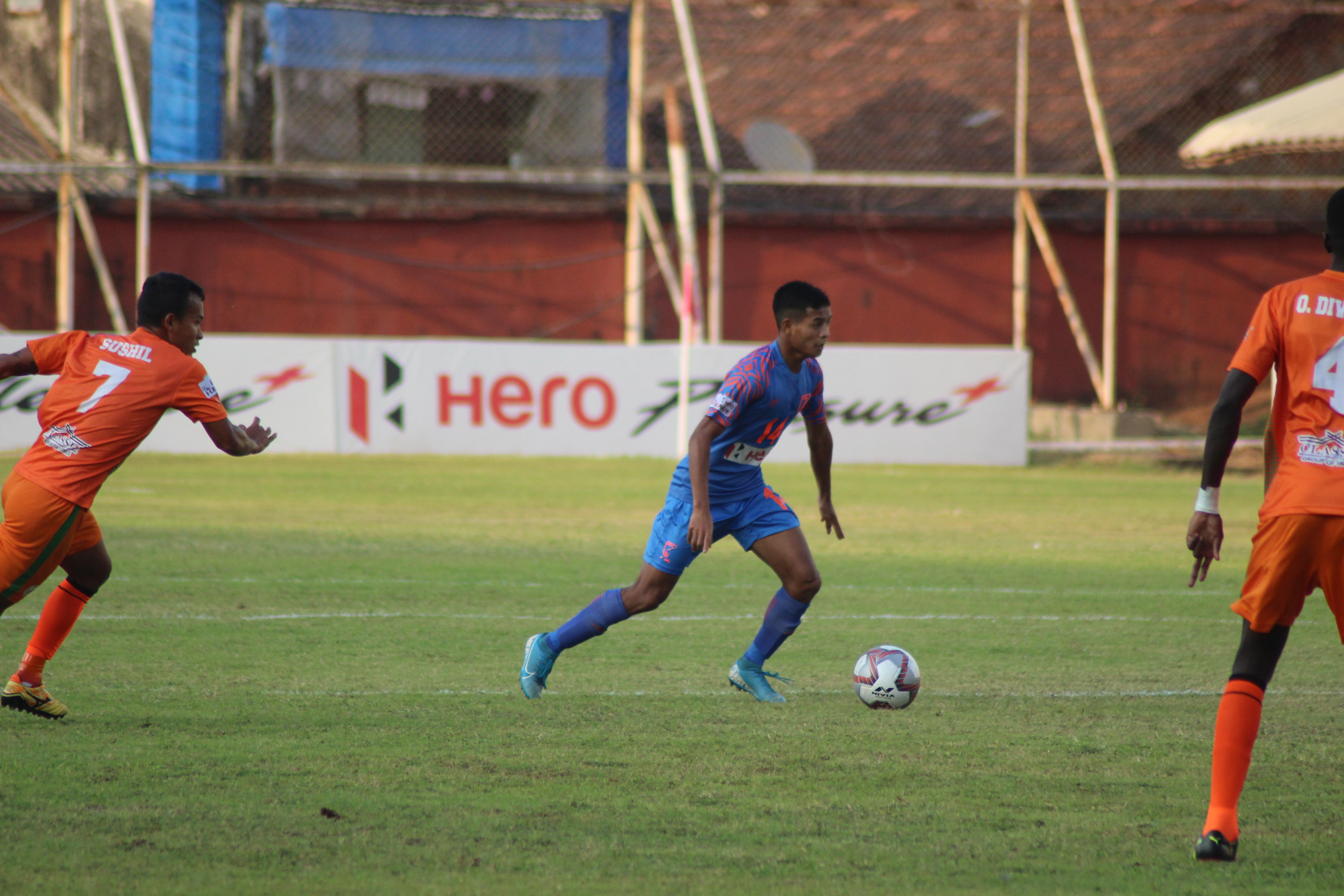 The defensive midfielder's journey has been thorny but the future looks bright...

As part of our NxGn India series, Goal takes a closer look at the most promising young talents in the country. Having revealed the ten potential stars who have found a place in this year's list, it's time for an in-depth peek at these players who could play a huge part in the country's future.

Next up is the talented Indian Arrows player Ricky Shabong whose journey to where he is right now has been one of sweat and toil.

Ricky is the anchor in the Arrows midfield, carrying out his defensive responsibilities from the centre of the park. He is one of the most crucial members of Shanmugam Venkatesh's side which can be gauged by the fact that he has made 16 appearances in the season, clocking 1432 minutes of football.

The average of 89.5 minutes per game shows how valued a member Ricky is in that midfield.

He's not just someone who sits deep and breaks up attacks, he also has a good passing range in him that allows him to function as a launchboard for the team to build attacks. Though he can do some work on his physique, the fact that he is just 17 and his body is still developing should cut him some slack.

Then again, tackling adversities has never been a problem for Ricky. He has done that right from his childhood.

"It’s been a great experience, playing in the I-League so far. This was the first time I played in a senior competition, and the level of football has been immense. The seniors are all of a superior physique, and it is difficult to play against them. But over the course of the season, we have gotten used to this level of football and have gained a lot of experience<" Ricky told Goal.

Given his humble upbringing in the Khasi hills of Meghalaya, near the state capital of Shillong, he had to engage in breaking stones at a local mine at a very young age to help his father support the family.

The tenacity and work-ethic he developed from such a young age is very much evident in his game and his persona.

"Well, those were difficult days for me and my family. I had to work in the mines, to help my family earn the daily bread. But that experience has really helped me remain humble," he reminisced.

But football turned out to be the way out of poverty for young Ricky - which is one of the reasons why he will always be indebted to the sport.

"Football has obviously helped me out a lot after that. I am where I am, because of football today. Even when I have difficult times these days, I take a moment and look back at my childhood days. It helps calm my mind - seeing where I have come today, and how I am being able to help my family" - strong but humble words from a teenager.

He started playing football locally and was drafted into the youth set up of Shillong-based Royal Wahingdoh FC who once played in the I-League before discontinuing their senior team. But Ricky's performances for them soon caught the eye of the All India Football Federation (AIFF) scouts and he was duly drafted into the India U14 set up.

That turned out to be Ricky and his family's big break. Not only was he getting a chance to enjoy his teenage years doing what he loved but he was also beginning to provide for his family, changing their quality of life for the better.

His potential shone bright in the India age-group teams and he was a part of every exposure tour that the India U16 side embarked on in the run up to the 2018 AFC U16 Championships. And in the tournament, he played every single match as India reached the quarter-finals where they went down 1-0 to South Korea.

"I started playing football from the age of six. At that time, I had the idea that if I can do well in football, then it can give me a better life later on. I played some local football and then got selected for the Royal Wahingdoh U-12s," he said.

"From then on, I started playing for the state teams and progressed further. From the state team, I was picked for the U-16 India team that was coached by Bibiano sir. The AFC Championship was a tough competition, and I got a lot of experience playing that tournament. Reaching the quarter-final is the best I’ve achieved in my life so far. After the AFC U-16 Championship, I have now joined the Arrows."

Ricky is a huge fan of Argentine wizard Lionel Messi but the Indian midfielder he is looking up to is Chennaiyin FC's Anirudh Thapa.

"As a midfielder, I really enjoy watching Anirudh Thapa play. His ball control, passing and vision are excellent. I also try to study his off-the-ball movement. But my all-time favourite player is Lionel Messi. I feel he's the greatest footballer of our era. An absolute legend," he added.

Ricky has a lot of ground to cover before he makes it big in Indian football but his attitude and determination to overcome challenges should hold him in good stead in his endeavour.