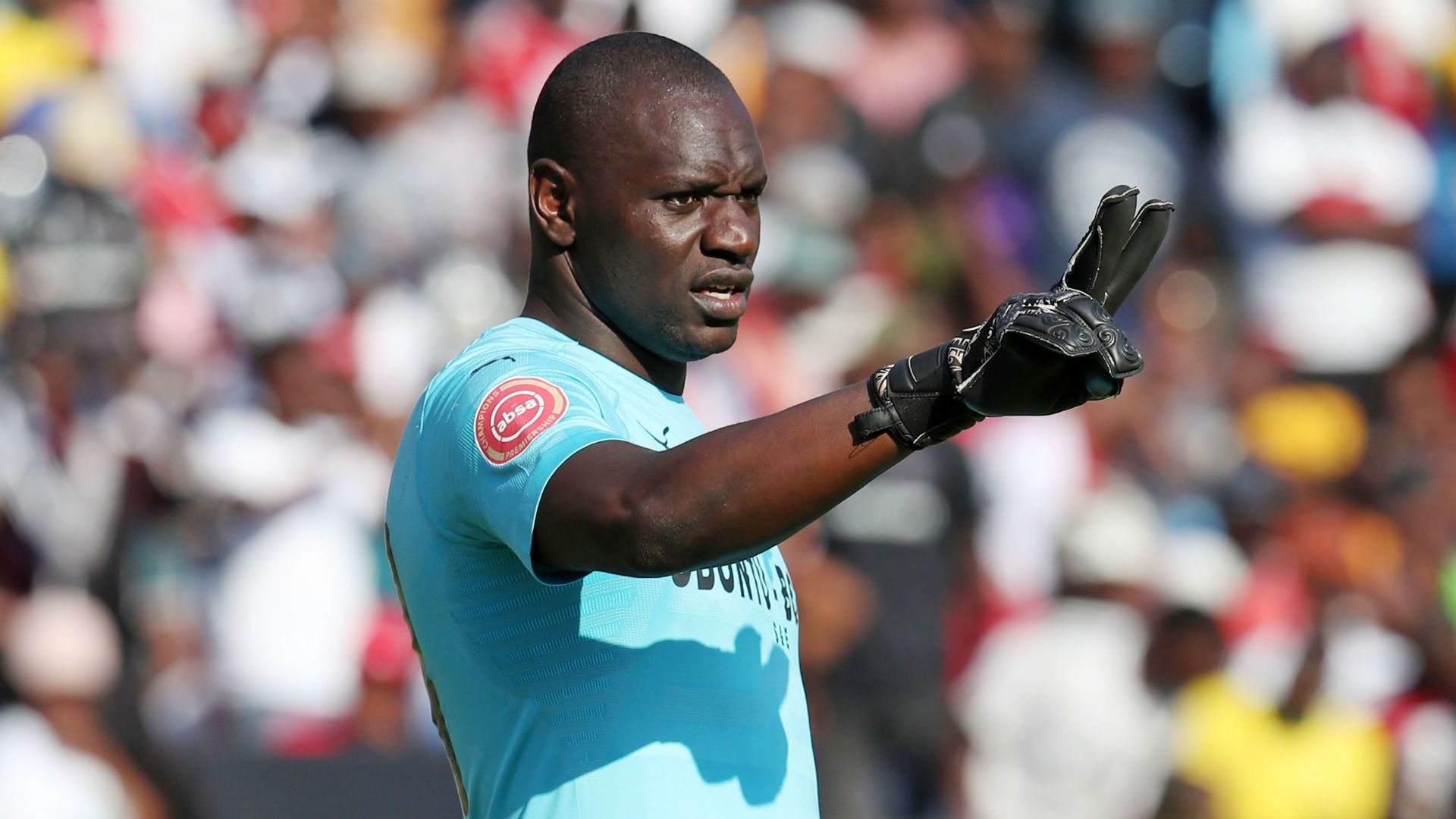 Mamelodi Sundowns goalkeeper Denis Onyango has warned his understudies that they will have to work extra hard to dethrone him as the number one.

The 36-year-old Ugandan custodian, recently hanged his gloves from the Cranes squad in a bid to put more focus on Sundowns, and with the new season set to kick off in three weeks’ time, he has told Kennedy Mweene, Ricardo Goss, Reyaad Pieterse, and Jody February to get ready for a real fight.

What has Onyango said?

“We all did not come to Sundowns and started playing immediately. We can’t give it to them on a silver platter, they must work hard for it and I believe that in the coming few years they will be goalkeepers for Sundowns because everyone has their own qualities,” Onyango said as quoted by Citizen.

“They have made me a better goalkeeper this past season and I kept 15 clean sheets, I have never been to that number before and it shows that the goalkeeping department has done fantastic.”

Onyango, who was voted the best for last season, has, however, admitted the solid performances of the aforementioned keepers had pushed him to work hard as well.

“Jody and Goss have brought in something different in the team because we believe they have the quality and where they are coming from, they have been winning,” Onyango continued.

“Goss was one of the best at Bidvest Wits, he is one for the future for Bafana Bafana and I believe he will eventually get more game time. Jody has a future with Sundowns and the national team and for me to be there as well it pushes me to work hard and it pushes them to work hard as well.”

In a recent interview, Onyango completely ruled out any possible return to the national team following the appointment of Milutin Sredojevic as the head coach of the Cranes.

“I served my part as national captain and player, and I think it is time for the other goalkeepers in Jamal [Salim], Odongkara [Robert], Lukwago [Charles], and so many young goalkeepers,” Onyango said.

“Well, I am not thinking about it. I am now fully focused with my club Mamelodi [Sundowns] and think about what I’ll do when I completely retire from football.”