Finidi George says the scheduling of the 2021 Africa Cup of Nations is bad news for most European teams.

The championship billed for Cameroon was originally planned for June-July but it was reverted to January because the mid-year date falls during the country’s rainy season.

After talks between the Cameroon Football Federation (Fecafoot) and the Confederation of African Football (Caf), the biennial tournament will now take place between January 9 and February 6, 2021.

And the 1994 Afcon winner claims that decision will be a setback for European clubs who boast of African stars because of the dates clash with their domestic season. 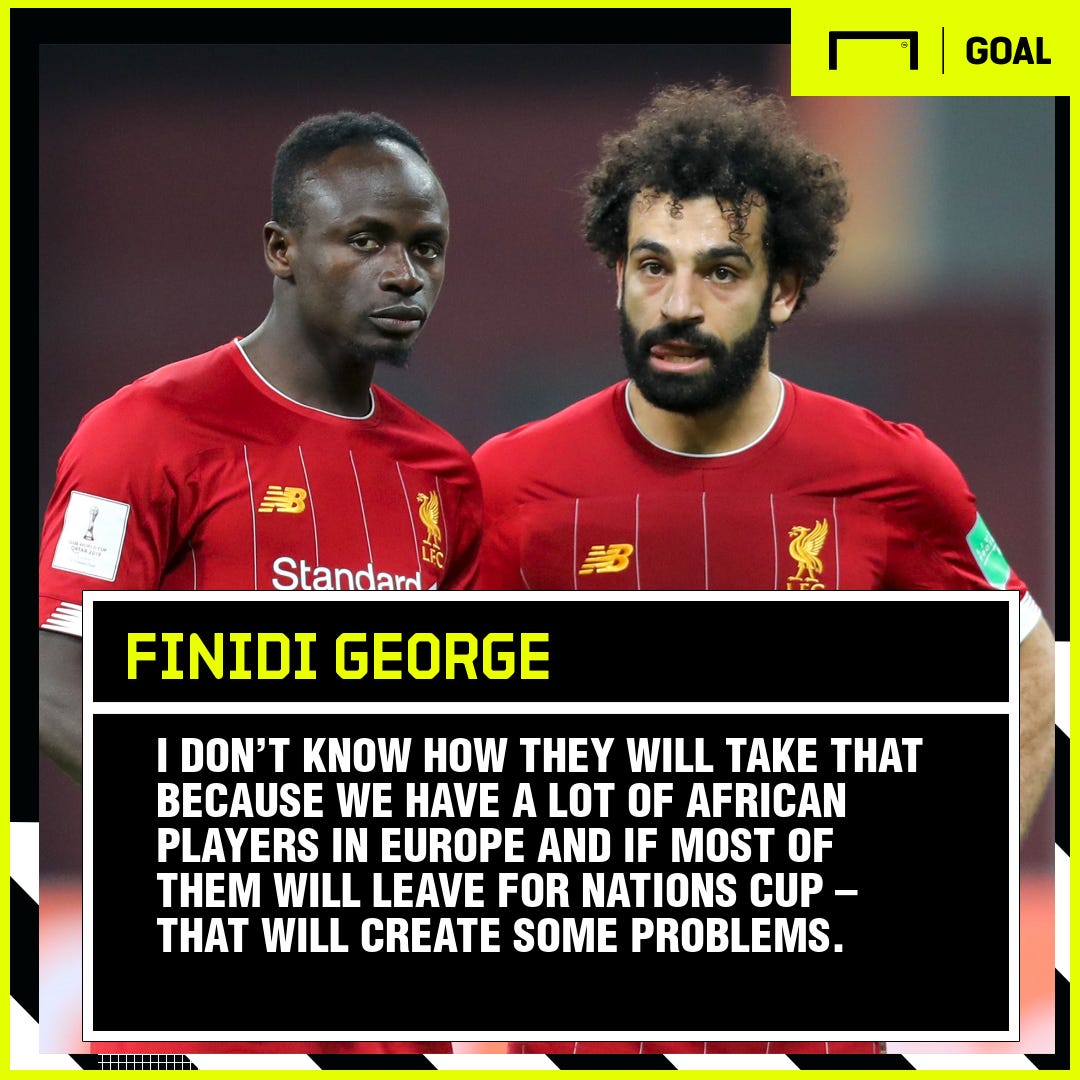 “We had that before and we had lots of complaints and now they are going back to the former arrangement which is certainly not good news for European teams.

“I don’t know how they will take that because we have a lot of African players in Europe and if most of them will leave for [the] Nations Cup – that will create some problems. However, they should be able to figure it out.

“For instance, a team like Liverpool will complain because their star players [Mohamed Salah, Sadio Mane and Naby Keita] would be unavailable to prosecute key matches.

“These players are getting well paid and if they are leaving in January when most clubs are struggling or trying to win a league. That will be a problem.”

The 2019 edition in Egypt was held in July as Caf chose the tournament to fit in line with the northern hemisphere summer, meaning clubs in Europe's major leagues were unaffected.

Cameroon was initially scheduled to host last year's tournament but was stripped of it due to inadequate infrastructure.