Wanted a win, happy with a draw - NorthEast United, FC Goa did not want a defeat 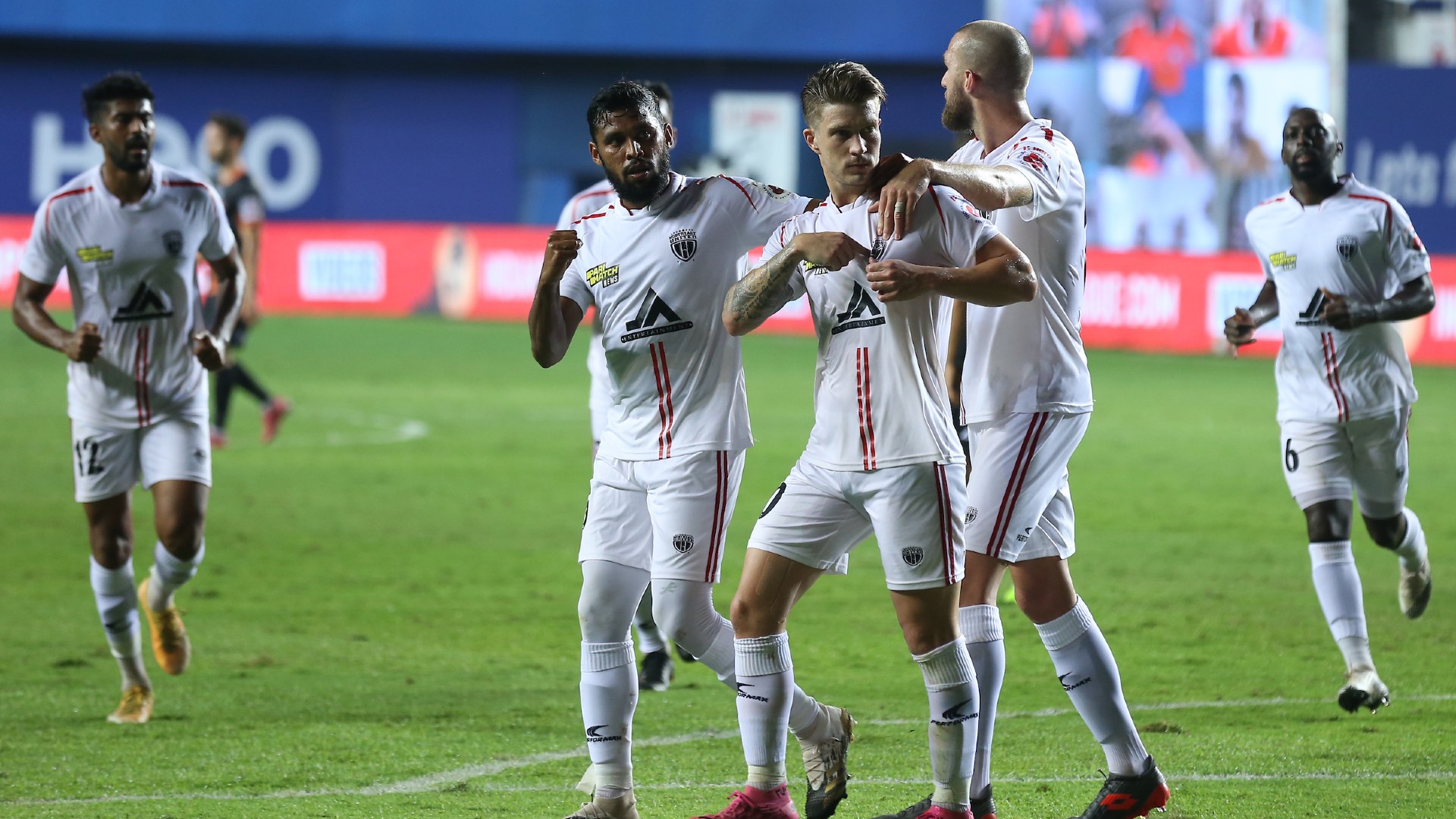 A point is enough for both teams - for now...

The 2020-21 Indian Super League (ISL) match between NorthEast United and FC Goa ended as a 2-2 draw, a result that neither team should be too disappointed with.

Khalid Jamil explicitly stated that he was happy with a point from a fixture between two teams fighting for the playoffs. Juan Ferrando said he was totally disappointed but a defeat could have been a lot worse.

Goa and NorthEast are third and fifth on the league table after having played 15 matches. These two teams and fourth-placed Hyderabad are all on 22 points each. Only four points separate the team from the third place to the seventh.

The beginning of Thursday's ISL game was indicative of how wary the teams were off each other. Goa took control of the midfield early on despite missing out on a key player like Edu Bedia.

Alberto Noguera and Princeton Rebello did a fine job of dictacting the tempo of the game but the NorthEast United defence stood strong to weather an early storm.

The Gaurs' push finally got a reward in the 21st minute. Noguera played the ball to the left flank for Jorge Ortiz who easily skipped past Ashutosh Mehta and returned the ball. The midfielder then found Alexander Romario in the middle of a crowd of defenders and the Indian winger found the net with ease to put his team in front.

Goa suffered a huge blow when Rebello had to be substitued due to an injury in the 35th minute and the change had an impact. Glan Martins couldn't control the game as well as he would have hoped for on his debut for Goa and NorthEast soon found an equaliser.

Though Amarjit Singh almost gave FC Goa a win with header from close range, another penalty would mean the spoils were shared. Credit must also go to Federico Gallego and Ashutosh Mehta for NorthEast's point. Mehta has been absolutely brilliant at right-back this season and he was required to put in a goal-saving tackle late on to deny Igor Angulo as well.

NorthEast United failed to make it four wins a row and that would have been quite a tale for Khalid Jamil to tell. But a point against the third-placed team, with the playoffs in mind, will do for now.

In the last six matches, FC Goa have only managed to eke out a win once – a 3-0 victory over Jamshedpur FC. Rest of the games have all been draws, strangely. Injuries, suspensions coupled with a lack of concentration at the back has cost them dear.

What has happened is that FC Goa, who at one point looked nailed on to win a play-off spot, are mired deeply in the race for the play-offs with NorthEast with Hyderabad, NorthEast United and a few more teams within touching distance.

Their next tie is against Mumbai City FC, who lead the league standings and to beat Sergio Lobera’s side would be a tough ask for FC Goa, who have several key players on the treatment table.

Giving away two penalties in a single game is criminal at the highest level and something which Juan Ferrando will look into as such a mistake would prove costly as the league enters its business end.

Igor Angulo has been on fire, each time he is on the pitch, and his goals would continue to make the difference but giving away cheap goals needs to be attended to as other teams are closing in.