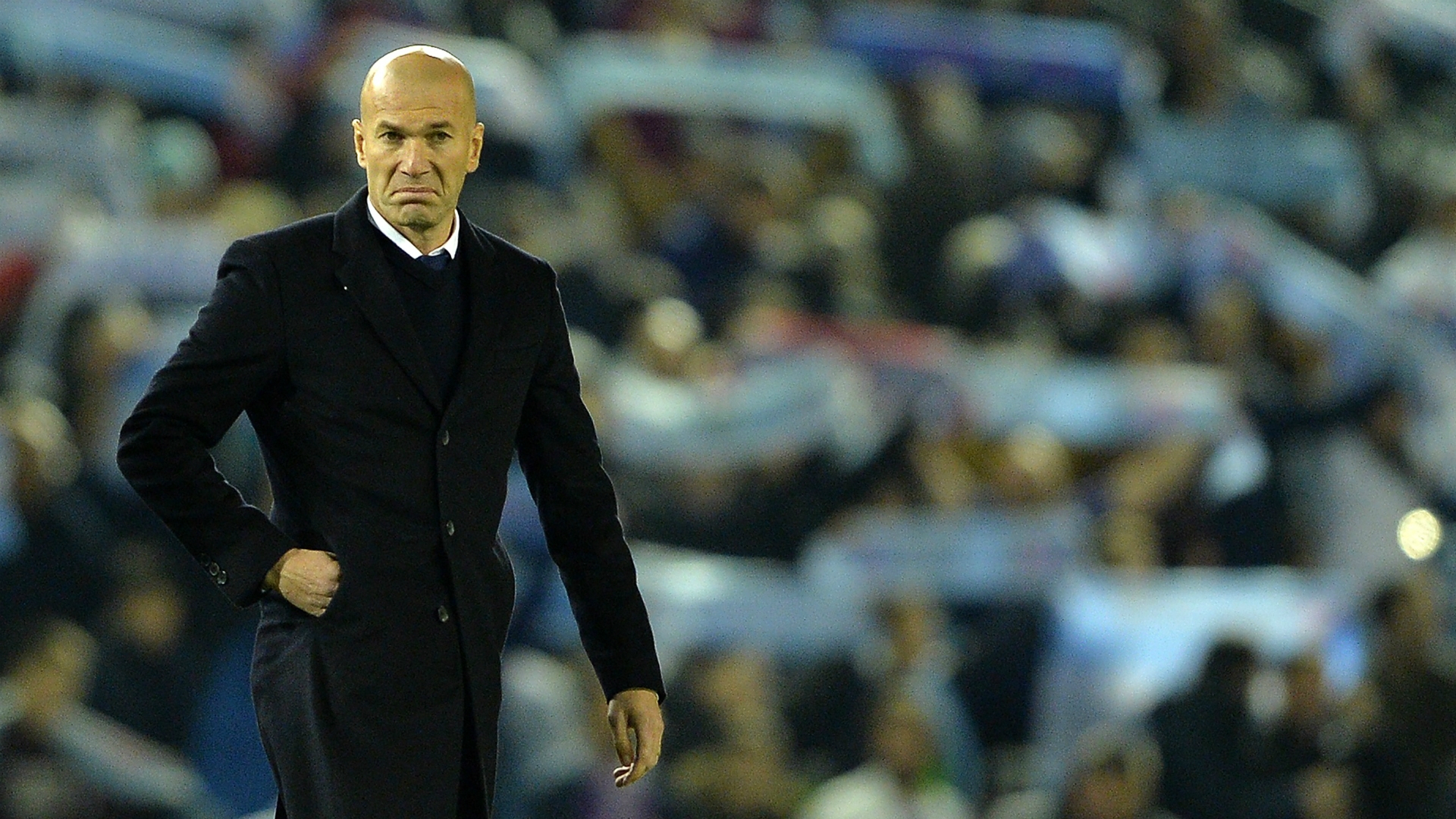 Real Madrid have been here before. After a superb 22-match winning run at the end of 2014, Carlo Ancelotti's team looked on top of the world. However, an injury crisis and a loss of form saw Los Blancos' season derail in the opening months of 2015.

History is now repeating itself. Zinedine Zidane's side set a new Spanish record by putting together a 40-match unbeaten streak. That was extremely impressive, but it ended with a 2-1 loss at Sevilla, was followed by a defeat by the same scoreline at home to Celta Vigo last week and on Wednesday, Los Blancos were unable to overturn that deficit in the teams' Copa del Rey quarter-final second leg at Balaidos.

So all talk of the treble will now be shelved. And although they lasted longer than last season (when they were thrown out of the competition for fielding the ineligible Denis Cheryshev), Madrid's Copa campaign is over prematurely for a third successive year.

In 2014-15, Ancelotti's Real were eliminated by city rivals Atletico in the last 16. This time their cup campaign ends in the last eight as Celta reach the semi-finals, the Galicians second best for much of the night - and also the tie - but still strong enough to prevail over two tense legs.

Madrid created little of note in a disappointing first meeting at a freezing Santiago Bernabeu. That was their second loss in a row after 40 games unbeaten, and even though Zidane's side returned to winning ways in La Liga by beating Malaga 2-1 on Saturday, they lost Luka Modric and Marcelo to injury in the process.

Player Ratings: Casemiro struggles at the back

With Gareth Bale still sidelined, James Rodriguez aggravating his injury and a number of others out, including Pepe, Dani Carvajal and Raphael Varane, who was excluded from the squad by Zidane, injuries are starting to take their toll.

Zidane surprisingly selected Casemiro at centre-back in Vigo, with Nacho and Danilo as the two full-backs. And it didn't work well. The Brazil midifielder was all at sea in his new position while the Spain defender was at fault for the first goal, which the former Porto right-back put past his own goalkeeper.

Further forward, Cristiano Ronaldo and Karim Benzema were getting in each other's way and the Portuguese hit the post from close range after he had headed against the bar. Things are not quite happening for the four-time Ballon d'or winner right now, though he did get his side back in it with a fine free-kick after 62 minutes.

But as Madrid pushed for a second which would have brought extra-time, Daniel Wass made it 2-1 on the night with five minutes left by directing a perfectly placed shot from the edge of the box into the corner.

With time ticking away, Zidane clapped on the sidelines. But two goals always appeared a tall order. Substitute Lucas Vazquez did score one to set up a grandstand finale, but Madrid's luck was out this time and Celta - excellent over the two legs - deservedly advanced.

For Madrid, Lucas' pace would have been useful earlier on. Ronaldo and Benzema, meanwhile, do not work well together in a 4-4-2, Danilo is still struggling and Casemiro in defence was an experiment probably better reserved for a less testing occasion than this one.

So Zidane made mistakes in tactics and team selection. After an amazing run to go 40 unbeaten, the injury crisis is finally hurting Madrid as the team's treble dream dies. Everyone at the club will hope they can cope in La Liga and the Champions League until Bale, Marcelo, Pepe et al return to action.