Julen Lopetegui's reign as Real Madrid manager got off to a historically bad start, as the European champions were beaten 4-2 in Tallinn by Atletico

No Ronaldo, no Zidane, and no trophy!

We knew before Wednesday's UEFA Super Cup final that Real Madrid would face Atletico Madrid without both Zinedine Zidane and Cristiano Ronaldo.

What we did not know was that the reigning European champions would also turn up in Tallinn without a defence.

Madrid's back four were wretched, badly beaten up by the brilliant Diego Costa, but ultimately undone by their own ineptitude.

Every goal Real conceded in their 4-2 defeat at the A. Le Coq Arena featured at least one horrendous error from a defensive perspective.

In that context, it would be wrong to apportion too much of the blame to Julen Lopetegui, especially given the usual pre-season rustiness and post-World Cup fatigue could well have been factors in his players’ shocking sloppiness, but this was a disconcerting debut for the Blancos' new boss.

Indeed, not since Michael Keeping in 1948 had a Real coach seen his side concede four times in his first game at the helm and that the defeat came at the hands of their city rivals only made the experience all the more galling.

Death, taxes and beating Atletico in European finals: they are the three constants in life, as far as Real fans are concerned. As a result, this loss will only heighten the sense of unease among the Bernabeu faithful ahead of the new season.

The build-up had been shrouded in enough uncertainty, as far as they were concerned. How would Real play without Zidane? How would they fare without Ronaldo? Why had their been no stellar summer signings?

The last thing Madrid supporters wanted to see, then, was such a horribly disjointed, disorganised display.

The strange and unsettling lack of solidity was evident from the off, too, with Real conceding the fastest goal in Super Cup history. Costa required just 49 seconds to open the scoring, taking advantage of not one, not two, but three Real errors. 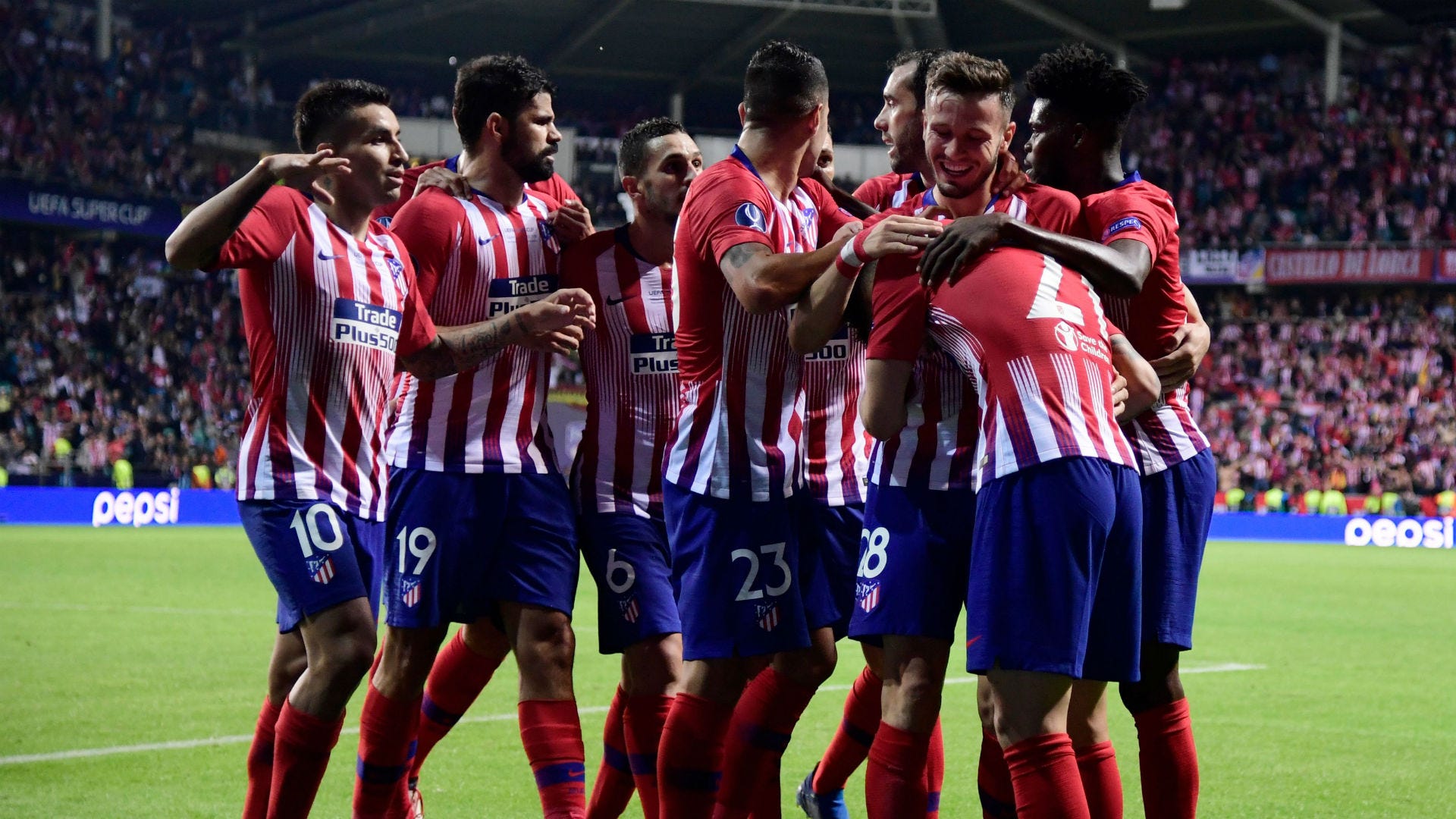 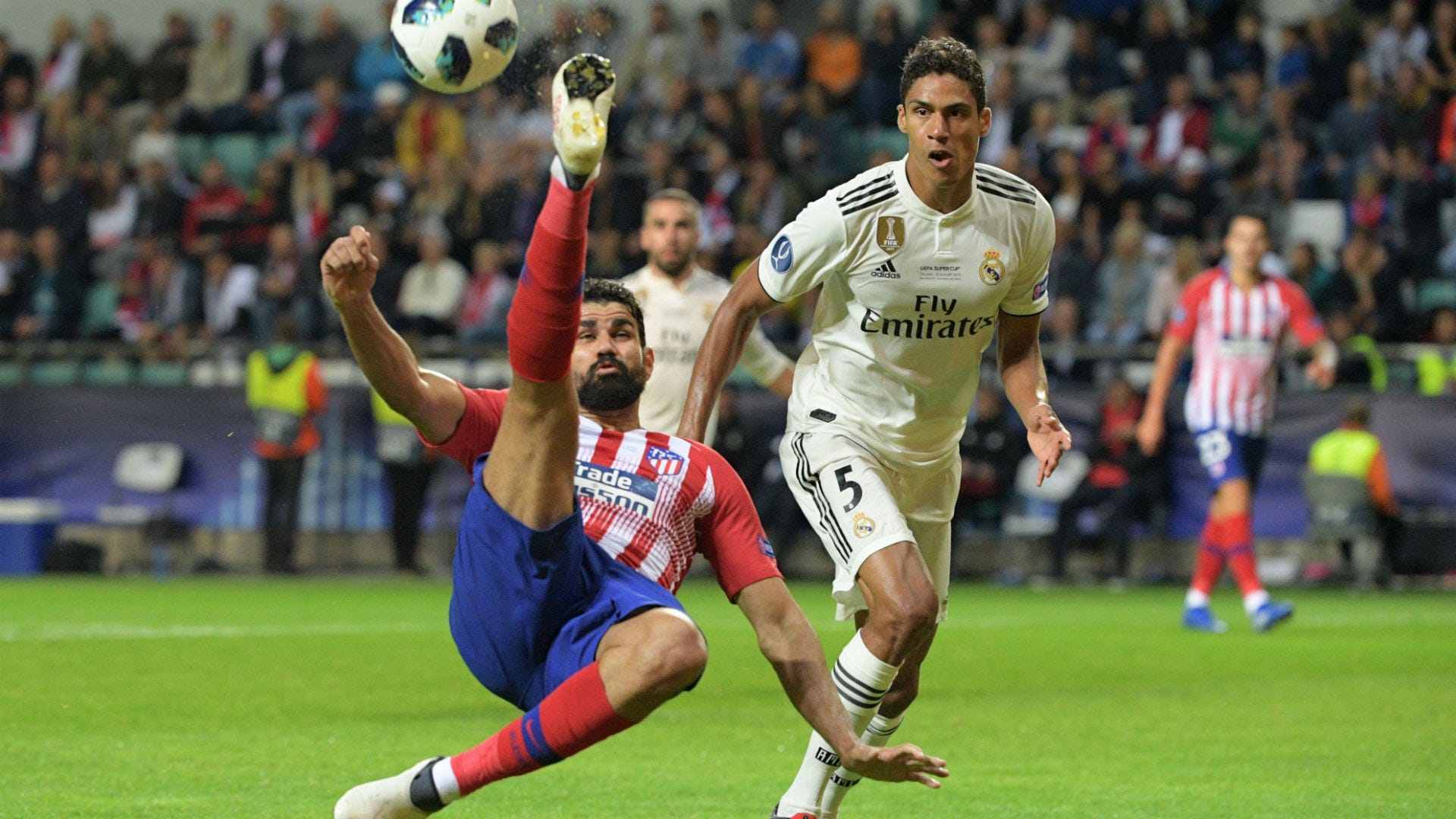 Sergio Ramos cut an uncharacteristically passive figure as the Atleti striker brushed him aside to win his own knock-on, while Raphael Varane got his footwork all wrong as he rushed across in a desperate attempt to snuff out the danger, thus allowing Costa to nod the ball past him.

Even then, though, Costa had no right to score from such an acute angle. His shot was fiercely struck but Keylor Navas was unforgivably beaten at his near post.

It was a goal that would have hit the Costa Rican hard. With new signing Thibaut Courtois ineligible to play in Estonia, the Super Cup represented an excellent opportunity for him to show that he will not give up his starting berth without a fight.

Instead, he merely gave Lopetegui a convenient excuse for dropping him for this weekend's Liga opener against Getafe. The goalkeeper may not be the only one benched either.

Varane got worse the longer the game went on and it was he who was dispossessed seconds before Atletico’s thumping third goal, from Saul Niguez.

Of course, Ramos, who had put Real ahead with a penalty, had done his central defensive partner no favours at all by needlessly putting him under pressure while facing his own goal and stood on the edge of his own box.

Dani Carvajal was also barged far too easily off the ball by Costa in the lead-up to Atletico’s killer fourth goal, while quite what Marcelo was trying to achieve by keeping the ball in play before Costa’s earlier equaliser is anyone’s guess.

Before the game, the question had been whether Real would carry the same cutting edge without Ronaldo but Marco Asensio did enough to suggest that he has a big season in him, while Gareth Bale and Karim Benzema combined for a terrific goal that served as a scintillating reminder of their enduring class.

However, they were unable to make up for the deficiencies of those at the back as Madrid conceded four goals against Atletico in a final for the first time.

The scary thing was that they could have conceded more than goals, with Real's dismal defence having been left completely exposed by Casemiro's withdrawal 15 minutes before the end of normal time.

Lopetegui had spoken beforehand about forgetting the past in order to continue making history in the future. Real losing a first final in 18 years was most certainly not what he had in mind, though.

Consequently, his present will not be about making more history but simply ensuring that his new Madrid side kick off their Liga campaign on Sunday looking something like their old selves.