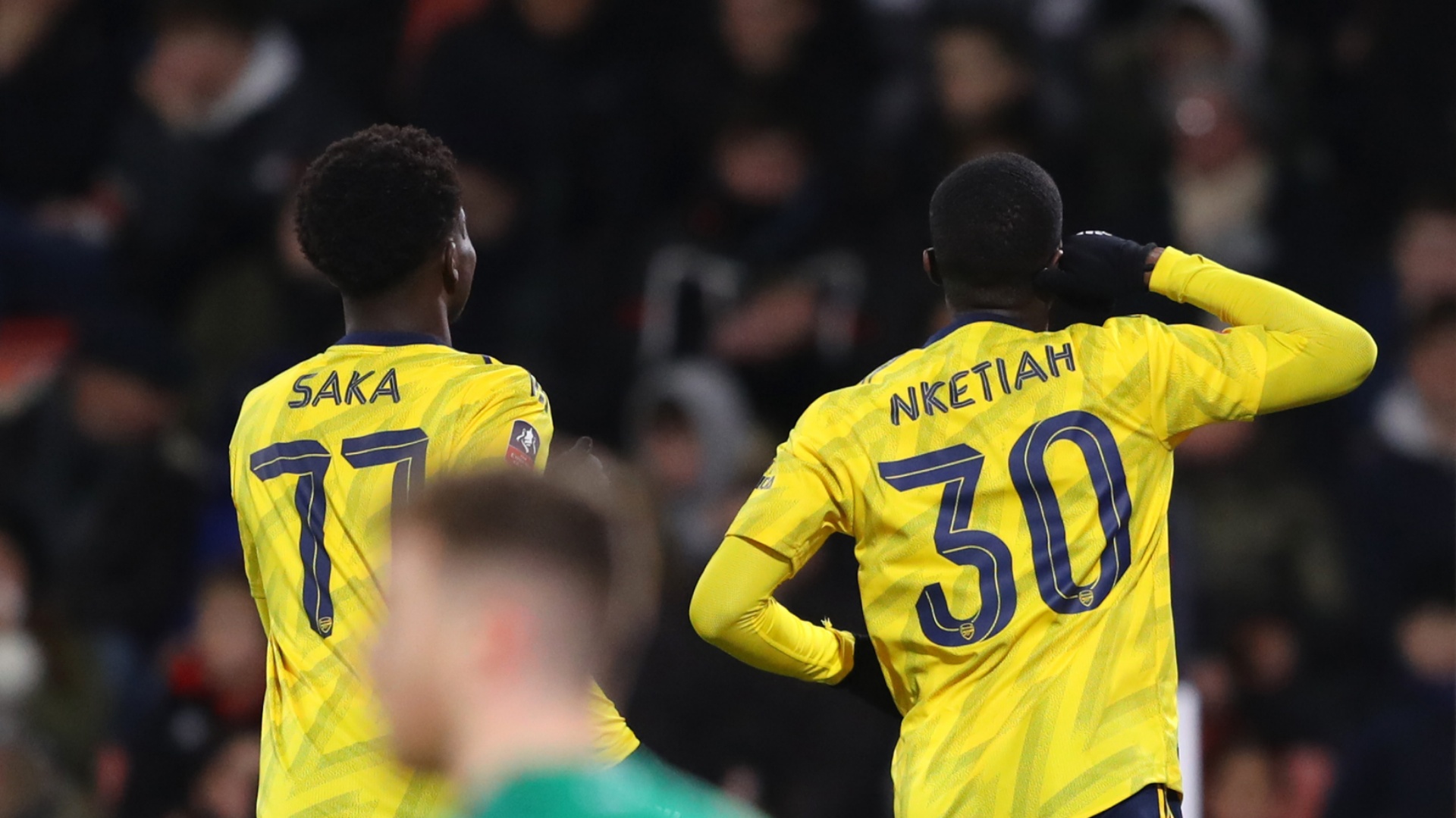 Eddie Nketiah’s opener in Sunday’s Premier League tie between Arsenal and Everton saw the Gunners get a goal and assist by two under-21 players.

21 - Nketiah's opening goal, assisted by Bukayo Saka, is the first goal that @Arsenal have netted in the Premier League that was scored and assisted by two under-21 players since September 2008, when Denilson assisted Nicklas Bendtner vs Bolton. Kindergarten. pic.twitter.com/IkhtDSxSc4

The last time this was achieved was in September 2008 when Nicklas Bendtner was assisted by Denilson in the fixture against Bolton Wanderers.

Nketiah levelled the scores for Mikel Arteta’s men after Dominic Calvert-Lewin had handed the Toffees a first-minute lead. Substitute Saka launched a lovely cross that the Ghanaian poked home.

The assist was Saka’s 10th of the season in all competitions and third in as many games.

Pierre-Emerick Aubameyang then gave Arsenal the lead six minutes later, before Richarlison’s effort ensured that the first-half ended 2-2 at the Emirates Stadium.

Both teams would go into the second half with the ambition of securing maximum points which would aid their top-four finish ambition.