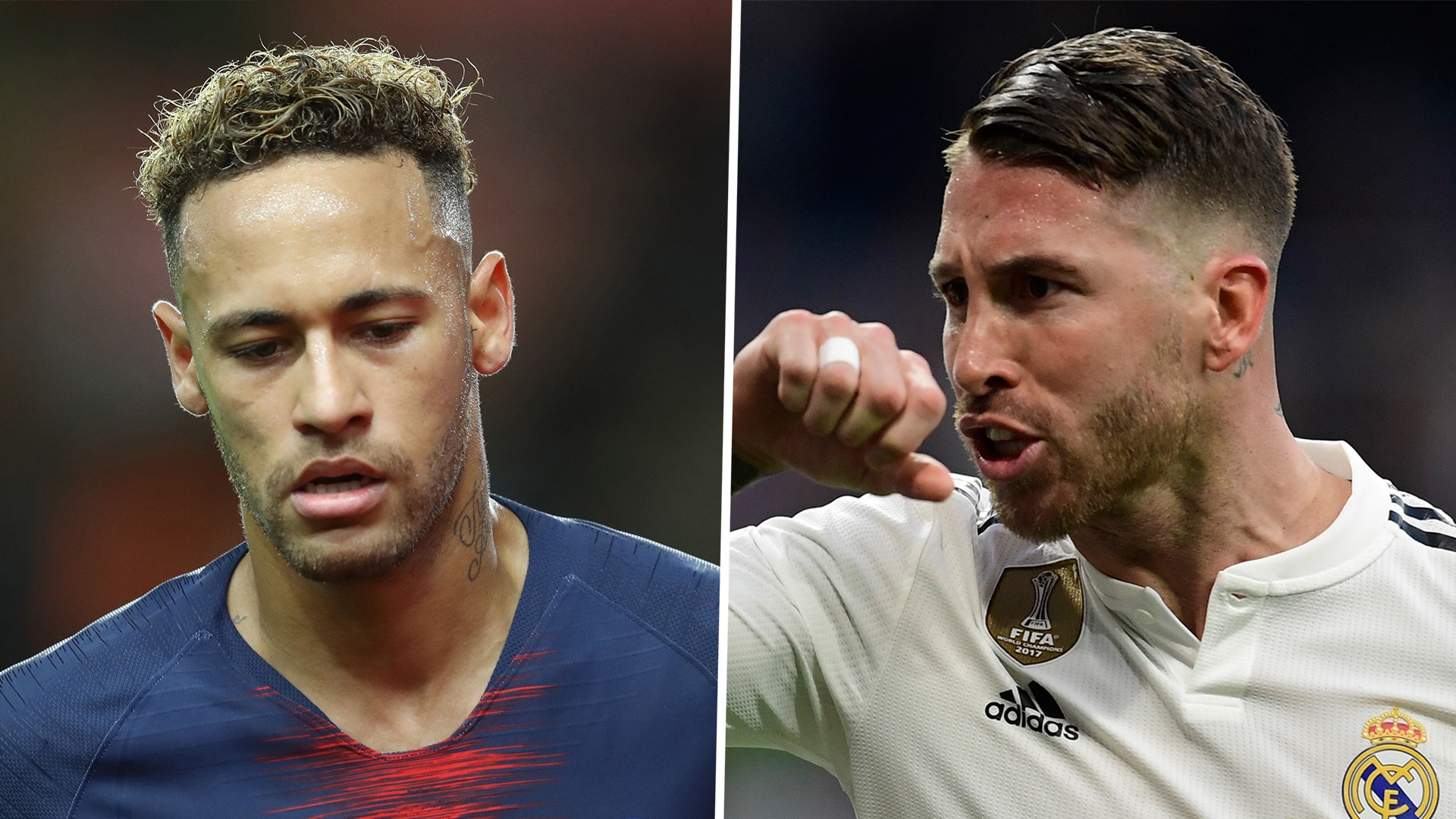 The Brazilian highlighted the talents of a Real Madrid duo when participating in a Q&amp;A promoting his global 'Neymar Jr's Five' tournament

Neymar has conceded that Sergio Ramos is the best player he has ever come up against, while also predicting that the Spaniard's Real Madrid teammate Vinicius Jr will eventually "compete for the Ballon d'Or".

The Paris Saint Germain superstar came up against Ramos on numerous occasions during his time in La Liga with Barcelona, before packing his bags and heading to France in 2017.

Neymar joined PSG in a world record £200 million ($251m) deal, with the intention of stepping out of Lionel Messi's shadow to become the best player in the world. His time in Ligue 1, however, has been blighted by injury.

The 27-year-old is now reportedly seeking a return to Camp Nou, but Real Madrid has also been mooted as a possible destination with summer transfer window speculation in full swing.

Amid an ongoing world tour for the 'Neymar Five' 5-aside tournament, the Brazil international sat down for a Q&A with Oh My Goal in the United States and expressed his admiration for the Real Madrid pair.

Neymar praised his old rival Ramos for his defensive prowess and ability to make a telling contribution in the final third, having witnessed his talent up close in El Clasico.

"He's very difficult to play against."

He also stated his belief that fellow countryman Vinicius Jr can become "one of the best" in the business, following the 19-year-old's breakout 2018-19 campaign at Santiago Bernabeu.

Neymar added: "Vinicius Jr, he's super young and while he may have many years ahead of him, I think he will become an incredible player.

"He'll become one of the best, he'll compete for the Ballon d'Or. I hope he gets everything he wants.

"He's a great kid, very kind. I hope he will go very far because he deserves it."

The ex-Barcelona winger also stated his belief that Lionel Messi is still the "best player in the world", admitting it was an "honour" to play alongside the Argentine at Camp Nou.

"For me, he's the best player in the world," Neymar said. "The best that I've seen play.

"We made a magnificent duo, it was a pleasure for me and an honour to play with him. And on top of that, he's my friend."