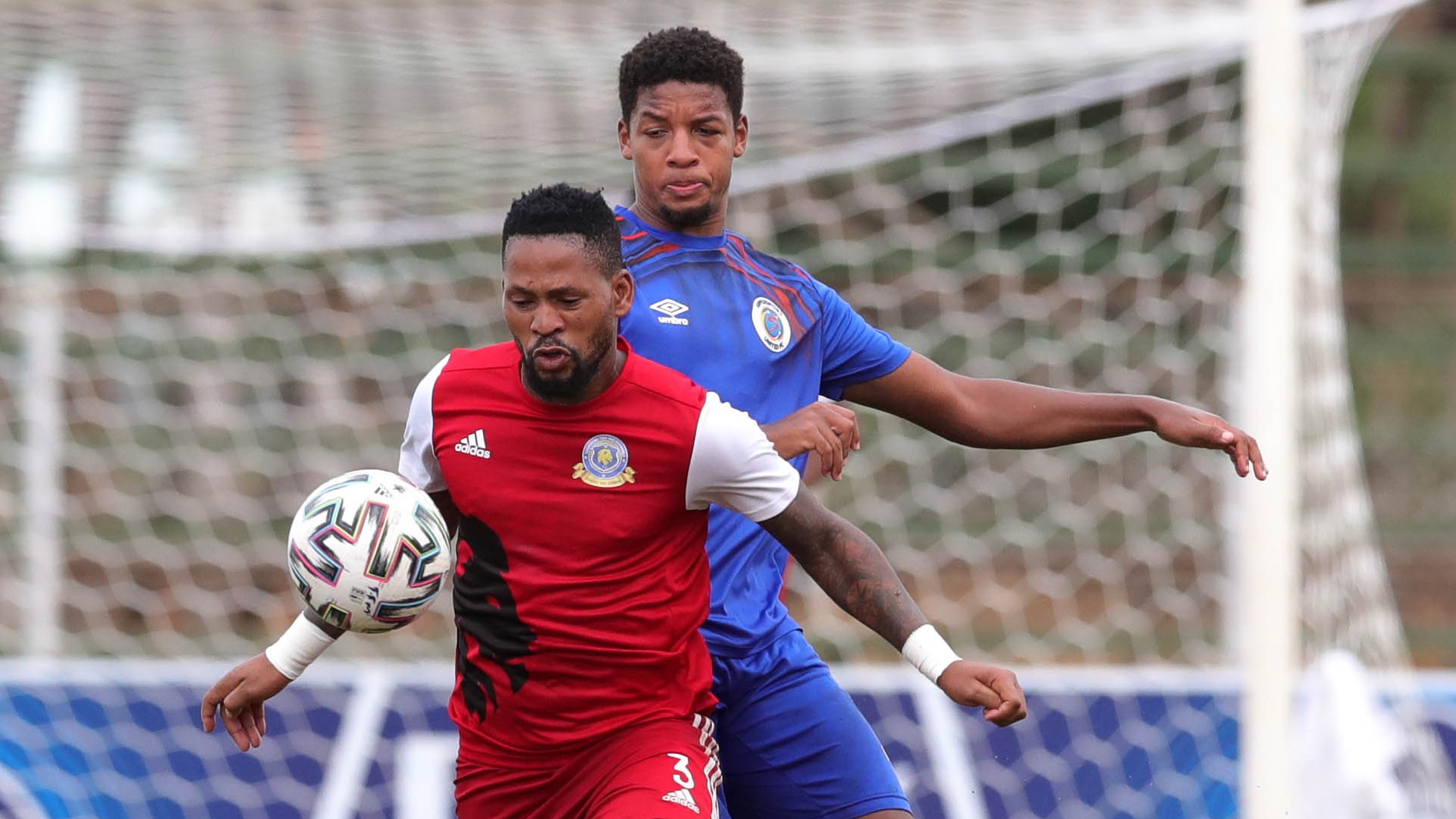 Tshakhuma Tsha Madzivhandila stunned SuperSport United 1-0 in a match which was played at Thohoyandou Stadium.

Thabo Mnyamane came back to haunt his former club as he scored the only goal of the match for TTM a minute after the hour-mark.

However, Tshakhuma goalkeeper Washington Arubi, who spent last season with SuperSport, was in top form on the night.

The 35-year-old shot-stopper pulled some great saves to deny strikers Rusike and Bradley Grobler in the closing stages of the encounter.

Ultimately, TTM emerged 1-0 winners and they reached the Last 16 for the first time since 2019.

While SuperSport, who have won the Nedbank Cup five times, were eliminated in the Last 32 round for the fourth year running.

The deadlock was broken in the 21st minute by Wassem Isaacs to make it 1-0 to All Stars but Ayanda Mvambi equalised for Chiefs just before half-time.

The visitors restored their lead just after the hour-mark through Ndiviwe Mdabuka as the experienced midfielder scored for the second time against Chiefs this season.

Jaisen Clifford, who has been plying his trade in Portugal for Condeixa, was introduced in the 73rd minute with Igugu Lekapa searching for more goals.

The attacking midfielder scored on debut to seal All Stars' 3-1 victory in the last minute of the encounter.

All Stars progressed to the Last 16 for the first time in the club's history. TTM and All Stars joined defending champions Mamelodi Sundowns in the Round of 16 after the Tshwane giants defeated Stellenbosch FC 3-2 on Wednesday.