The Euro 2016 champion has been out of the international picture recently, but he hopes a strong start with Orlando City could seal a return

It's been nearly four years since the members of Portugal's Euro 2016 squad cemented their status as heroes. And it was Nani, Portugal's joint-leading scorer that summer with three goals, who served as captain on the day of the country's biggest triumph after Cristiano Ronaldo was forced off injured.

It was his crowning achievement. He has won Premier Leagues, Champions Leagues, a Club World Cup, but that day was something special. It was one many thought would never come as Nani's childhood idols, players like Luis Figo and Deco, had never tasted international glory.

The 33-year-old Nani is now far removed from the Stade de France, the site of that final. He's now in Orlando City, the focal point of a team that has perennially underwhelmed. It's been nearly two years since he last represented his national team and four years since he played in a major international tournament, having been left off of Portugal's World Cup squad in 2018.

In recent years, the one-time negative perception of MLS has shifted as the league has gotten younger, better and more demanding. David Villa earned a Spain recall during his time in MLS. Sebastian Giovinco played himself back into contention for Italy. Stars like Alphonso Davies, Tyler Adams and Miguel Almiron have moved to Europe and thrived while the league is now littered with young internationals from countries like Argentina, Mexico and Colombia.

And that gives Nani hope of pushing for one last chance, one last tournament, one more call-up to to add his international legacy.

"I say that it’s good to bring in all this young talent, to give opportunity to young players like I did in the past, but I remember in my time, we were not so much young players in the big competitions. There were more experienced players than young players. It was a mix, and that helped a lot for the team to be more strong and with more ability to compete with the stronger teams."

He added: "You cannot just say that you are playing in the USA and that league is no good compared to others. No, it’s not like that. You have one of the best leagues in the Premier League, Spain, probably Italy, and then after that, MLS is not too far from others. You can compete with those other leagues. For sure, it’s a possibility, if I do well and I’m at my best, there’s a chance to come back to the national team, so I hope so!" 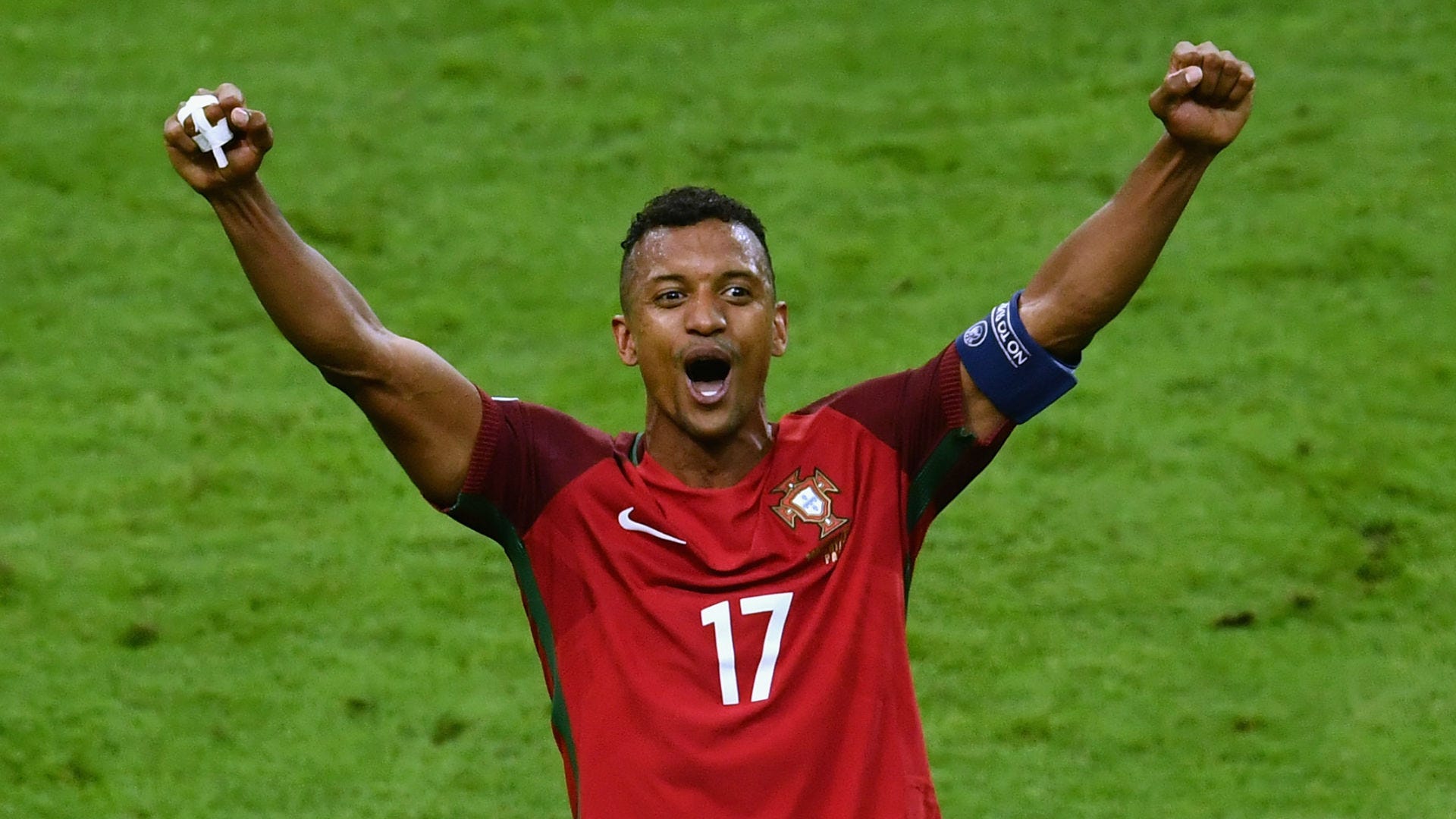 This summer is the fourth anniversary of Portugal's big moment, and much has changed since. The team has ushered in a new generation of players like Joao Felix, Bernardo Silva and Bruno Fernandes. They are also now reigning Uefa Nations League champions having won the tournament on home soil in 2019.

Ronaldo is in his second season with Juventus after stunningly leaving Real Madrid. Sanches is just now battling his way back into the picture after what turned out to be a failed move to Bayern Munich in the wake of that Euro 2016 triumph. Fernando Santos is still manager, but Portugal looks very, very different.

And those differences came to light in 2018, when Santos announced his final roster for the 2018 World Cup. Nani, Portugal's fourth-most capped player of all time, was on the 35-man preliminary roster. He was not in the final squad, though, as 10 members of Portugal's Euro 2016 team were omitted from the group that went to Russia. Santos said that Nani was one of several players that "couldn't complete the jigsaw" of that team, and he's a piece of the puzzle that hasn't fit since.

In 2018, Nani was in an uncertain situation. He had just spent the past season on loan from Valencia to Lazio, where he scored just three goals in 25 games. Later that summer, he would head home to Sporting C.P. in an attempt to rediscover his form. After years of relative consistency and stability at Manchester United, Nani was facing the most tumultuous period of his career, and he missed out on a World Cup because of it.

"The moment was not good for me with the club I was representing. The coach decided that he had to do what he had to do," Nani said. "The opportunity was there for other players that were doing better. It’s kind of just the moment. If you are doing well and scoring goals and performing very good, obviously there’s a chance for you to represent the national team.

"That’s why I want to perform well with my club this season and do my best and see if there’s a small opportunity for me to be there and represent my best as usual."

In order to have any chance of regaining a spot with Portugal, he must be special in MLS. His first season in the league was a success, at least from a personal perspective. Nani provided 12 goals and five assists, but a lowly Orlando City team failed to make the playoffs once again, a concerning habit for a club that continues to find a way to get it wrong year after year.

While MLS is catching up to other leagues, slowly but surely, there are still areas that the league lags behind. One such issue, Nani says, is refereeing. The Portuguese star is suspended for the first two matches of the MLS season from an incident that occurred at the end of 2019, giving him a late start to the campaign.

But there are other things Nani is still adjusting to. Following the departures of Wayne Rooney, Zlatan Ibrahimovic and Bastian Schweinsteiger, you could certainly argue that Nani is the most recognisable European face in MLS these days. He's far and away the most recognisable face for Orlando City, and that makes Nani a mentor, a role model, a leader for his club. 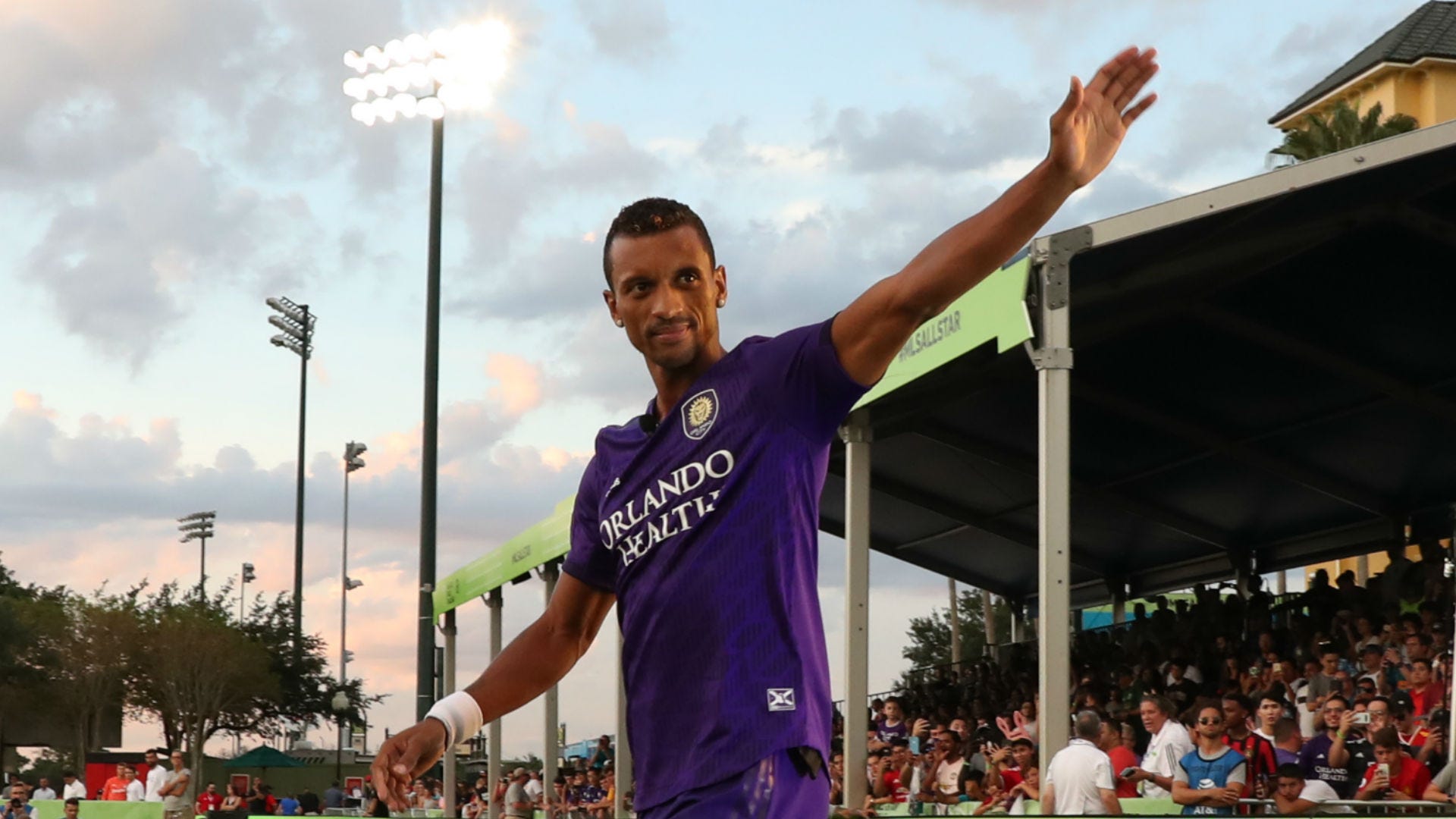 "The young kids, I give them motivation," he said. "The way I tried to teach some things they don’t know yet or the way I try to motivate every player to be ready for a game, these kinds of things, as a captain, I learn a lot. I know certain things that, if I say in a certain moment, will help a lot for our team."

Those roles are what Nani believes he can bring to Portugal this summer and beyond. At 33, the winger still has plenty of career left, but he has also been around long enough to find comfort in his role as a leader.

It's the role he wants to assume should he get another international chance, but it's far from a guarantee. Santos has called in a total of 36 different players over the last year and only three outfield players (Ronaldo, Pepe and Fonte) are older than Nani. In terms of attacking talent, Portugal have Bernardo, Goncalo Guedes and Diogo Jota while Felix and Andre Silva can feature alongside Ronaldo up top.

Nani understands that he isn't quite the electric winger from Manchester United anymore. He realizes that there are younger, faster, more dynamic options in the pool. But something he could provide that those others couldn't is perspective, leadership and, perhaps most importantly, the experience of having lived through the best moments in this team's history.

"All of those stars, all of the best players that have been with the national team, the best teams we had in the past, they were so close and they couldn’t. We made a fantastic team in 2016 and we made that happen for our country. That’s what makes this generation so special."