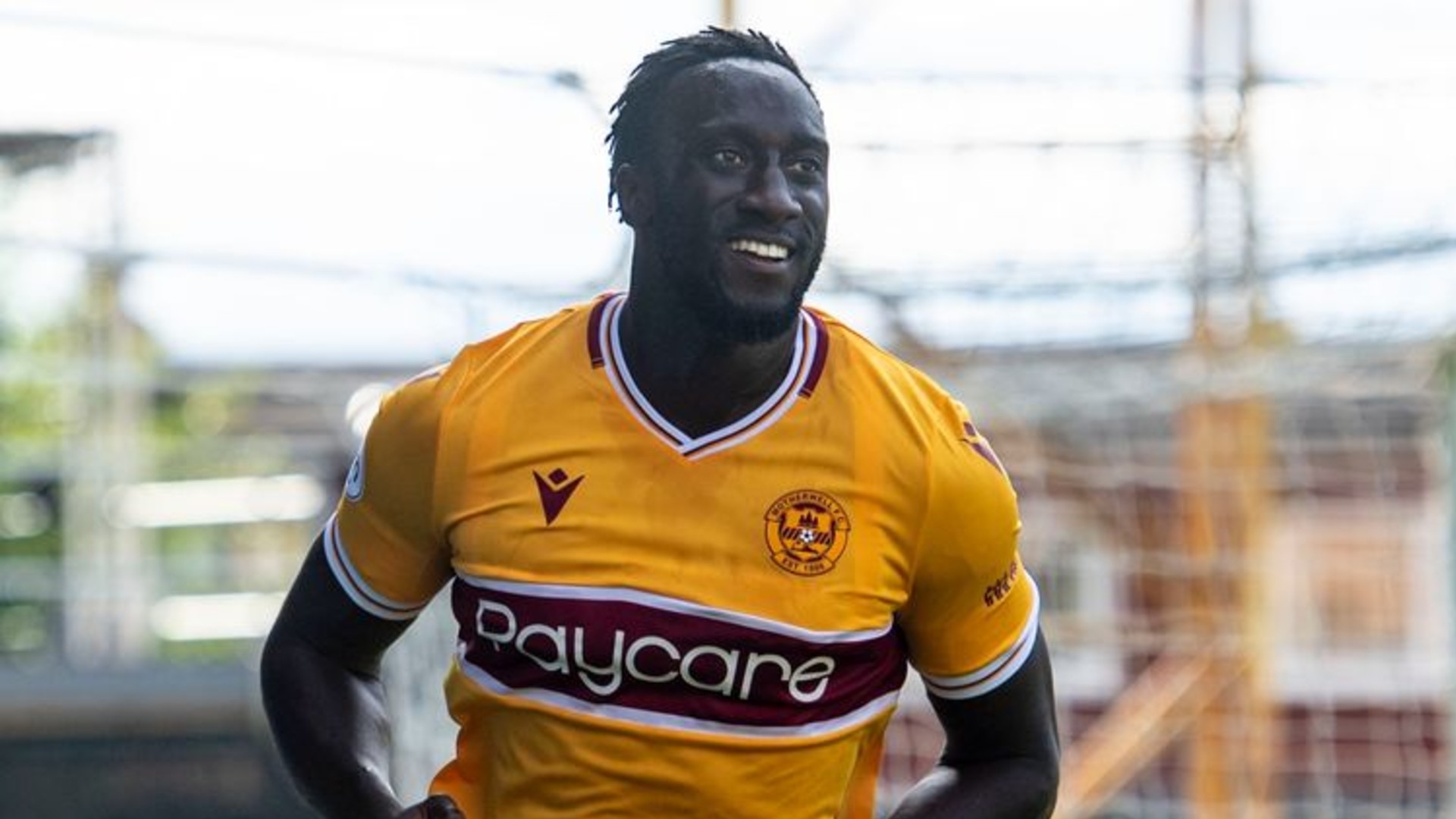 Uganda international Bevis Mugabi was on target as Motherwell suffered their first defeat of the season going down 3-2 against Hibernian in the Scottish Premiership on Sunday.

Kevin van Veen and Mugabi scored for the home team in the 12th and 29th minutes before Kyle Magennis, Christian Doidge and Martin Boyle won it for the visiting side with goals in the 17th, 56th, and 70th minutes respectively.

It was new signing Kevin van Veen who put Motherwell ahead in the 12th minute after finishing off a cross from Jake Carroll but Hibernian were level five minutes later after Magennis powered home from close range.

Mugabi, who was making a comeback to the team after recovering from his shoulder injury, then restored the home side’s lead in the 29th minute after Carroll delivered the ball from a free-kick and the Ugandan player hit it with his head. The ball bounced inside Matt Macey’s right-hand post and into the net.

With Motherwell heading into the half-time break enjoying a 2-1 lead, Hibernian returned for the second half with a different approach as they turned the game in their favour after Christian Doidge levelled the scores minutes after coming on in the 56th minute.

Jack Ross’ side then won the game in the 70th minute when Boyle rose to the occasion to score from the penalty spot after defender Stephen O’Donnell was adjudged to have handled the ball inside the box.

Despite sustained late pressure from Mugabi’s Motherwell to snatch a draw from the game, Hibernian remained tight at the back to win the fixture at Fir Park.

It was a good display by Mugabi, who played alongside Ricki Lamie at the heart of the defence, and his performance could be good news for new Uganda Cranes head coach Milutin ‘Micho’ Sredojevic, ahead of the upcoming World Cup qualifying matches in September.

Mugabi was eligible to represent England or Uganda at the international level but he opted to feature for the East African nation and in August 2016, he was handed his first call up to the Cranes squad for their friendly against Kenya and their 2017 Africa Cup of Nations qualification match against Comoros.

Though Mugabi did not manage to play during the time after he was withdrawn from the squad by Yeovil Town, who cited the short notice of the call-up, he finally made his debut for Uganda on March 24, 2018, in their 3-1 friendly victory over Sao Tome and Principe.

In the World Cup qualifiers, the Cranes are pooled in Group E alongside Mali, neighbours Kenya and Rwanda.