MTN8: Orlando Pirates did not have ‘a good solution against Swallows FC’ - Zinnbauer 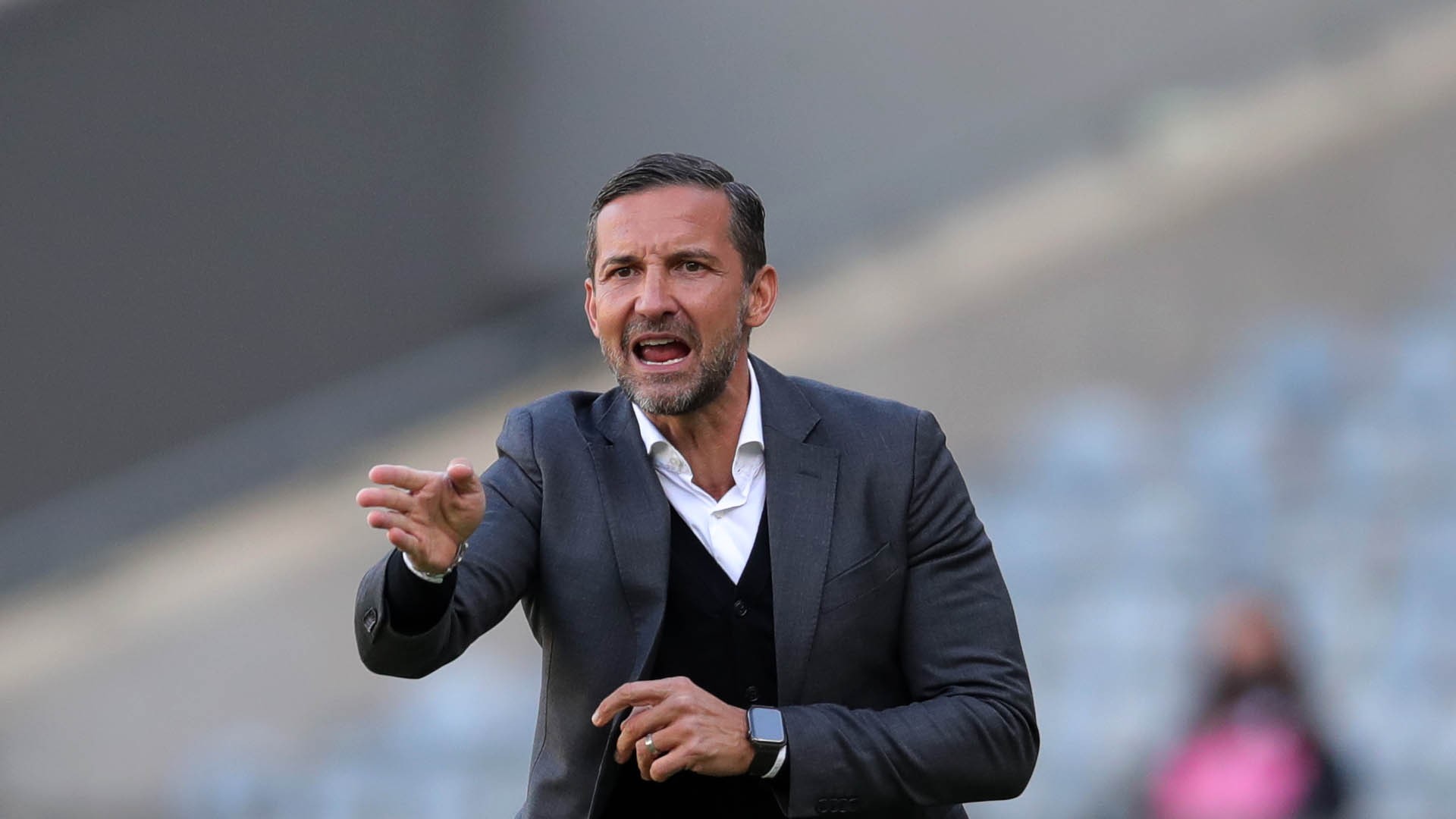 Orlando Pirates coach Josef Zinnabuer has conceded their response in trying to claw their way back into the game against Swallows FC was not the perfect reaction as they bowed out of the MTN8 at the quarter-finals stage.

The Soweto giants lost 2-1, succumbing to Ruzaigh Gamildien’s brace scored in the opening 23 minutes of the match before they hit back through Kabelo Dlamini’s penalty on the 30-minute mark.

Zinnbauer says their attempts to change “positions and structure” did little to help them get back into the game.

“Bad result, bad start in the first half. Not a good solution against a high pressing Swallows,” Zinnbauer told the media.

“[We made] a lot of mistakes. We gave Swallows a chance. We tried to get a little bit of some confidence back after their two goals.

"Second half we changed some positions, changed the structure a little bit in terms of build-up and we were much better then. But it was not enough.

“In the final third we had a lot of opportunities to score. Normally you have to score two or three times but we lost the game and it was a very bad day for us especially in this derby, the MTN8. Last season was a good MTN8 season for us but now we are out and we are very disappointed.”

At the beginning of the second half, Zinnbauer pulled out his wing-backs Bongani Sam and Wayde Jooste, and captain Happy Jele and new signing Bandile Shandu were then introduced.

“It was more tactical. Sam plays in this position,” added Zinnbauer.

“[Innocent] Maela was out and [Paseka] Mako was also out so Sam was the first option for us but he was not in the game and we decided to change and bring some freshness in. Wayde made some mistakes and we gained a little bit of self-confidence in other players.

“You see, Happy was in and he organised the defence very well. In the second half, we were going forward and we tried what we could. We had chances to score but we didn't score.”

Zinnbauer had some criticism directed towards him for starting the match without a natural number nine as he opted for Deon Hotto to spearhead their attack while Frank Mhango was a late introduction.

With Tshegofatso Mabasa and Zakhele Lepasa not available, the German admitted that signing a striker is now a priority although he hinted that his forwards are not following his instructions.

“It is always the best thing for a coach [signing a striker]. We have strikers but we have to work with the guys we have,” Zinnbauer continued.

“The strikers have to understand the discipline and the rules in the squad. But if they don't follow the rules, sometimes it is the reason we have to discuss. But today we didn’t have Lepasa and Mabasa.

“They are strikers who can help us but today Hooto and Fortune [Makaringe] had opportunities. The time is coming and the players will come back. For the moment we have to work with these players who are available.”