The announcement of the formation of a new Super League may have overshadowed the Special One's Spurs sacking, but the writing has been on the wall

Jose Mourinho has been sacked, but it is news of secondary importance on Monday.

Tottenham will have a new manager soon, but so what?

There is a deep feeling of unease following the announcement of a proposed new Super League. Spurs are already signed up for the new tournament, in perpetuity, rendering their participation in the Premier League redundant.

They might be kicked out of it by the end of the week but, even if they remain inside England’s football pyramid, Tottenham – and the five other English clubs who signed up – might have brought about its demise.

Daniel Levy may have hoped sacking Mourinho distracts from the Super League announcement, but he is sorely mistaken.

The manager of Tottenham, the upcoming Carabao Cup final, the final six games of the Premier League season: as soon as Spurs dropped that press release last night, they rendered all of it irrelevant.

The Super League news - seismic and irreversible, no matter the outcome in the bitter war to follow – has coloured every piece of breaking news, transfer gossip, and match preview, and yet the circus rolls on.

And so, for now, let us put to one side the Super League and think on Mourinho’s sacking as we would have done 24 hours ago.

From this perspective, it is a story of a manager who, too convinced of his own genius, became trapped in the past and of a chairman who was one of the few people in football unable to see it. 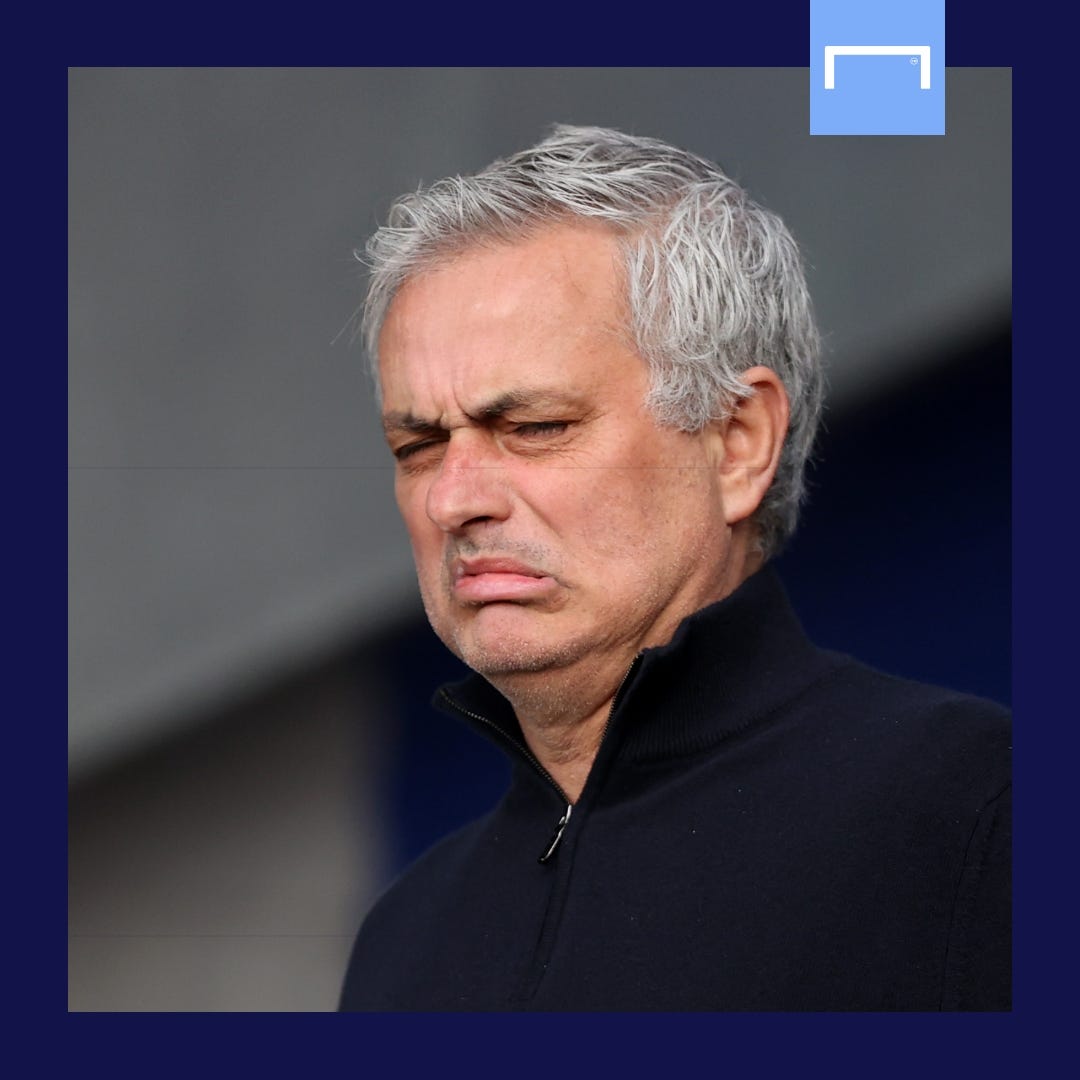 What is perhaps most extraordinary about Mourinho’s tenure, from a purely footballing perspective, is that virtually every play – every tactical mistake, every self-preservationist press conference, every fresh report of dressing room toxicity – was so entirely predictable.

From the outset, the tactical shift jarred horribly. Mauricio Pochettino’s hard pressing and ultra-detailed attacking lines (you could write a book on his delineations of using space) represented the best of modern football tactics and a far cry from the style that Mourinho has deployed since the beginning of the century.

The Portuguese has always relied on improvisations while in possession, trusting his players to solve their own problems and win the moments – chiefly on the counterattack. His compressed midblock, fiercely delivered alongside a destructive mindset, aimed to provide a foundation built on defensive resilience.

Put simply, this does not work anymore.

The game has changed considerably since Mourinho famously developed this approach in direct opposition to the progressive strategy repopularised by Pep Guardiola, and his desire to cling onto these methods speaks to an egotism that is so often the undoing of the greats.

Over the last decade, the growing financial divide between the elite clubs and the rest has made football tactics overwhelmingly territorial.

The economic imbalance has created an ‘us-and-them’ tactical landscape that demands the big clubs dominate possession, in turn forcing the elite clubs to invest in possession-based strategies that focus on how to stretch and unlock a deep defensive blockade. It has become the fundamental prerequisite for the likes of Spurs, and one that leaves Mourinho’s style distinctly untenable.

It explains why Chelsea have responded so well to the ultra-detailed instructions of Thomas Tuchel – who tells his players exactly where to pass and move together, suffocating the opponent and pulling them out of their shell – and it explains why Spurs have so often looked creatively bereft.

Everything seemed to filter through Harry Kane and Son Heung-min, and while Tottenham began the season brightly, it was perhaps inevitable that the system could not hold. 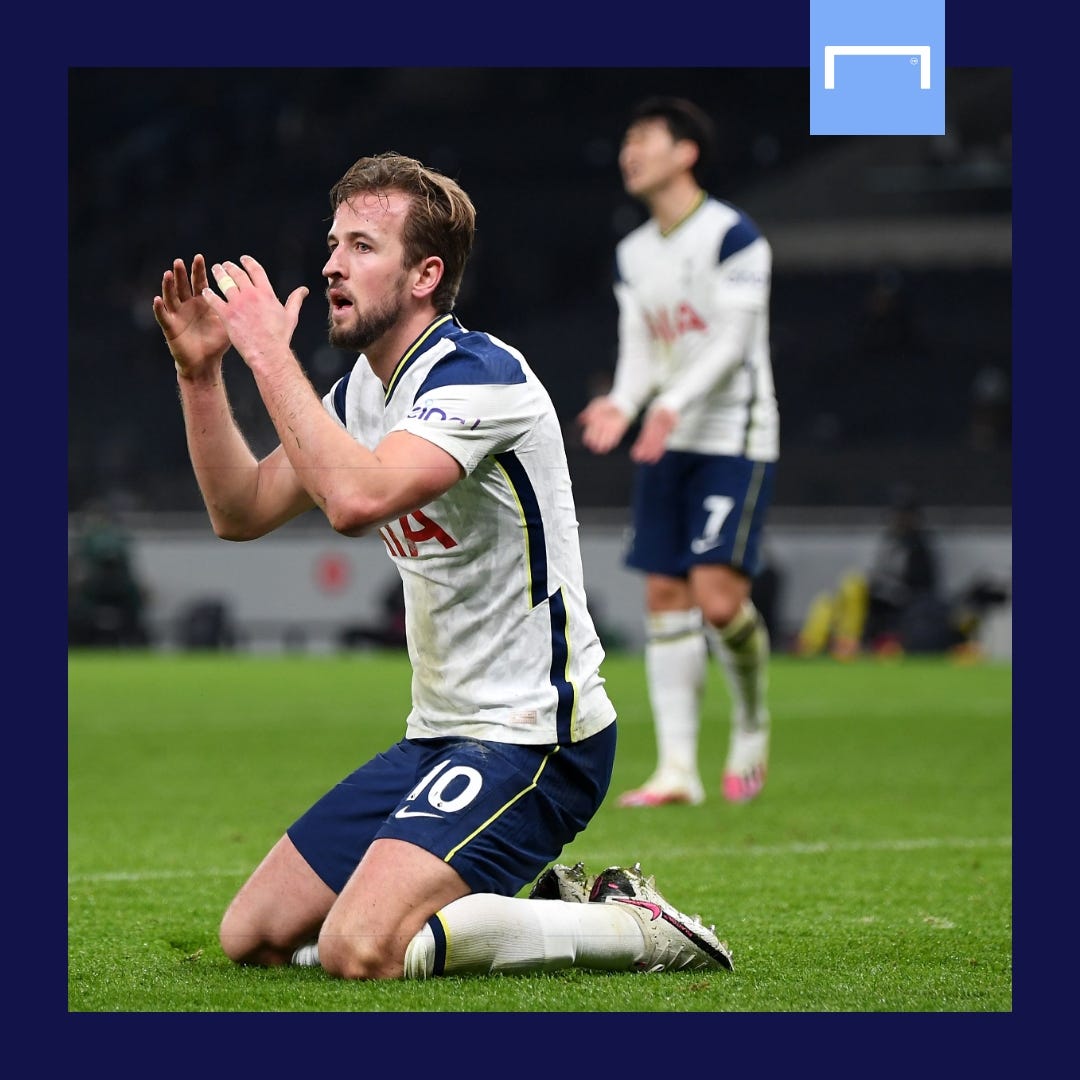 Tactical individualism is prone to the whims of form, and as opponents began to get to grips with the interactions between Kane and Son, Spurs had no answer.

In football, standing still is the same as moving backwards. Every elite coach must constantly work to update and evolve their tactical strategy to keep with the times. Mourinho’s basic inability to do that has led to his demise at Tottenham.

Then again, Mourinho apologists would point to the fact only three teams have scored more than Spurs’ 53 Premier League goals this season; that it was only defensive errors that cost them. Nobody has dropped more points from winning positions than Spurs’ 20, and in years gone by taking a narrow lead would have been enough for a Mourinho team.

But herein lies the second major example of how football has moved on from Mourinho.

Whether players really have gone soft or whether their generation simply expect greater respect and emotional maturity, Mourinho’s decision to shun players, to throw them under the bus, and to create a bitter and cynical environment only serves to shrink, not inspire.

Tottenham’s defensive problems may not be a coaching error, but they are nevertheless the coach’s responsibility. Mourinho created an environment of fear, of timidity and self-destruction, and the result was evidenced every time Spurs would go a goal up only to retreat - physically and mentally - as fragility built on fragility.

Fear is no way to manage a big club in 2021. Neither is defensive pragmatism over the progressive tactical approach demanded of clubs who – through their own financial power – pushed the opposition into cautious defensive shapes.

Levy knows all about financial power and all about being ruthless. In firing Mourinho a week before the Carabao Cup final he has ensured there is simply no way the former Chelsea boss can spin his trophy-less tenure as a success.

But then again, for once, Mourinho is not the one taking the flak in all this.