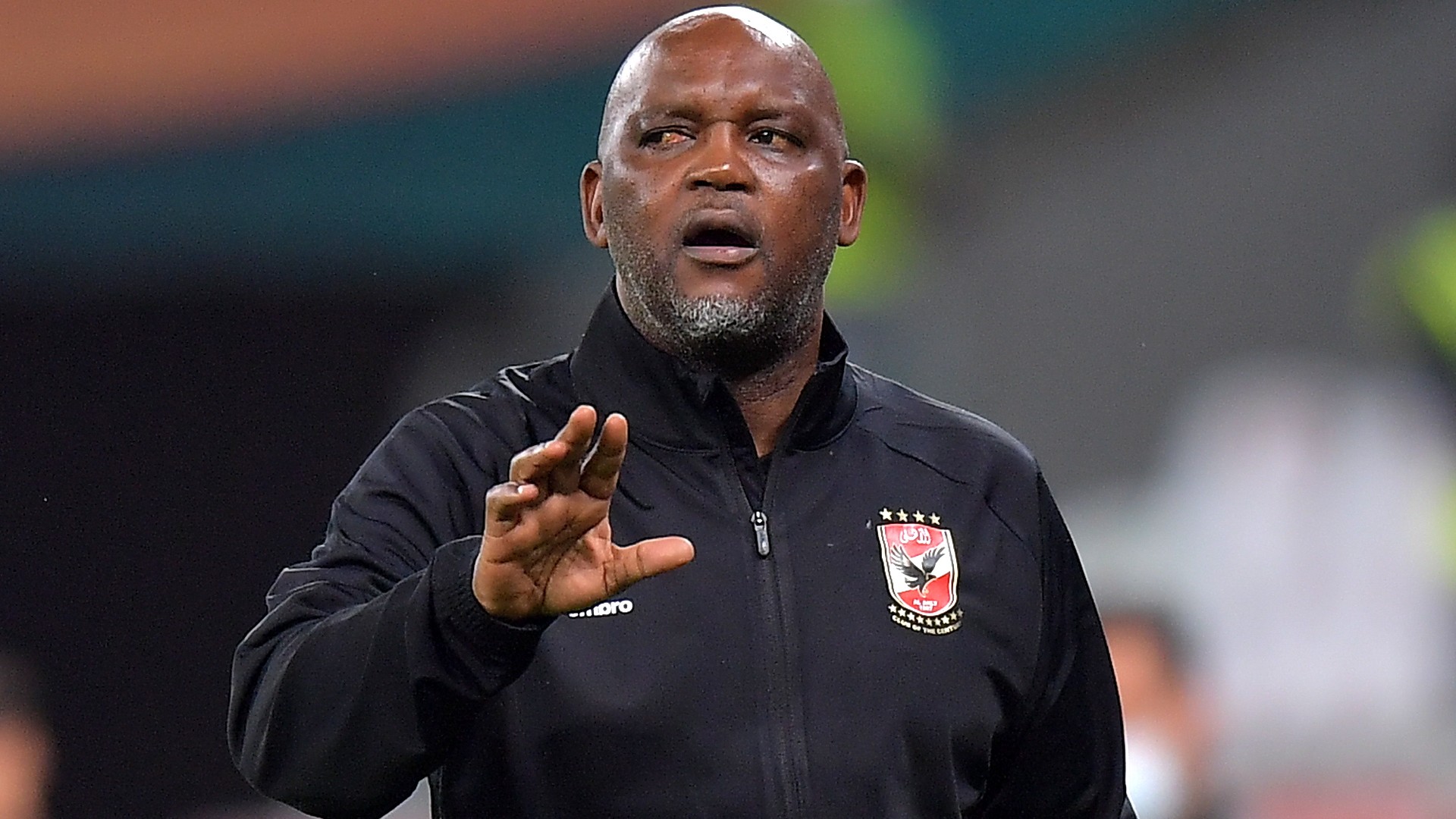 Al Ahly have announced that the club's head coach Pitso Mosimane will remain at the club until the end of the season.

This comes after recent reports emanating from his home country, South Africa, indicated that he could leave the Egyptian football powerhouse after he failed to agree on a new deal with the club.

With his contract with the North African giants set to expire in June 2022, Mosimane is reportedly demanding a new three-year deal worth $200,000 per month with the club unwilling to agree to his demands.

Al Ahly's head of Al Ahly’s transfers and marketing department Amir Tawfik has now refuted the reports by stating that Mosimane has not asked for any increase in his salary.

Tawfik also made it clear that the Red Devils want the former Mamelodi Sundowns coach to stay as they still believe that he has what it takes to fulfil the goals and expectations of the club.

"Tawfik announced that Mosimane will continue his current contract with the club, which lasts until the end of the 2021/2022 season, without any pay raise.

"Tawfik added that Mosimane did not ask for any increase in his salary and that the club wants him to stay because Al Ahly is convinced with his ability to fulfill the goals and expectations of Al Ahly fans.

"Additionally, Mosimane expressed his happiness to work at Al Ahly and stated that he wants to continue his mission with the African Club of the Century.

"Finally, Tawfik concluded by saying that the discussions went in a friendly way about the team's future and that both parties agreed on settling all the matters by the end of the current contract."

Mosimane quickly confirmedAl Ahly into the best football club in Africa after joining the Red Devils in October 2020 - leading the team to two successive Caf Champions League titles in 2020 and 2021.

The accomplished tactician also steered the Red Devils to the Caf Super Cup and Egyptian Cup triumphs, before leading the team to a third-place finish at the 2020 Fifa Club World Cup.