After coaching at SuperSport United, Mamelodi Sundowns and Al Ahly in Egypt, this is the South African's first job outside of the continent.

One of Saudi Arabia's biggest and oldest teams, Al Ahli are steeped in history and very well supported - this will most definitely be a high profile job for Mosimane.

That won't be new to him though when considering the kind of scrutiny and pressure he's been under with the PSL's current top club Sundowns, at Africa's greatest team ever, Al Ahly, or indeed with the national team, Bafana Bafana.

What adds another dimension to Mosimane’s move is that Al Ahli are currently competing in the Second Division in Saudi Arabia. It’s not an arena one might have expected the three-time Caf Champions League winner and one of the greatest all-time African coaches, to find himself in.

It also perhaps shows the lack of opportunities in Europe available to African coaches. And ultimately Mosimane would surely love to test his talents on those stages, where so many of the world's best players compete.

Of course a move to Saudi Arabia and one of it's most decorated clubs could be a potential stepping stone for Mosimane. 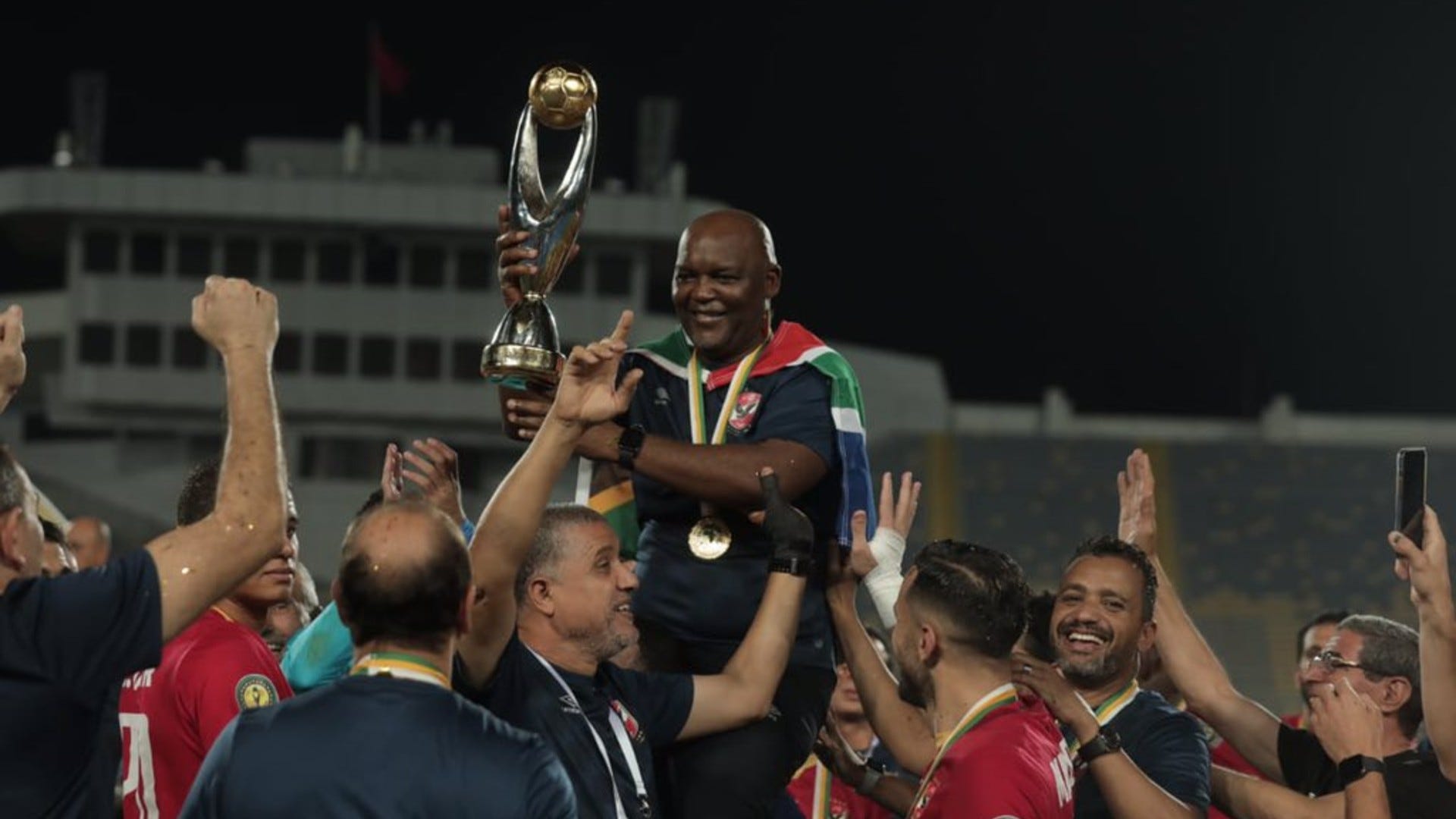 Ideally in terms of his CV and no doubt in terms of his ambition, Mosimane will need to fire his new club straight back up into the top division and get them quickly challenging for honours both domestically and in the regional Champions League competitions.

It’s a lot to ask in today’s football world where a season without success can often be too long. Being a foreigner won’t make his job any easier.

And based on the club’s recent record of changing coaches, Mosimane will need to become the exception to the rule.

According to Transfermarkt, the Saudi club have had 14 different coaches in charge since April 2018.

That means on average, each coach has not even lasted five months.

Certainly it's a new challenge for Mosimane as previously he's come in at clubs who were already up near the summit.

Not to say he was ever handed anything on a plate and his achievements speak for themselves. But this will definitely be something different to what he's ever done before - which is not a bad thing - and South Africans will be hoping Mosimane does himself and the country proud on this latest chapter in his incredible coaching career.

A new chapeter on a new continent

Is Mosimane's move to Al Ahli a step in the right direction?