Mooy revels in Huddersfield's promotion to the Premier League, but won't discuss future 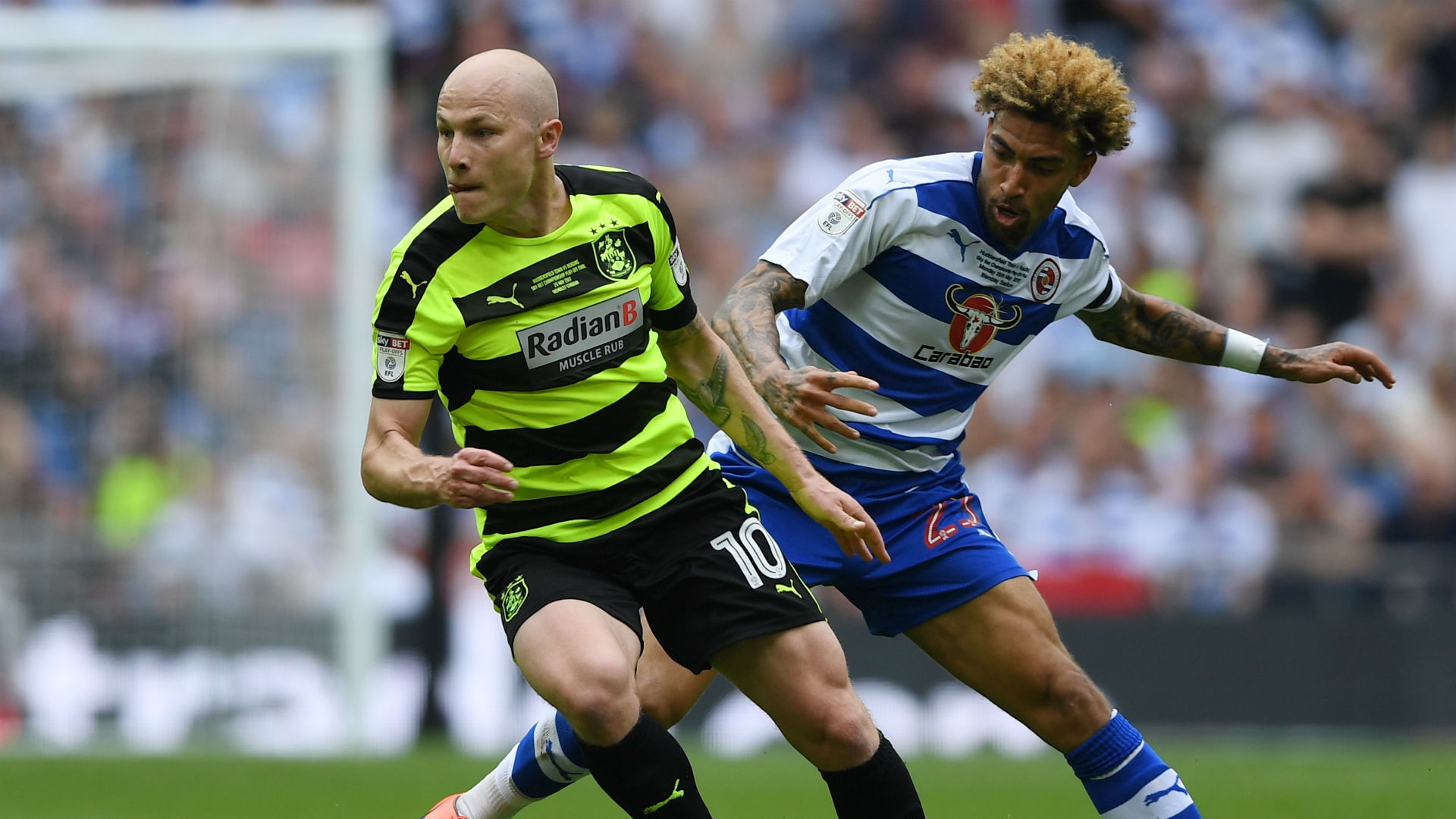 The Australia international converted from the spot in a penalty shoot-out victory over Reading, but will be due back at Manchester City this summer

Aaron Mooy is focused on the present, not his Manchester City future, after helping Huddersfield to the Premier League.

The Australia international helped to pull the strings in midfield for the Terriers as they took on Reading in the Championship play-off final.

He was unable to create an opening in 120 minutes of action at Wembley, but held his nerve in a penalty shoot-out to help fire the Terriers to the top-flight and victory in football’s richest fixture.

Having impressed for Huddersfield over the course of the 2016-17 campaign, netting four times in 50 appearances, he is likely to be a wanted man this summer, but the 26-year-old is eager to enjoy a remarkable success before thinking about his next move.

He told Sky Sports after seeing David Wagner’s side defy the odds to end a 45-year spell outside of the top tier: “It's hard to speak right now.

“The penalty shootout wasn't nice but we hung in there and gave it everything.

“From the first day they treated me like I was an actual signing, I'm very grateful and glad to be part of it.

"I don't know what my plans for next season are yet. I'm just trying to enjoy the night. I didn't want to talk about it until the season was over.”

Another of Huddersfield’s loanees to have enhanced their reputation this season is Izzy Brown, with the midfielder having joined from Chelsea in January.

He missed a gilt-edged chance against Reading, but has caught the eye in the Championship and believes he has benefited greatly from the experience.

Brown added, with Huddersfield having previously seen off Sheffield Wednesday on spot-kicks in the play-off semi-finals: “It's a great achievement for all of us. To do it twice on penalties is amazing.

“You see every day how hard we work, every player give 100 per cent and I think it's shown through the season we deserve this.

"This is my first time at Wembley and it's bigger than what you think on TV, and to see so many fans is amazing."

Victory for Huddersfield could be worth as much as £200 million, with the club now in a position to draw up plans for the summer transfer window.