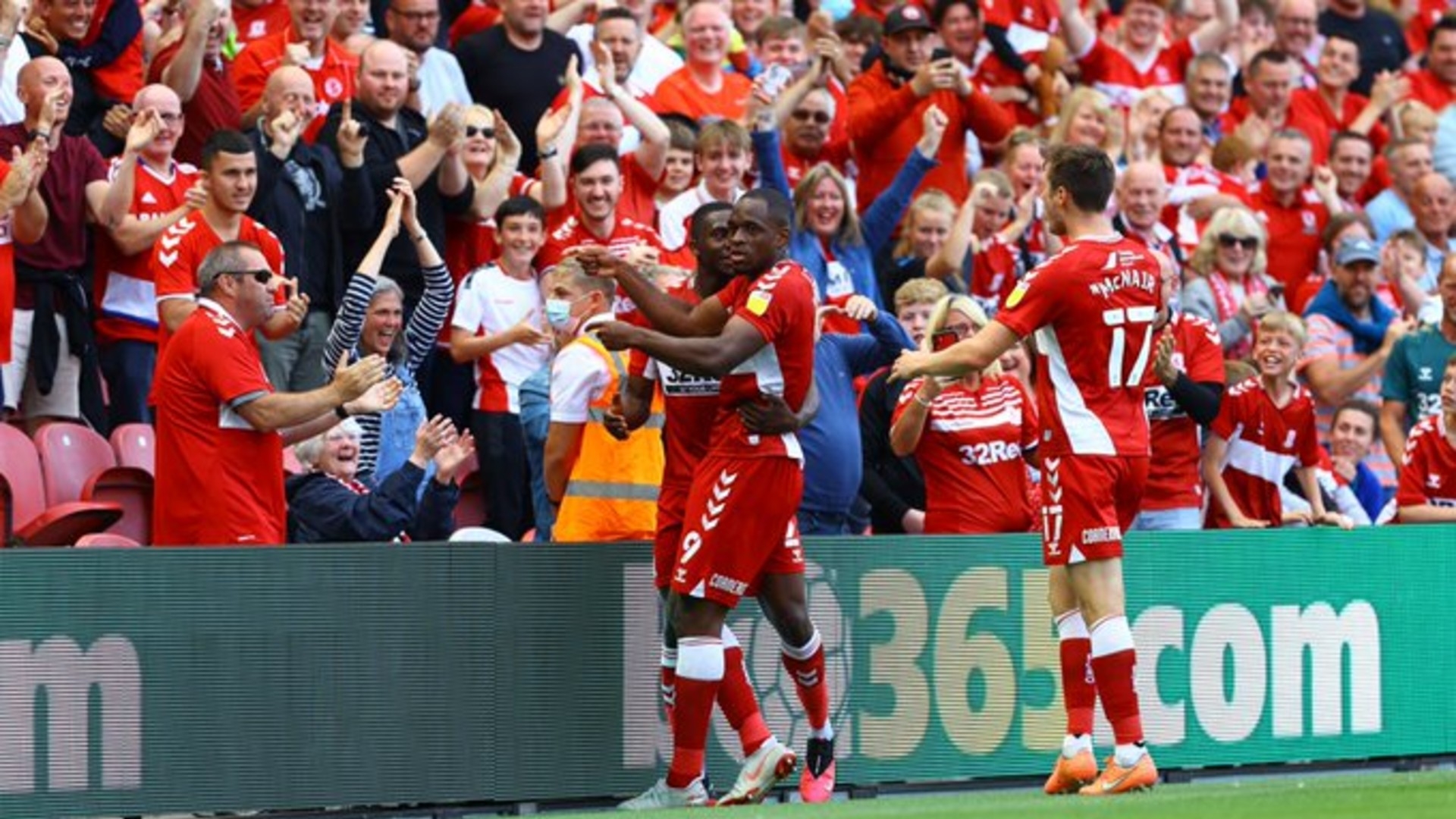 Uganda's Uche Ikpeazu scored as Middlesbrough won 2-1 against Bristol City in a Championship encounter at the Riverside Stadium.

Ikpeazu equalised for Boro in the 38th minute after Andrew King had fired Bristol into the lead in the 24th minute.

Matt Crooks scored the third goal of the game in favour of Ikpeazu's side who claimed the win at home. Robert Atkinson of Bristol City was the only player that was cautioned in the game.

Elsewhere, Nigeria's Oluwasemilogo Ajayi was a second-half substitute as West Bromwich Albion defeated Luton 3-2 at The Hawthorns. Ajayi replaced Matt Clark in the 81st minute when his side was already leading.

Luton's Kail Naismith scored an own goal in the fifth minute before Callum Robinson scored West Brom's second in the 36th minute.

Karlan Ahearne-Grant added the third for the home side before the visitors scored their first in the 70th minute through Harry Cornick. Luton found the back of the net for the second time in the eighth minute of added time to make the score 3-2.

Meanwhile, Kenya international Clarke Oduor came on in the first half to replace Carlton Morris as Barnsley picked up a 1-0 win over Coventry in their Championship fixture.

The Harambee Star was thrown into action in the 33rd minute before Dominik Frieser scored a goal in the 39th minute that ensured his side picked up a slim win as they welcomed their fans back to Oakwell. Frieser fired past Simon Moore after he had received a good pass from Romal Palmer.

Coventry saw two clear chances go to waste; in the first instance, Viktor Gyokeres hit the crossbar in the first half before Michael Rose's header was cleared off the line by Barnsley's Cauley Woodrow.

Oduor's side breathed a sigh of relief when Brad Collins saved a late penalty by Coventry's Gyokeres. The penalty came after Jamie Allen had been fouled inside the area as the hosts piled pressure on the rivals looking for an equaliser.

Barnsley are now unbeaten in seven games even though eight of their players were booked in the game against Coventry.

Finally, DR Congo's Benik Afobe was substituted in the 83rd minute for Matt Smith as Millwall and Blackburn Rovers drew 1-1.

Jed Wallace scored for Millwall in the 64th minute before an equaliser by Benjamin Brereton struck in the 76th minute for Blackburn Rovers.

Daniel Ayala and Darragh Lenihan were yellow carded, while Millwall's Maikel Kieftenbeld was the only star to be cautioned from his side.