El Tri has the chance to keep Los Catrachos out of the World Cup, but the motivation to finish the round undefeated is even stronger

Mexico is most of CONCACAF's biggest rival. As for El Tri? They don't harbor much hatred for Tuesday's opponent, Honduras. Other than a frustrating defeat to Los Catrachos in the last cycle, there hasn't been much of an issue with the Central Americans.

However, that doesn't mean Mexico doesn't want to crush Honduras' hopes of making the World Cup with a big win Tuesday. After all, it's not just the possibility of extending the frustration Honduras felt after Costa Rica's last-minute equalizer sent the Ticos into the World Cup and Honduras on the verge of missing for the first time in three cycles. Mexico has something to play for as well. It can become just the second-ever undefeated Hex team, and in doing so set the record for best-ever Hex finish with 24 points, one better than Costa Rica's 1998 qualification mark.

"We're focused on the objectives and things we want to achieve as a national team, a group and a team, and that's the only thing we have in mind," defender Miguel Layun said at a news conference Monday night. "I don't see anyone who is just content with what we've gotten. The group continues to be convinced in what we want to achieve and how we want to finish."

His manager echoed the tone. Mexico isn't in San Pedro Sula for anything but to get three points, Juan Carlos Osorio said. And really, why should Mexico care about eliminating or not eliminating Honduras? It did its job and qualified more than a month ago. Now all that's left is to go for just a bit more glory. Hitting those marks in the Hex only means so much, but it would be another piece of supporting evidence, an arrow in Osorio's quiver he can shoot at critics of his ideas, strategy and style.

"We came in very hopeful. We've got a very good team and tomorrow we're going to do everything possible to win, as always, to represent Mexico well and above all to achieve our goals," Osorio said Monday. "We've achieved two of the three and tomorrow is the through, the great possibility for the group, for us to achieve and hopefully we can do it." 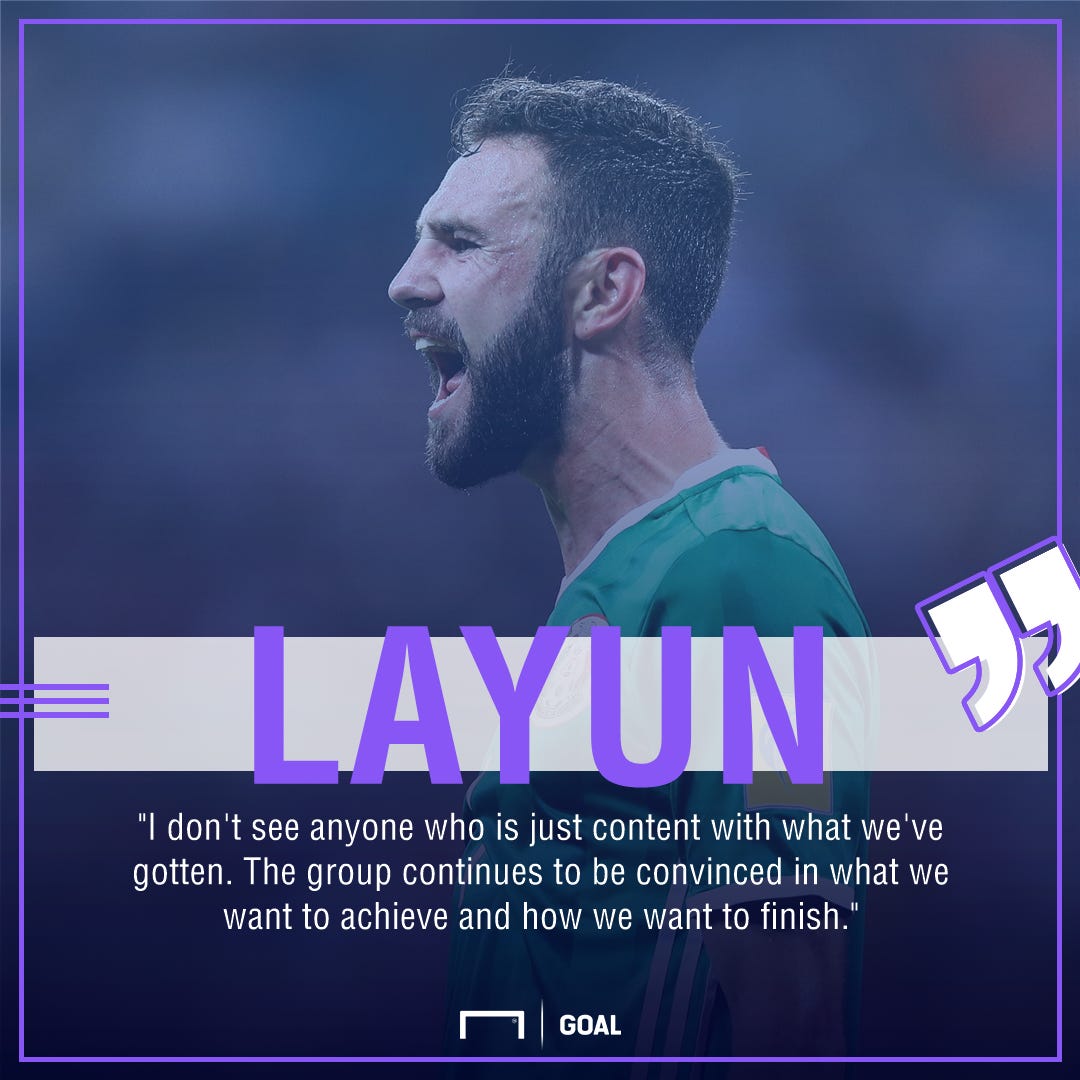 It may be a bit tougher because of two notable absences. Hirving Lozano and Chicharito are headed back to their clubs in somewhat mysterious circumstances. You can bet that if this were a do-or-die qualification game for Mexico that both players would be able to go — Lozano overcoming his dislocated elbow and Chicharito fighting through his personal issue that prompted him to request special permission to skip the trip to Honduras.

Yet it would be unwise to think those absences alone will derail El Tri. This Mexico side has the depth to manage. There are a glut of wingers in the squad — Lozano didn't start the 3-1 win over Trinidad and Tobago — and Raul Jimenez has been awaiting an opportunity to play in his preferred center forward role.

So even without those two stars, Mexico will be able to put out a lineup to trouble Honduras, and Osorio is confident that no matter what the personnel, his squad will be able to go out and look for all three points from the contest.

"It's a challenge, without a doubt, to plan, to prepare for two games in five sessions, but we've dedicated the same time to it as we've done for the other games, the same type of planning," Osorio said at his news conference Monday night. "Surely tomorrow night you're going to see in the starting XI a declaration of intention to play and look for the victory."

Honduras may not be a rival, but Mexico doesn't care. It's another team standing between it and a near-perfect Hex. If Mexico fails to top Los Catrachos in San Pedro Sula, it not only will complicate CONCACAF's qualifying picture, it also will mean a cycle largely forgotten.

Get all three points and this group will go down in history as one of the best ever to qualify from the region. It would mark a triumphant ending to what has been an overwhelmingly positive qualification campaign from El Tri and likely keep Osorio free from the intense magnifying glass that is the Mexican press until the moment of truth arrives this summer.