WHAT HAPPENED? For the first time in eight years and 63 games, Messi was substituted off after starting a Champions League match. His streak began on October 21, 2014, and since then the Argentine had played the full 90 minutes of every game in which he had started in Europe's premier competition.

THE BIGGER PICTURE: PSG beat Juventus 2-1 in their 2022-23 Champions League opener thanks to a brace from Kylian Mbappe, with Messi missing the last six minutes of action due to his substitution.

AND WHAT'S MORE: During Messi's incredible run of full 90-minute matches, he won the Champions League, reached the round of 16 twice, the quarter-finals four times and the semi-finals once. 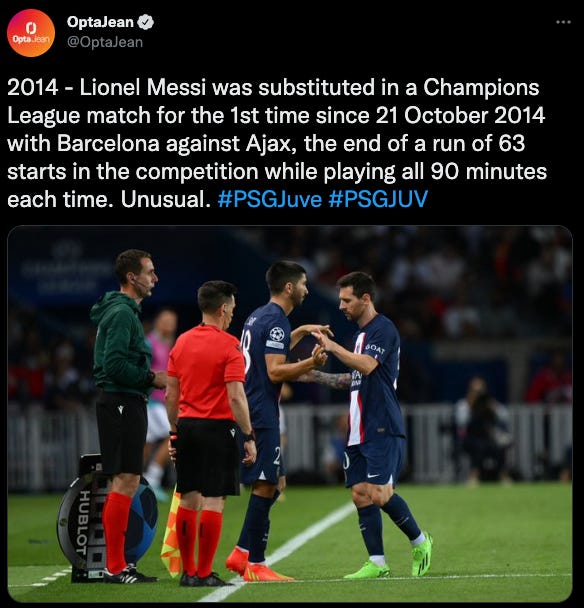 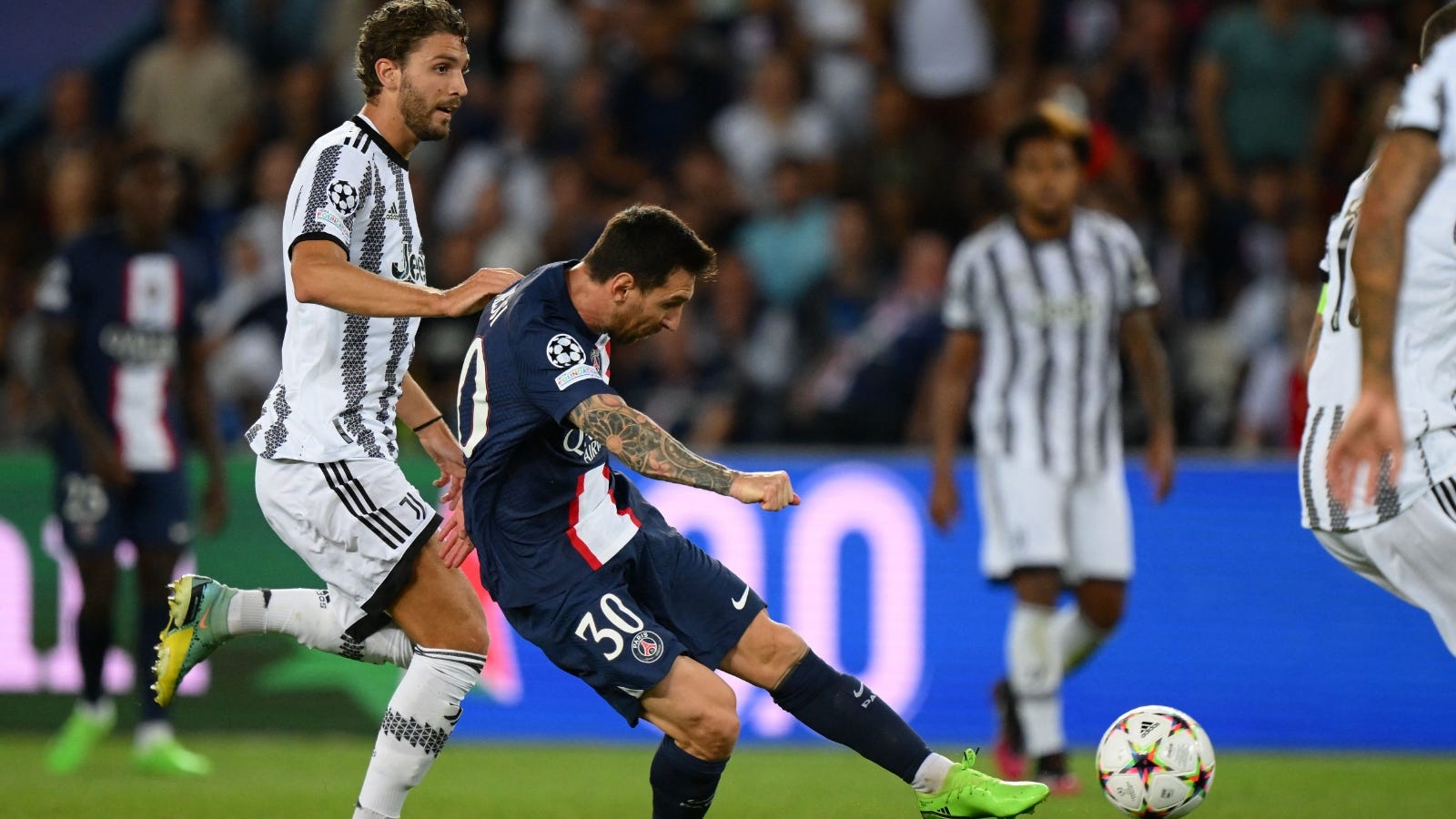 DID YOU KNOW: Messi is the second top scorer in Champions League history, scoring 125 goals in 157 games in the competition.

WHAT NEXT FOR MESSI? Messi and his teammates host Brest in Ligue 1 on September 10 before travelling to Israel to face Maccabi Haifa in their second Champions League group game.

Does Messi now need to be rotated?