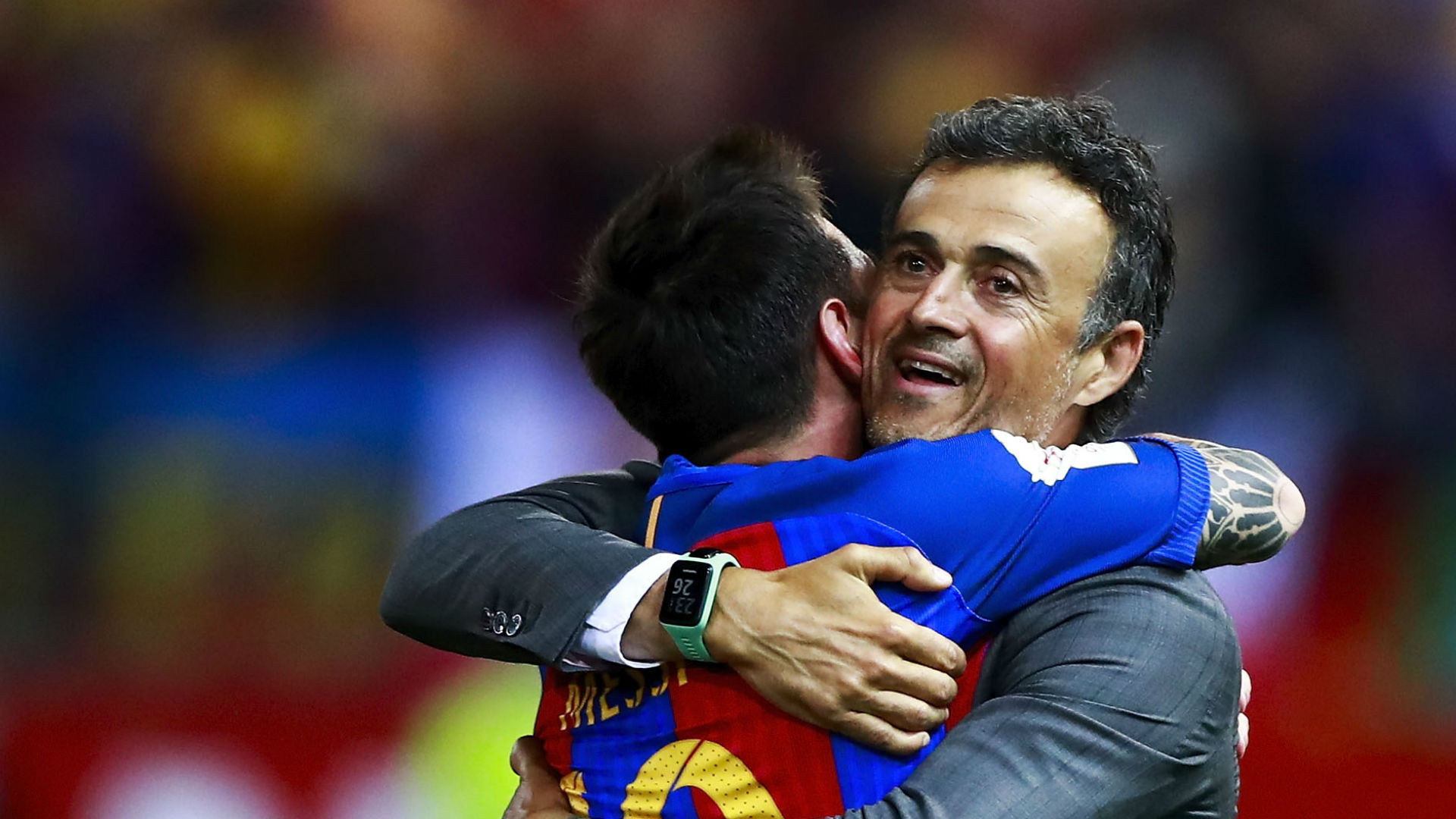 The Argentine superstar has saluted Barcelona's outgoing manager, with the pair having enjoyed their time working together at Camp Nou

There is to be a changing of the guard at Camp Nou this summer, with Ernesto Valverde inheriting the reins.

He has some big shoes to fill, with Luis Enrique having tasted La Liga and Champions League success during a productive three-year spell at the helm.

Valverde desperate to get started

Messi was a talismanic presence throughout that stint, but he credits his coach with having helped to bring the best out of him and for having picked Barca up following Gerardo Martino’s reign.

“We were, as a group, in a low moment, but when he arrived at Camp Nou, he lifted us to train and play at our best level. He gave us the desire to become a great team again.”

While making Barca “great again”, the coach was also able to keep Messi at the very top of his game.

The Argentina international may have seen eternal rival Cristiano Ronaldo claim Ballon d’Or, La Liga and Champions League successes this term, but he remains the top performer on the planet in the eyes of those in Catalonia.

Messi getting his own theme park

“After our 3-2 win at Real Madrid in April, Luis Enrique told me that I was the best player in football history,” Messi added.

A star showing in that victory at Santiago Bernabeu saw Mess bag a crucial brace, with a last-minute winner snatching the spoils.

He was also on target as Barca lifted the Copa del Rey, with his remarkable 54-goal haul in all competitions seeing him collect a fourth Golden Shoe.