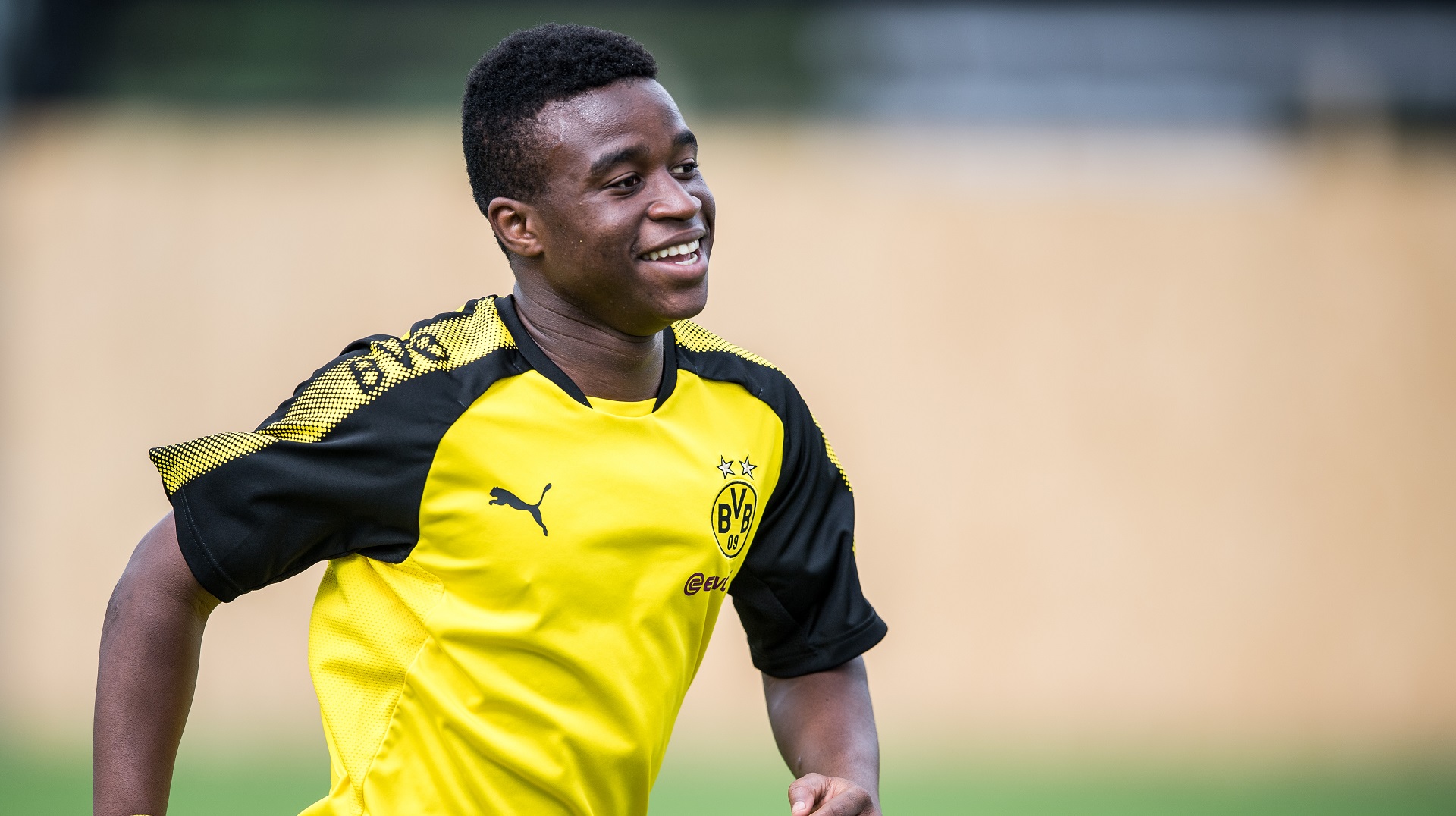 The highly touted youngster is the top scorer at Under-17 level in Germany, despite playing against opponents three and four years older than him

Seven games into the 2017-18 Junior Bundesliga West season, a Borussia Dortmund striker tops the goalscoring charts with 16 goals to his name. Amazingly, the hot prospect is four years younger than most of the other players on the list, with 12-year-old Youssoufa Moukoko already being heralded as a future star for club and country.

The Cameroon-born youngster moved to Germany with his father Joseph in 2014, and immediately stood out for St Pauli's Under-15 side, scoring 21 goals in 12 games as an 11-year-old. A transfer to Dortmund followed, where he starred again at the same age level. With BVB's U-15 panel, Moukoko continued his incredible scoring ratio, netting 33 goals in 15 games.

That caused the wonderkid to be promoted to the next age group, playing for the U-17s before he even became a teenager. Again, Moukoko hit the ground running, scoring twice in his U-17 league debut, and the goals have kept on coming. A further six games have yielded 14 strikes, including a hat-trick against Arminia Bielefeld at the weekend. He has only been stopped from scoring in one game.

Such is Moukoko's dominance against kids three and four years older than him, questions have arisen whether he is the age he claims. However, his former football playing father dismisses all accusations: "His age is right. Immediately after he was born I registered him at the German consulate in Yaounde. We have a German birth certificate."

BVB's academy has been known for producing impressive young talent, with Mario Gotze, Christian Pulisic and Felix Passlack all graduating from their youth teams. The latter pair were in the class of 1998, and Moukoko's coach from last season thinks that this group of players could be similar.

"It remains to be seen whether or not this will be an extraordinary crop of players," Peter Wazinski told Bundesliga.com. "But we hope that the majority of them will develop in a similar way to the group born in 1998."

His birth certificate has seen him line out for Germany's Under-15 international team, and his desire is to line out for the senior side some day. Despite all the plaudits, Moukoko's father does not think that the 12-year-old is as amazing as people say: "For me he is not a wonderkid. I was even better as a kid."

Dortmund U-17 boss Sebastian Geppert is a bit more positive. "I can only say positive things about him," Geppert told Die Welt. "Youssoufa likes to compete with older players. It would be unfair to still play him in the U-15s. It's not bad when I get a player who can play for four years in the team."