Meet Sikh Izhan, Malaysia U-19 goalkeeper who travelled 600km to weekly training by himself at age 10 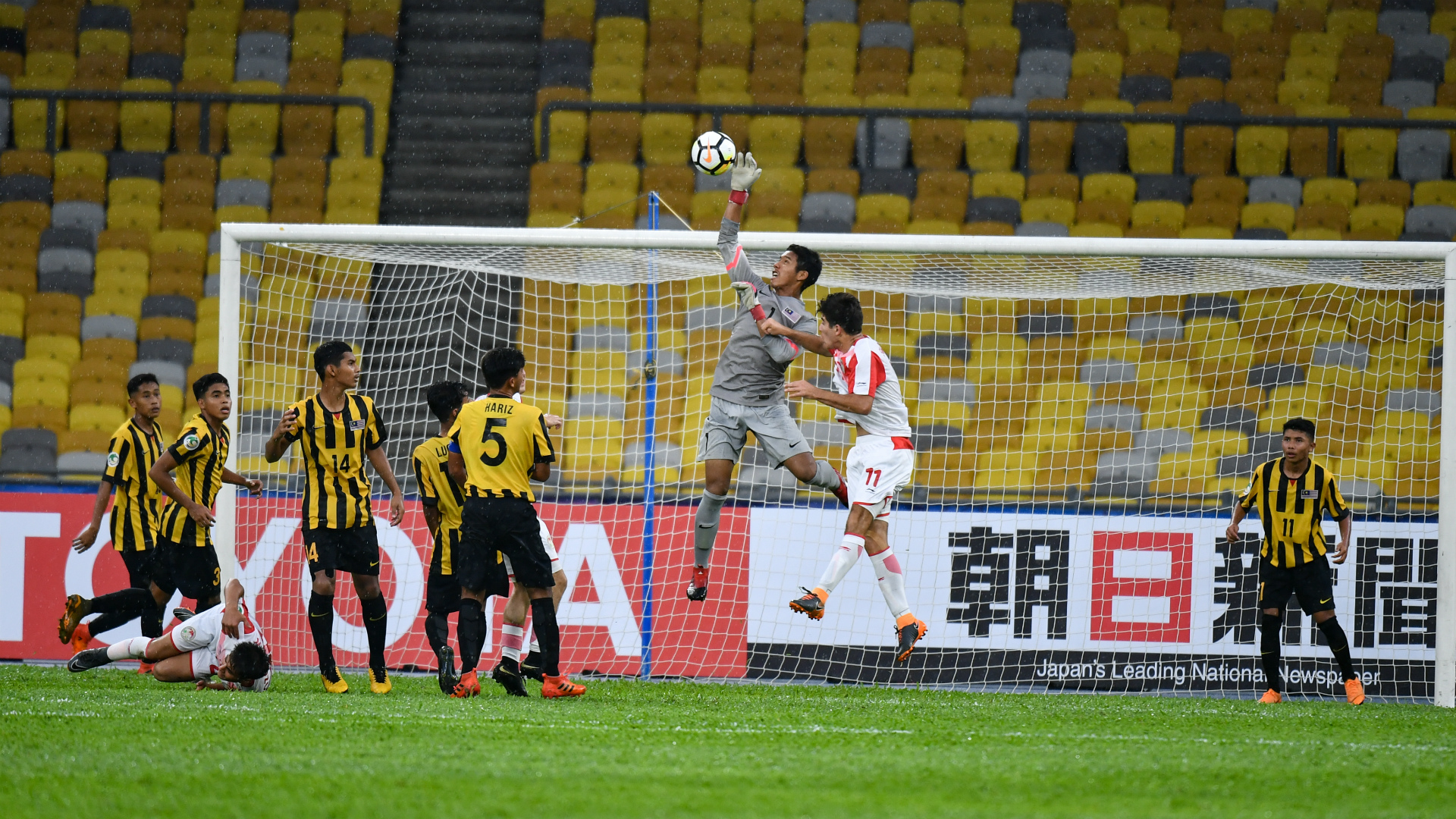 Despite not being top of the pecking order for club or country, custodian Sikh Izhan is determined to prove that he's good enough to play abroad.

READ: From Luqman Hakim to Arif Aiman - Meet the future of Malaysia

Although by his own admission, Izhan did not come from a family that is actively involved in football, he did not take long to catch the attention of scouts, growing up on the mainland side of Pulau Pinang.

"As a young boy, I was more studious than physically active. But at age five, a friend of my father's suggested that I attended trials with a youth club; Bintang Biru and I got it. At the time, [Malaysia U-23 forward] Jafri Chew, [Pahang player] S. Kumaahran and [Pahang forward] Faisal Halim were there too. At the time I trained as a centre back, before I was moved upfront as a striker.

"Five years later, while playing in a tournament at the Royal Selangor Club, I was spotted by goalkeeping coach Lim Chuan Chin, who took my details and got me on the Project 2019 team (National Football Development Programme's precursor). It was there I started training as a goalkeeper, at the suggestion of Chuan Chin due to my size.

"I had to travel to Bukit Jalil, Kuala Lumpur for training every weekend, from Friday to Sunday. At first it was with a couple of other boys, but after they were cut from the programme, I ended up having to take the bus from Pulau Pinang to Bukit Jalil by myself every week. That happened until I was in Standard Six, when the team members were moved schools so that we were able to train daily in Bukit Jalil.

"At first, I was scared at having to travel to and from Bukit Jalil by myself, but after a few times, I was used to it. It wasn't just me, there were other trainees from Kelantan and Perak who had to go through the same thing. There were times I had to skip school on Monday because I got back simply knackered! But I didn't find it a burden at all; in fact I enjoyed getting to travel on my own at such a young age."

Training as a teenager and eventual move to AMD

Much like his weekly travels for training while a young boy, Izhan's training path as a teenager took a more circuitous route.

"Project 2019 players then participated in the first ever SuperMokh Cup in 2014, and based on our performances, we were sent for training and secondary education at federal sports schools. I was assigned to the Pahang Malaysia Sports School, Gambang during Form One, but I was only there for one year. Over time, the cohort size was shrunk due to disciplinary and performance problems, but most simply left because they were homesick, which was a shame.

"The following year I was moved the the Bukit Jalil Sports School, but that was again for just one year. In 2017 we moved to Gambang once again, while waiting for AMD (Mokhtar Dahari Academy) to be completed. Only when I was in Form Four could we move in properly.

"It was not all hunky dory, as the first batch there. The facilities took awhile to be completed fully such as the hot water spring and the gymnasium. However, transferring there opened my eyes to what proper training is. For example, there were meetings and proper diet was emphasised, which to be honest I found to be awkward at first."

The former National Football Development Programme (NFDP) and AMD director is known for his abrasive views on Malaysian football, but the young custodian revealed a different side of the former Malaysia international and Bayern Munich youth coach.

Izhan found himself sent off for a dangerous challenge with seconds remaining in the Malaysia vs Tajikistan match, in the 2018 AFC U-16 Championship opener. His knee lunge was a reckless and needless one, considering that the hosts were leading 6-1, and he expected to be chewed out afterwards by the seemingly irascible trainer, who was the Young Tigers' head coach for the tournament.

"I know it looked like my knee was intentional, but I swear it wasn't. It was raining heavily!

"He called me into the dressing room, and talked to me one-on-one. He said I was still a kid and I needed to learn from the mistake, and also reminded me to not give up easily.

"I know he may appear inaccessible towards the media, but with us he was able to make us see that he has the right ideas. He has deep belief in everything that he wants to pull off.

"And unlike some coaches, he was more lenient during our off days. He didn't mind us going out on the days we took a break. He would tell us, 'We have nothing planned today right? If you're going out, please take care of yourselves.'"

Paradoxically, even though AMD trainees are perhaps the best trained in the country, they are also academically prepared for the real possibility that they will not make it as professional players.

Although he has worked hard to graduate from the academy, the custodian never forgets the risks of failing to make it big, hence why he is considering options to pursue tertiary studies.

"When I was a boy, I seriously considered not going into football seriously, in order to focus on my studies. But thankfully my teachers and family convinced me to do it. At AMD they still emphasise on formal education. They gave us evening tuition and Quran recital classes.

"Let's face it; one unfortunate injury can kill a footballer's career. It's always good for us to be prepared. I think if I weren't a footballer, maybe I'd be doing my Form Six now, or in a vocational college.

"I'm interested in taking a sports science course, although my father, Sikh Azman has suggested that I study engineering because he works on an offshore platform. Surprisingly, my mother has told me to simply stick to playing football!"

Now at the Selangor reserve team, where he is reunited with Lim Chuan Chin and many of his AMD classmates, the 18-year old strives to make his first Premier League appearance, earn a first team spot, while also trying to attract overseas offers.

"Upon graduation, I received an offer from Selangor, where I saw a higher likelihood of getting playing minutes, so I accepted the three-year contract. So far I have yet to play after four league games, but I did get to play in the earlier pre-season friendlies.

"For now I have only two targets; to be promoted to the Super League team, or to earn an overseas contract. I can't just aim to play domestically, I have to push myself for a stint abroad. A move to Thailand is good enough for now even if the pay isn't much. My time at AMD has made me mature and self-reliant; I often prepare my own meals and I know how to manage my finances.

"I had a training stint with Japan's Tokyo FC alongside Luqman Hakim and Zikri Khalili last year, even until now I still imagine being selected by them, even just for their junior teams."