Mboyo at the double as St. Truiden subdue nine-man Waasland-Beveren 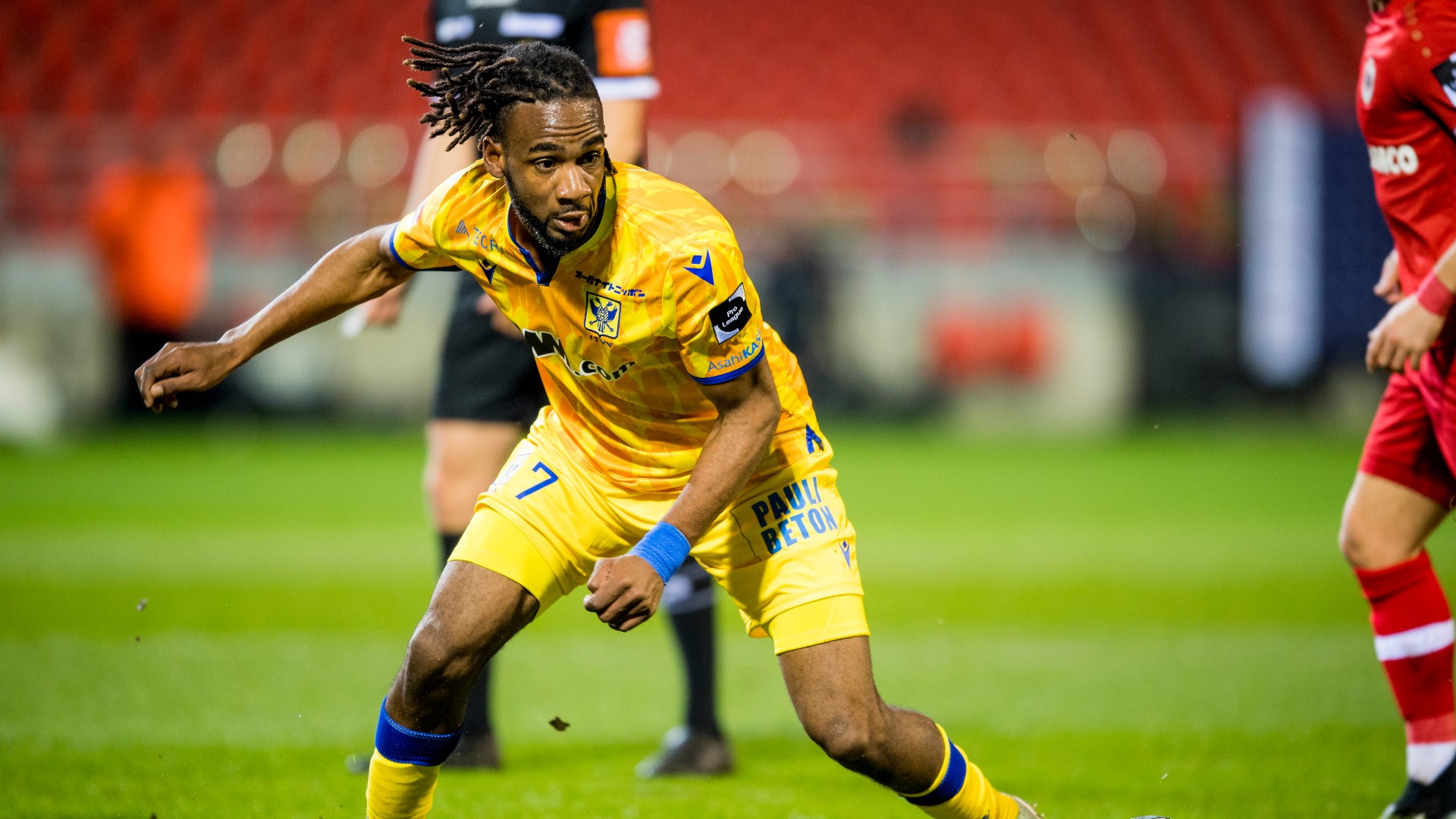 Despite an early slip at the Freethiel Stadium, Beveren, Peter Maes’ men clawed back to hand their hosts a deplorable defeat.

Inspired by their 2-1 victory over Mechelen the last time out, the Canaries travelled to face Nicky Hayen’s side with the ambition of earning a positive result – which would help them steer clear of the relegation waters.

Nonetheless, they went down in the second minute after Michael Frey put the hosts ahead courtesy of an assist from Sivert Heltne Nilsen.

Their lead was threatened in the 27th minute after Aleksandar Vukotic was sent off for a second caution. The Serbian defender was punished for elbowing Belgian midfielder, Christian Bruels.

Capitalising on Waasland-Beveren’s disadvantage, the hosts dominated ball possession and, ultimately, they leveled matters in the 32nd minute through Yuma Suzuki with Bruels providing the assist.

Truiden went into the half-time break with a slim advantage as Hayen’s side got punished for their numerous misses.

Beveren pushed harder for the equaliser, sadly, they were not able to match their opponents who were well organised.

Their hopes to claw their way back into the game faded into thin air as Dries Wuytens was given his marching orders by referee Nathan Verboomen for a second caution in the 73rd minute.

In the 78th minute, Louis Verstraete made the score 3-2. Even at that, they could not fight back to seal a draw as Suzuki’s second goal of the evening sealed the encounter.

After an impressive showing, 33-year-old Mboyo was substituted in the 81st minute for Wolke Janssens. Nigeria’s Junior Pius was handed a starter’s role, but he was forced off injured after 37 minutes before coming off for Christopher Durkin.

Elsewhere, Guinea's duo of Mory Konate and Ibrahima Sory Sankhon plus Ghana's Samuel Asamoah were not listed for action in the notable away result.

St.Truiden are 14th in the Jupiler log having garnered 38 points from 32 matches played so far in the 2020-21 campaign, while Waasland-Beveren remain at the base with just 28 points.