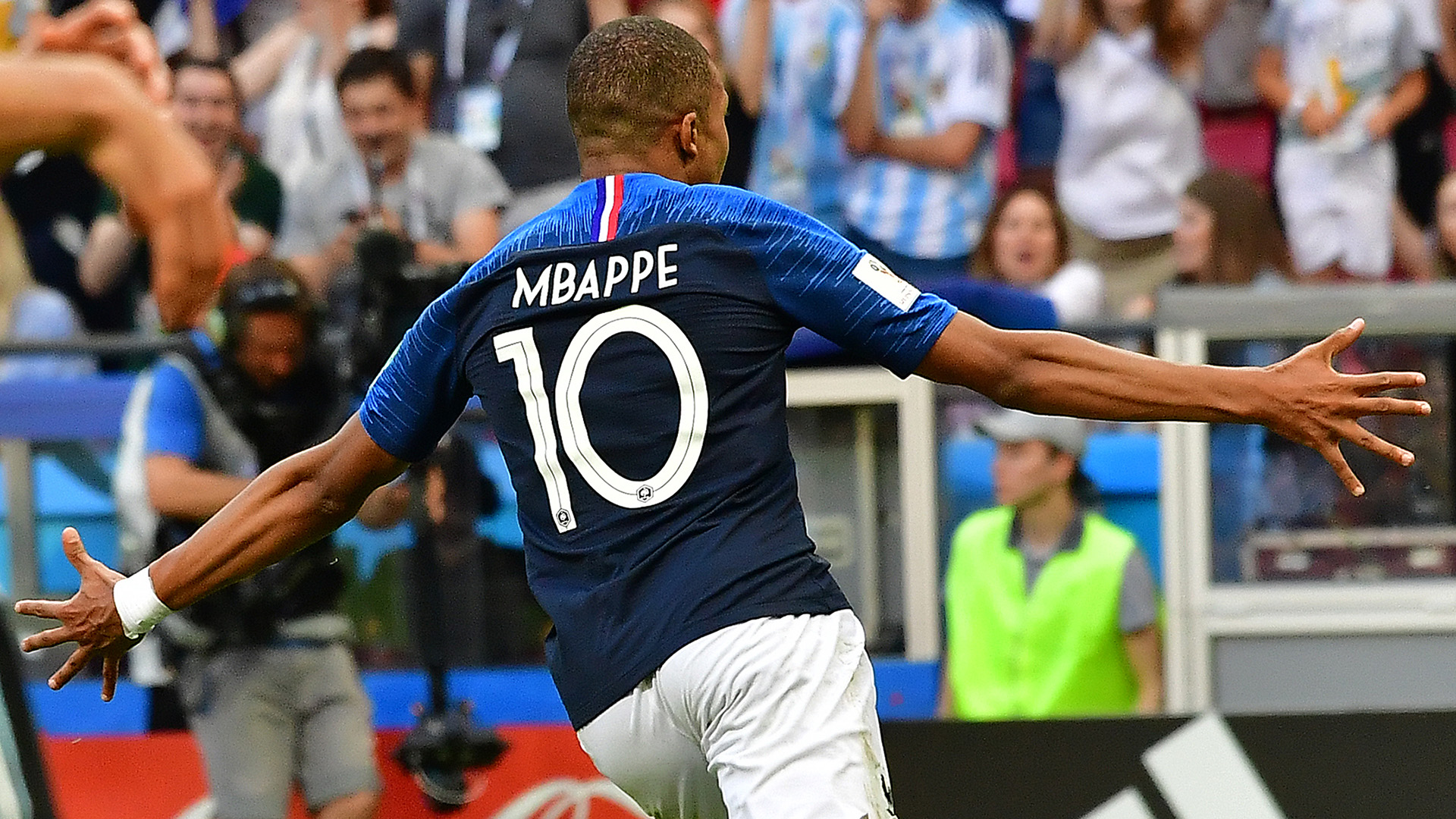 Kylian Mbappe’s two goals not only proved the difference in France’s 4-3 victory over Argentina in the World Cup round of 16 , they also put him alongside arguably the greatest ever to play the game.

The teenager turned heads across the world with his blistering pace in the first half, running past Argentina defenders on a counter and earning a penalty when Marcos Rojo pulled him down in the area.

Antoine Griezmann stepped up to score the penalty to give France a 1-0 lead, but Mbappe’s day was far from done.

He would win a dangerous free kick later in the first half and then finally found the back of the net in the second half.

With the game tied 2-2, Mbappe used his skill on the ball to play himself into space in the area off a deflection. Then he turned on his pace to beat the defence and free himself up for a chance on Argentina goalkeeper Franco Armani. He buried the chance to give France the 3-2 advantage.

That goal was momentous enough for Mbappe, who became the first teenager to score two goals at a World Cup finals since Michael Owen did so for England in 1998.

Mbappe kept coming however. Four minutes after that, Olivier Giroud played a ball into space at the edge of the Argentina. Mbappe ran onto it and unleashed a low drive that beat Armani and settled into the back of the net to make it 4-2 France, and all but book his nation’s place in the quarter-finals.

And with it, Mbappe also joined some elite company.

While Mbappe faced off against a legend of the game in Messi, he matched another. No teenager had managed a brace in the World Cup in 60 years. The last one who did so, back in the 1958 World Cup, was Pele.

Pele actually did it twice in the 1958 tournament – first against France in the semi-finals, when he scored a hat-trick in a 5-2 victory.

Then he did it again in the final, scoring twice in a 5-2 victory over Sweden which saw Brazil crowned champions for the first time.

France will no doubt hope that a similar fortune awaits them as they move on to the next round to face off against either Uruguay or Portugal.