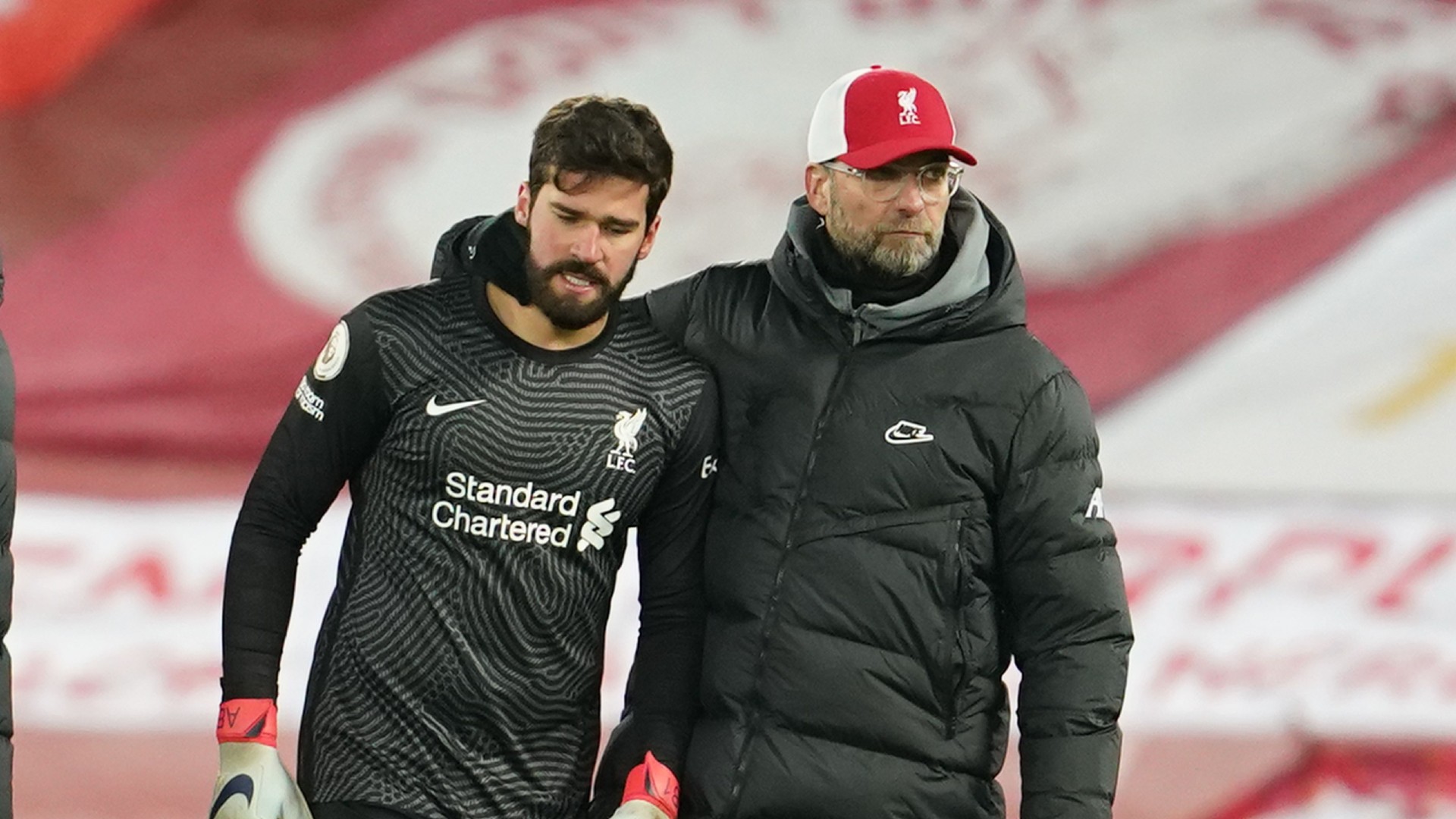 Liverpool boss Jurgen Klopp suggested that goalkeeper Alisson could have been suffering from cold feet when he made two high-profile blunders against Manchester City at Anfield on Sunday while adding that he was overall pleased with his team's efforts.

The Brazilian was guilty of twice giving the ball away to a City player in a dangerous position, with both errors ruthlessly punished by Pep Guardiola’s side.

First, Alisson’s sloppily clearance fell straight to Phil Foden, who teed up Ilkay Gundogan for his second of the game.

That put City 3-1 up and in complete control, with Foden wrapping up a stunning win with a thunderous finish with seven minutes remaining.

Despite the one-sided scoreline, Klopp defended his side’s performance and felt there was not much difference between the Reds and City, who simply capitalised on individual mistakes.

“A big part of the game was a brilliant game from my side,” he told Sky Sports. “I can see in your eyes you see differently. I really liked it. First half, played really good football. Second half, City changed the system slightly. A little adaptation and we would be in the game again but in the start of the second half we did not give enough options to play and gave the first goal away.

"We gave them too much opportunity. They scored that goal, we scored the equaliser. We were good again but then made two massive mistakes that is clear. At 3-1 down at this level it is tough to take and then Foden with a genius situation for the fourth goal.

"If we play football like we did for a long time tonight then we will win football games, 100%."

Klopp also accepted Alisson’s errors had proven costly, before offering up an unusual excuse for his sloppy footwork.

The manager says that he has talked about the situation with the goalkeeper, although he acknowledges that it wasn't the Brazilian's finest hour.

"It is true as well we did not give him a lot of options, especially the first one. The second yeah, he just mishit the ball, maybe he had cold feet, it sounds funny but don't know the situation,” Klopp said.

“He has saved our lives many times, no doubt about that, tonight he made mistakes."