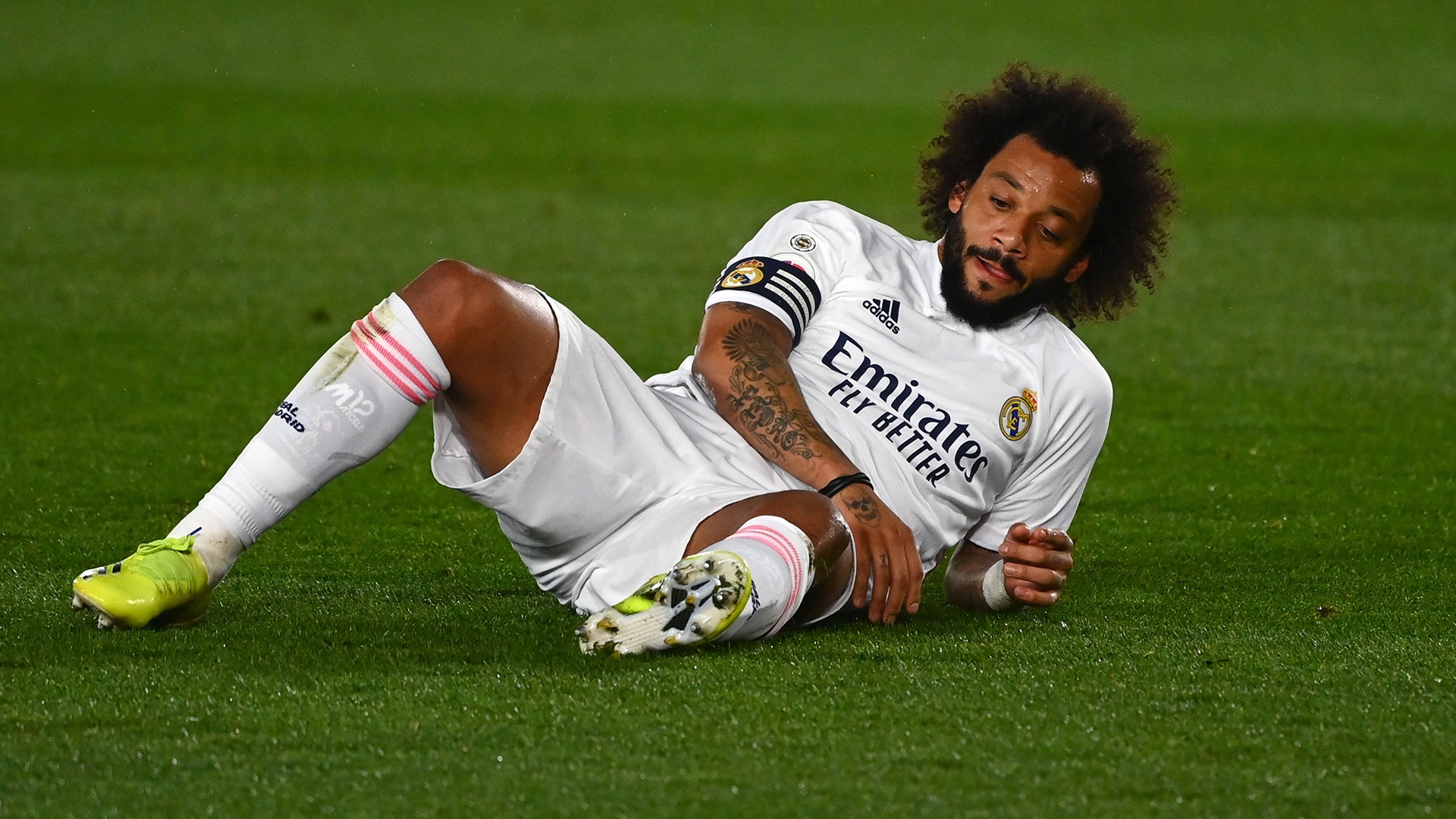 Marcelo will travel to London and be available for Real Madrid in their Champions League semi-final second-leg clash at Chelsea, insists manager Zinedine Zidane.

The Brazilian left-back has been randomly selected to serve a civic role at local elections in Madrid, which take place the day before the game - which, combined with Covid-19 travel restrictions, threatened to make him unavailable for the match.

However, at his press conference on Friday, Zidane said he expects Marcelo to be able to play in the match in London, with the semi tied at 1-1 after the first leg.

What did Zidane say?

The Real boss said that Marcelo will serve at the polls on Tuesday, but would then travel to London and would be with the squad for the game at Stamford Bridge.

He said: "Marcelo will fulfill his obligations but on Wednesday he will be with us."

Why the confusion around Marcelo?

All Spanish residents that appear on the electoral register face the possibility of being required to assist with election duties, where they are paid €65 (£56/$78).

The draw for polling station duty was made on April 5, with Brazil international Marcelo - who was granted Spanish citizenship in 2011 - having been selected to monitor the elections at the Madrid assembly on May 4.

There have been occasions previously where players called up for similar duties have been excused on the basis of them needing to play for their respective clubs.

However, in those instances the players in question have had matches on the same day as the elections, whereas in Marcelo's case the Champions League semi-final second leg takes place the following day, on May 5.

Zidane will desperately be hoping the 32-year-old is in a fit state to play, as second-choice left-back Ferland Mendy is injured, while right-back, Dani Carvajal, is also out after picking up a muscle problem in the first leg.