Maradona to return to Argentina bench?! Diego's record of chaos & controversy as coach 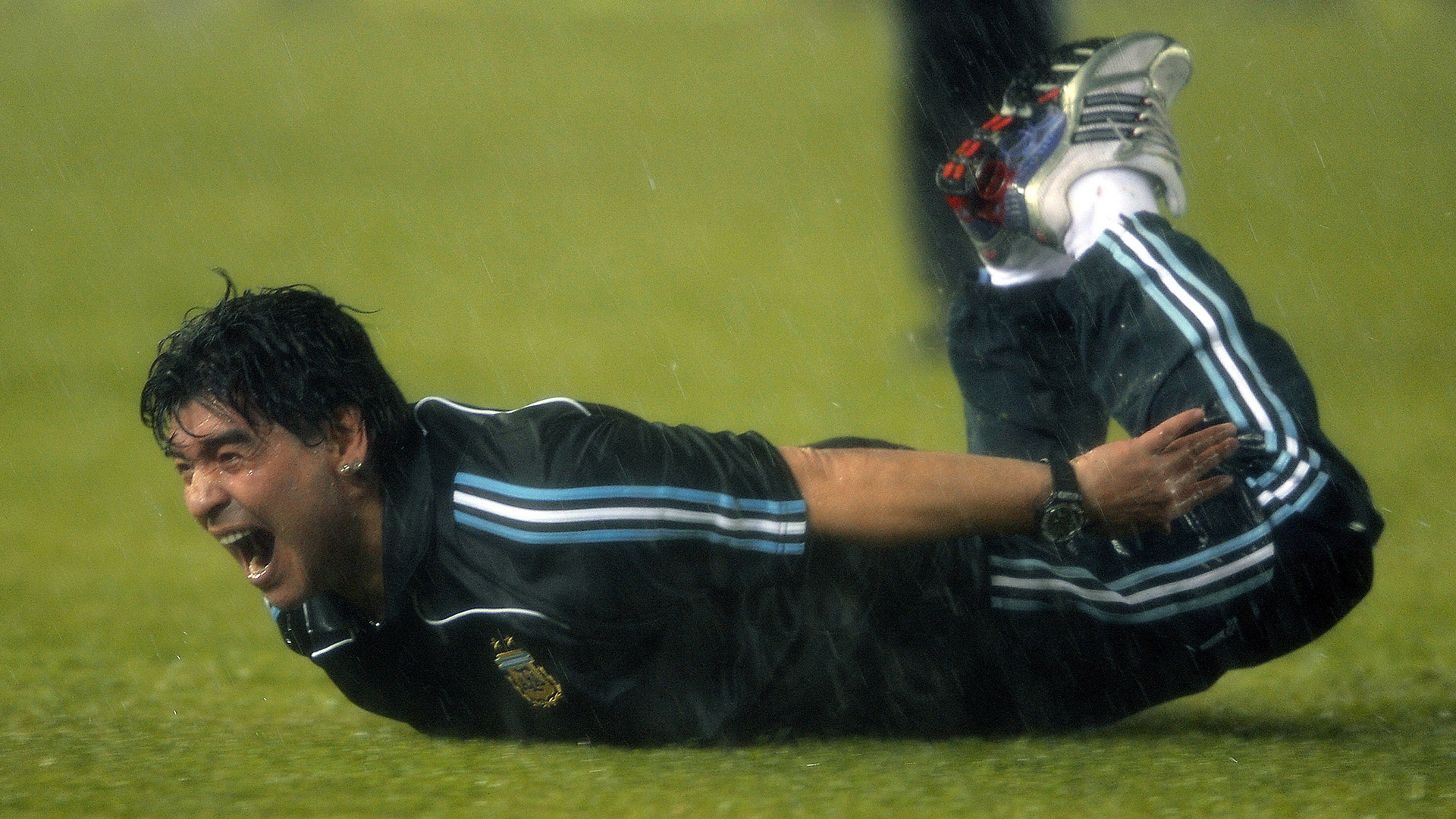 The Pibe de Oro's career on the sidelines has rarely been dull, but it isn't likely to deliver much success - as a quick look back shows!

Never shy to put across his opinions, Diego Maradona is apparently keen for another bite at the Argentina cherry.

“I am pi**ed off because our prestige is being thrown away,” the legend fumed after Jorge Sampaoli's team went down to Nigeria in a friendly clash. “But it is not the kids' fault – I want to return!”

A second Maradona spell with the Albiceleste would be immensely good fun, especially for neutrals. But if his rather underwhelming record on the bench gives any indication it probably would not be in the nation's best interests, as his coaching career to date from Deportivo Mandiyu onwards suggest.

“I do not know if we will train much with Diego, but we will certainly enjoy a few barbecues.” Paraguayan playmaker Guido Alvarenga was cautiously optimistic upon hearing that Maradona, recently sent home in disgrace from the 1994 World Cup after failing a drugs test, would be taking the reins at Mandiyu. The club from Corrientes had been in Argentina's Primera Division for six years, and with flamboyant businessman Roberto Cruz at the helm aspired to greater things. Maradona, alongside joint-coach Carlos Fren and 1990 World Cup finalist Sergio Goycochea in goal, was part of that masterplan for glory.

The promise of seeing an Argentina legend on the bench had Corrientes in a frenzy. The stadium was packed for his first game, a home clash against Rosario Central, and a huge banner that read “Welcome Diego” was brandished on the pitch by the Mandiyu players prior to kick-off. Maradona himself watched from the stands, having yet to complete the coaching course necessary to officially take over as coach, while Fren directed from pitchside. There was no joy for the home support, however, who saw their team downed 2-1 by Central while Maradona screamed and gesticulated from afar.

All eyes might have been on Diego, but he was careful to give his friend and colleague Fren equal credit.

“We have the same authority here, if the players talk to me first it is only to ask me about one goal or other that I scored, a few more than Carlos,” he joked to reporters after that game.

Neither, however, looked capable of stopping the rot at Mandiyú. After just 12 games, a solitary win, six draws – including a blockbuster 2-2 away to River Plate – and five defeats, Maradona resigned as coach, and at the end of the 1994-95 season the Corrientes side were relegated. Cruz withdrew his funding and Mandiyu were forced to fold, less than a year after that rapturous welcome for Diego had appeared to herald a new age for the institution.

Unbowed, the still-suspended legend did not have to wait long for his next coaching job. Racing Club, one of the traditional 'big five' of Argentine football, had fallen on hard times, enduring a drought in the Primera División that had led to 29 years without a title. Maradona and Fren arrived in January 1995 ahead of the Clausura campaign, taking over a team that boasted the talents of young striker Claudio 'Piojo' Lopez, later of Valencia fame.

Maradona was presented in his new home in a garish floral shirt at the start of the new year and stated his delight at starting a “new era, a new life suffering on the bench. Let's hope we suffer as little as possible with the lads.” He was also looking forward to the end of his suspension, stating that if he was still at Racing when the ban ended “I'll play myself, although that also depends on Carlitos Fren”.

His stay in Avellaneda, however, did not make it that far. Maradona was as colourful as ever on the bench, holding his middle fingers up to an entire stadium on one occasion to mark a penalty saved by Racing's Ignacio Gonzalez. There was also a memorable incident in his first derby against Independiente, when he was sent off by referee Bava for squirting water at a linesman - “I just wanted to get his attention,” he would explain afterwards. But results were just as disappointing as at Mandiyu. In 11 games Diego managed just two victories, drawing six and suffering three defeats, and when president Juan De Stefano was removed from his post after elections the coach followed him out the Cilindro door.

No less than 13 years – and several near-death experiences – passed before Diego would move back onto the bench, this time replacing his former Argentina coach Alfio Basile in the biggest job of all. Maradona's two years with the Albiceleste were notable for many things: the 108 players he called up in his tenure, a national record; his dive across a sodden Monumental once World Cup qualification was sealed against Peru; his invitation to critical journalists to “suck it and keep sucking” - but more than anything else, a style of play that veered from the uninspiring to the plain kamikaze.

A 4-0 capitulation at the hands of Germany in the 2010 World Cup marked the end of his colourful stint, and yielded him the latest name on his lengthy enemy's list in the shape of Don Julio Grondona. His final experience in coaching came in the United Arab Emirates with Al-Wasl, and was again marked by outrageous media comments, fights and sub-standard results.

It was at that point, after being fired by the side in 2012, that Diego finally cottoned on that an ambassadorial role could be just as lucrative and far less results-driven a career alternative. Since then he has enjoyed a palatial existence in Dubai, emerging only for charity matches and when the odd grudge is in need of revival. Argentina fans, then, should stay calm: no matter how badly Sampaoli does, and most expect the ex-Sevilla man to thrive with his new charges, El Pibe de Oro is unlikely to be making a comeback any time soon.