A win could have seen the Red Devils inch closer to the fourth spot but a spirited Everton held them. Premier League review, brought to you by Dashing

Manchester United had the opportunity to close the gap between themselves and fourth-placed Chelsea to just one point when they took on Everton at Goodison Park. However, as has happened on numerous occasions in the last couple of months, Ole Gunnar Solskjaer's men failed to take advantage of Chelsea's slip up, faltering to a 1-1 draw on Sunday.

In what was a game of two halves, United could very well have gone home without a point had the Video Assistant Referee (VAR) not come to their rescue and ruled out a deflected strike from Dominic Calvert-Lewin. Gylfi Sigurdsson was controversially deemed to have been interfering with the ball when he moved out of the way to allow the strike to trickle in from an offside position.

The Red Devils would've counted themselves slightly fortunate for getting away with a point even otherwise, for Everton went close to a goal on numerous occasions in the second half.

The match started on a bad note for United, with David De Gea's unwise decision to dally on the ball allowing Calvert-Lewin to steal a goal which put United on the backfoot. It was, frankly, embarassing from a keeper of De Gea's standing. In fact, his form has not been up there in the last two seasons, with as many as seven mistakes from the Spaniard leading to goals in the last two campaigns. 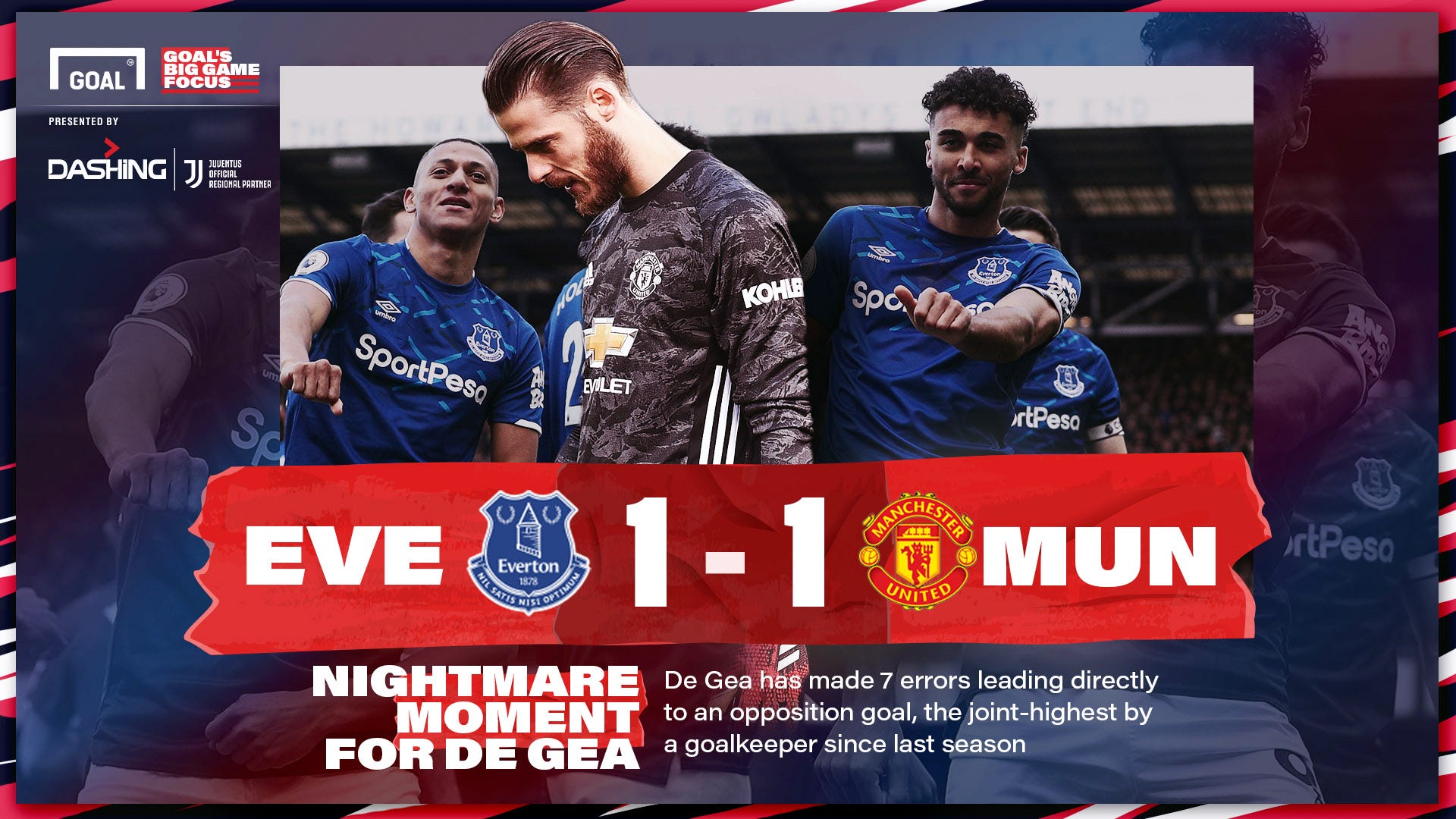 But they responded well to that setback, controlling the game and looking to make inroads into the Everton defence with some crisp passing in the final third. Heavily involved in the game was United's latest acquisition Bruno Fernandes who has seemingly injected life into that midfield.

Though Anthony Martial and Mason Greenwood, operating as centre-forwards, were largely on the fringes of the game, there was no mistaking the menace United had when they flooded forward in search of an equaliser.

And a deserved goal did come after Djibril Sidibe gave away the ball needlessly in his own half, only for Bruno to find space to shoot on the run. His rasping effort snuck in at the near post and it seemed United were back to their best.

Though Calvert-Lewin and Richarlison made a nuisance of themselves whenever Everton found space to break, United were the better team in the first half.

But the momentum shifted after the restart, with the Everton midfield of Tom Davies, Andre Gomes and Sigurdsson squeezing the space United had enjoyed in the first half. Martial and Greenwood were further isolated and Everton continued to threaten from the wings.

Only some brilliant defensive work, especially aerially, from Harry Maguire kept the Toffees at bay. De Gea was also required to pull off a couple of key saves while towards the end, Jordan Pickford pulled off a brilliant double save to deny Bruno and Odion Ighalo from close range.

But, in the end, the draw was a fair result. However, Everton will feel slightly hard done by after VAR denied them all three points. They continued their unbeaten record at home under Ancelotti. That should be of some solace.