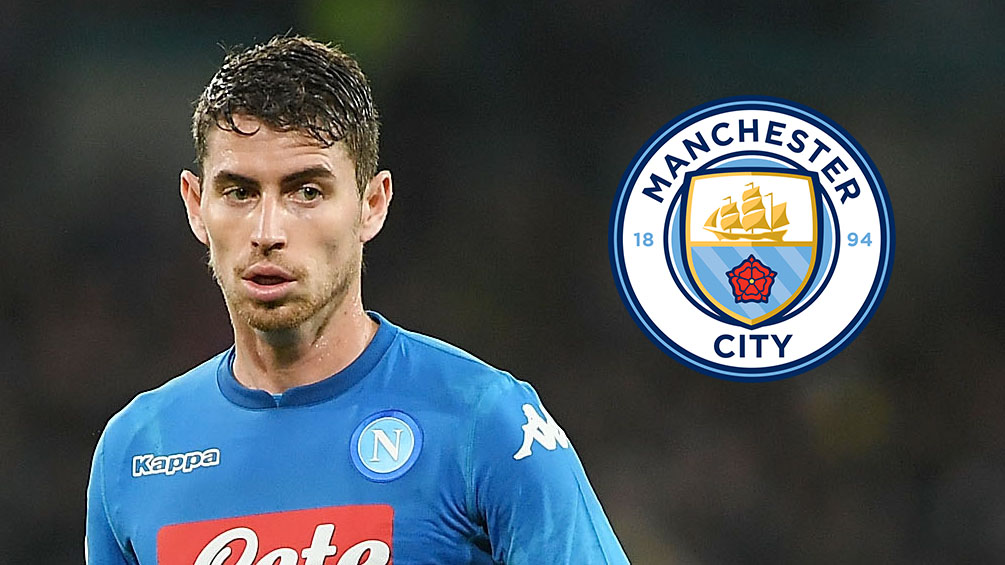 The Premier League champions have made the midfielder a top target for the summer transfer window, but there is still some negotiating to be done

Manchester City have seen a €50 million (£44m/$58m) bid for Jorginho knocked back, with Napoli president Aurelio De Laurentiis confirming that the Premier League champions have been rebuffed.

Goal revealed back in April that Pep Guardiola had made the Brazil-born Italy international a top target for the summer transfer window.

City are not the only club interested, though, with the 26-year-old’s agent revealing that “several clubs” form part of a scramble to secure a much sought-after signature.

Napoli are aware that they have a prized asset on their hands and are not about to sanction a sale without a fight, with one big-money approach from the Etihad Stadium having been rejected.

De Laurentiis told Corriere dello Sport: “Jorginho? I have refused an offer from Man City worth €45m plus €5m in bonuses.”

While eager to retain the services of a key figure, Napoli have moved to tie up a deal for one possible addition.

Simone Verdi is set to arrive from Serie A rivals Bologna, with De Laurentiis revealing that sporting director Cristiano Giuntoli has put a deal in place.

He has also refused to rule out a summer exit for long-serving captain Marek Hamsik, with the Slovakian midfielder being heavily linked with a move to China.

With so many comings and goings being mooted, De Laurentiis acknowledges that there is likely to be plenty of movement before the next deadline passes.

New boss Carlo Ancelotti is being freed to shape a squad inherited from Maurizio Sarri as he sees fit, with signings expected across the board.

De Laurentiis said: "From 10 to July 31, Carlo will be able to evaluate the entire squad and make decisions, on August 4 we will be in Dublin with Liverpool and we will see his first Napoli.

"He wants to keep 80 per cent of the current squad, he considers it excellent. Our goals are a goalkeeper, a full-back, a midfielder and a winger."