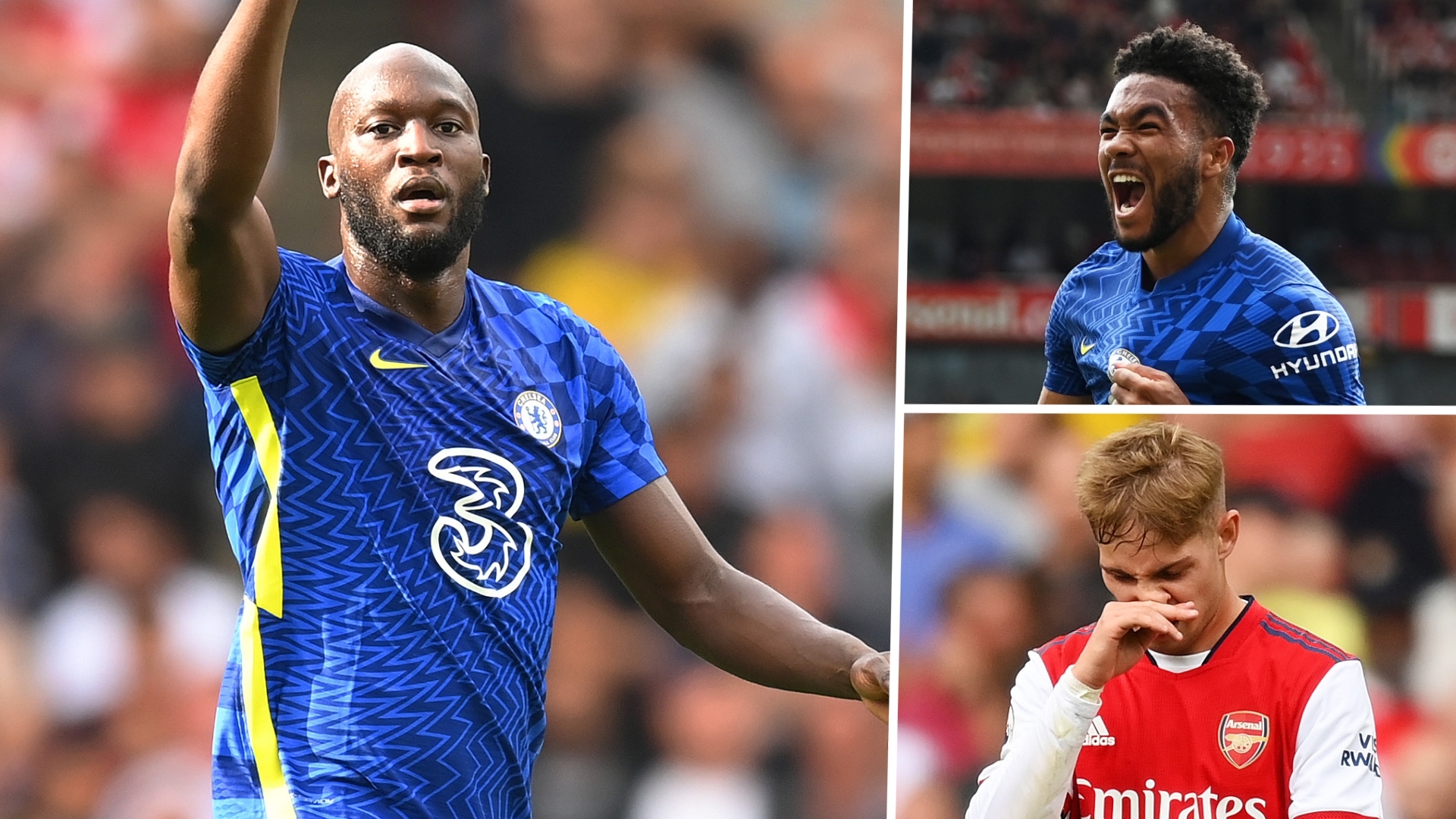 Romelu Lukaku has made no secret of his idolisation of Didier Drogba.

When Lukaku first arrived at Chelsea back in 2011, Drogba was the man at Stamford Bridge; his all-round attributes as a central striker making him one of the most feared forwards in Europe.

Drogba particularly enjoyed feasting on Arsenal's defence during his time in west London. The Ivorian scored 13 goals in 15 games against the Gunners, tormenting their centre-backs with his pace, power and precise finishing ability on a constant basis.

Lukaku did what he could to learn from Drogba during his first three-year spell with the Blues, and though it did not work out for the Belgium international, he remained close to the hero of the 2012 Champions League final.

The pair remain in touch, and Drogba even spoke to Lukaku five days before the 28-year-old agreed to re-join Chelsea from Inter. What Lukaku produced on his 'second debut', then, was the perfect homage to his hero.

Arsenal had no answer to Chelsea's new £98-million ($136m) man, with Lukaku putting in the kind of all-action display that Drogba would have been proud of.

The ex-Manchester United man has always been deadly in front of goal, but the work he put into the other aspects of his game under Antonio Conte at Inter was clear for all to see at the Emirates Stadium on Sunday.

No more so was that the case than for the opening goal in Chelsea's 2-0 win.

With the ball played into his feet, Lukaku showed almost brutal strength to hold off Pablo Mari before laying the ball back to Mateo Kovacic. From there he turned, shrugging off the hopeleslly out-matched Mari, before finding space on the edge of the six-yard area to tap in Reece James' low cross after just 14 minutes.

Clearly fitter, stronger and wiser than he was when he first came to the club as a teenager, Lukaku has it all to be the final piece in a Chelsea jigsaw that is looking ominously complete for the rest of the Premier League title challengers.

There is no doubt that he has improved with his back to goal in his seven years away, and Mari could not get near the ball whenever Lukaku picked up the ball in midfield, eventually resorting to just fouling his man and picking up a yellow card late in the first half.

"Dominant," was the word Lukaku used to desribe his own performance to Sky Sports post-match, but sometimes Lukaku did not even have to touch the ball to have an impact, such was the fear he struck into the Arsenal backline.

It was his dummy around 30 yards from goal that helped open up the space for Mason Mount to pick out James for Chelsea's second 10 minutes before the break, the full-back rattling his shot into the top corner to cap a rampaging attacking display.

From there, Chelsea largely cruised towards the final whistle. James was a little fortunate not to concede a penalty for what looked like a trip on Bukayo Saka shortly before half-time while Edouard Mendy certainly had more to do after the break, but in truth the visitors were unlucky not to score three or four here.

Lukaku saw a powerful header superbly tipped onto the crossbar by Bernd Leno, while the German goalkeeper was again on hand to deny compatriot Kai Havertz after he had been played in behind by the Blues' new No 9.

"We signed him to play, not to come off the bench," Thomas Tuchel told Sky Sports pre-match when asked whether Lukaku was ready to start despite having had just five days' training with his new team-mates, and there is no doubt on this form that the Belgian will be one of the first names on Chelsea's teamsheet going forward.