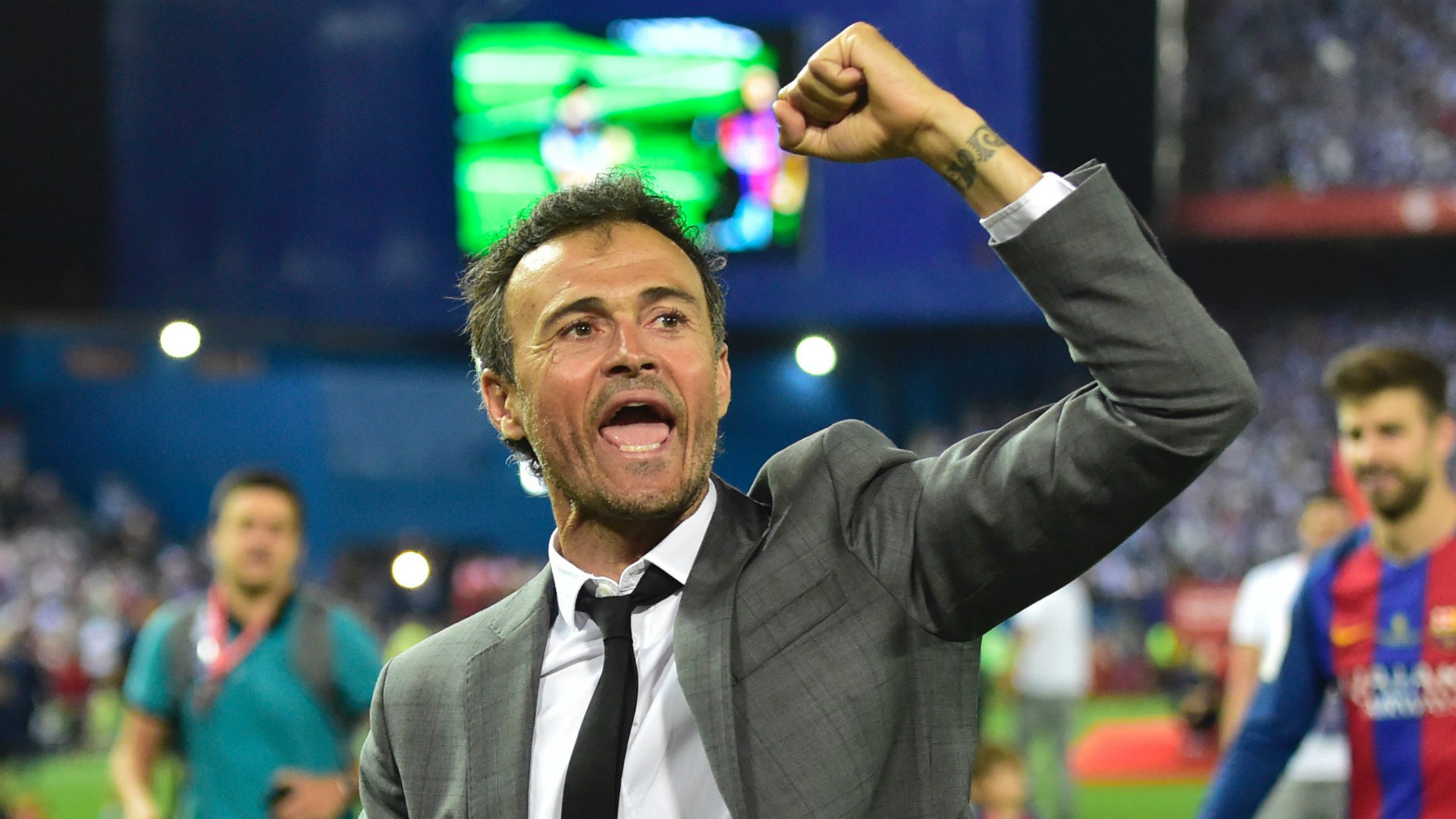 The former Barcelona boss has been linked with a move to Stamford Bridge, with the man currently at the helm seeing a summer exit mooted

Marcos Alonso considers Luis Enrique to be “a great coach”, with the former Barcelona boss among those being mooted as a possible successor to Antonio Conte.

Chelsea have yet to decide if they will be heading in a different direction this summer, but change is being widely discussed by those outside of Stamford Bridge.

Conte is only contracted until 2019 and has been confirmed among those on a three-man shortlist for the vacant managerial post with the Italian national side.

If he were to move on, then Luis Enrique – who helped Barca to nine major honours during a trophy-laden spell at the Camp Nou helm – could be among those targeted as he remains without a club.

Blues wing-back Alonso admits to being a fan of the 47-year-old, telling Cadena COPE: “Luis Enrique has shown at Barcelona that he is a great coach with many qualities and I believe he would be good for any club, but I do not know him a lot on a personal level.”

The Blues will not have to contend with Luis Enrique when they next lock horns with Barcelona, but the second leg of a Champions League last-16 encounter is fast approaching.

That tie is currently locked at 1-1, with Chelsea set to head for Catalunya aware that they will need to score at least once to keep themselves in contention for a quarter-finals berth.

“When we face Barca in the Camp Nou we will have to put in a perfect performance to progress to the next round, this is clear,” added Alonso.

“We will go to the match with a lot of confidence and belief in what we are capable of doing, especially after the first leg.”

While remaining confident when it comes to Chelsea’s continental campaign, Alonso admitted after a 1-0 reversal at Premier League rivals Manchester City that the Blues have issues to iron out.

He said: "I think it's an attitude problem and we have to make things clearer and improve quickly, because we have nine matches left and we want to be in the top four.

"I think that it is difficult, but we have to change the attitude, right?

"I don't think we have a problem with quality, we have shown in many matches this season that we can be competitive against any team, like we were against Barcelona a couple of weeks ago.

"If we don't reach that kind of level of performance in every match it's because of our attitude."

Alonso’s outing against City came a matter of hours after he learned that former Fiorentina team-mate Davide Astori had tragically passed away at the age of 31.

Adding his own tribute to those already paid to the Viola captain, the Spaniard said: “Davide Astori was a fantastic person who was in good health, the news about him is shocking for everyone who knew him.”