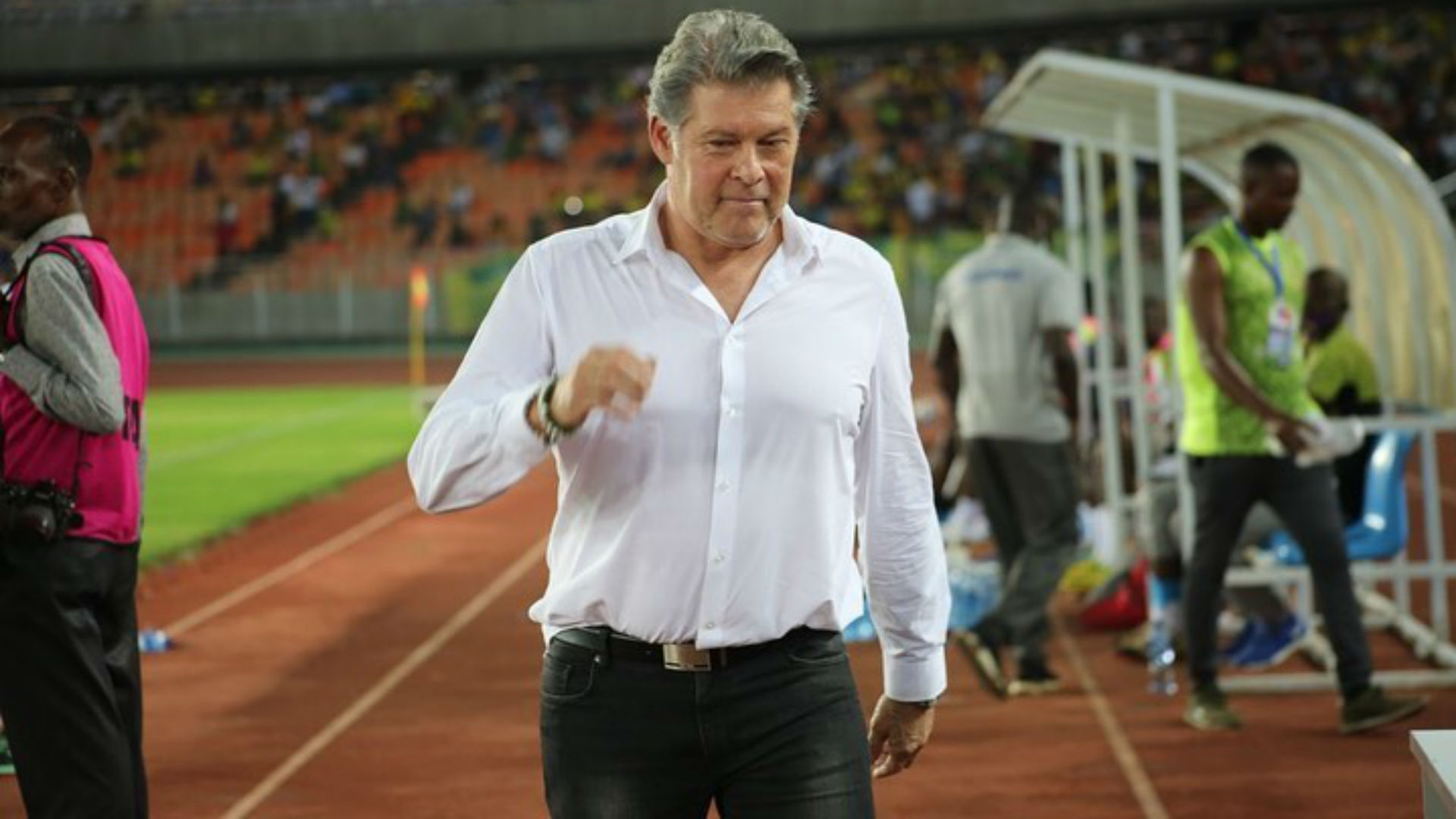 Four months after being blocked from working in South Africa, the former Free State Stars, Polokwane and Black Leopards coach has a job in the PSL

Chippa United have appointed Luc Eymael as their technical advisor following the sacking of Dan Malesela.

The club confirmed the departure of Malesela while former assistant coach Siyabulela Gwambi has been elevated to the role of interim head coach.

Eymael now leads their technical team set-up, four months after he was barred from Chippa's head coach position due to a racism incident which occured in Tanzania while he was the coach of Young Africans.

"Chippa United Football Club would like to announce that it has reached an amicable decision to part ways with Dan Malesela, with this decision effective immediately," Chippa United announced on Monday.

"We would like to thank Mr Malesela for his contribution to the club and to wish him well in his future endeavours. Siyabulela Gwambi, the side's assistance coach, will take over the head coach responsibilities on an interim basis. We would like to wish him well on this appointment, where the club objectives are on improving the current DStv Premiership log standings and on also reaching the prestigious Nedbank Cup final.

"The club has also appointed well-travelled Belgian, Luc Eymael, in a Technical Advisor role where he will play an integral mentorship role for the technical team. Mr Gwambi, who is from Zwide, has been a part of the club coaching structures since 2015.

"He was promoted to the senior team having coached in the team's youth structures and the Diski Challenge team. It is the club's intent to have Mr Eymael forming part of the technical team. This is subject to consultations with our partners, sponsors and supporters.

"We have also sought necessary clearances from the SA Football Association on his appointment. Chilli Boys’ next fixture is against Mamelodi Sundowns at Sisa Dukashe Stadium in East London next Monday, 12 April"

The Club would like to formally announce that it has amicably parted ways with Dan Malesela.

Assistant coach Siyabulela Gwambi will fill in as interim coach. Well-travelled Belgian Luc Eymael will form part of the Club in a Technical Advisor role. pic.twitter.com/K2EAHkuCqc

In December 2020, Safa had blocked the appointment of Eymael as Chippa United coach after the Tanzania incident and the Belgian took up the matter with Fifa.