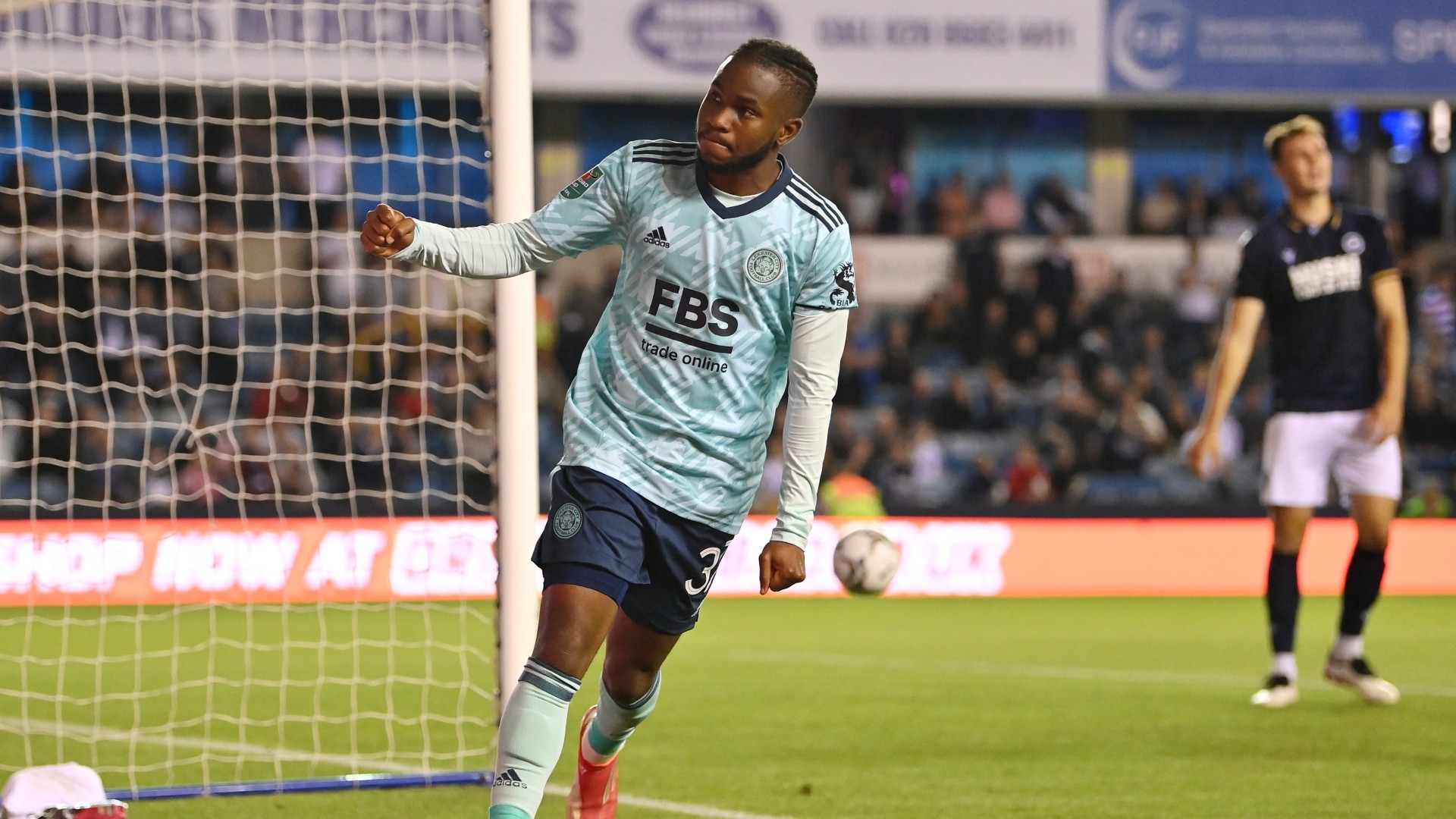 Ademola Lookman opened his goal account for Leicester City and Kelechi Iheanacho sealed their 2-0 victory over Millwall in the third round of the Carabao Cup.

Three days after seeing his goal disallowed in a Premier League defeat to Brighton & Hove Albion, the RB Leipzig loanee finally got his breakthrough at the Den.

Lookman and Iheanacho led the Foxes' attack against the Championship club on Wednesday and they repaid Brendan Rodgers' faith in them with a goal each.

After struggling to break Millwall's defence before half-time, Lookman broke the deadlock for Leicester City five minutes into the second half.

A few minutes later, the Nigerian descendent was replaced by Zambia's Patson Daka who was unlucky with his two shots as they were just off target.

Towards the end of the encounter, Iheanacho capped his man-of-the-match performance with the goal that sealed the visitors’ passage to the next round of the cup competition in the 88th minute.

The Super Eagles striker had the most shots on target for the Foxes (2) in the game and the late effort was his second goal of the season after he powered them to a 1-0 win over Manchester City in the Community Shield, earlier this season.

Iheanacho played the entire duration alongside his compatriot Wilfred Ndidi and Ghana's Dan Amartey while DR Congo striker Benik Afobe was introduced as a 72nd-minute substitute for Millwall.

The defeat compounded Millwall's woes as it stretched their winless streak to four matches as their last victory dates back to August 28 (2-1 vs. Blackpool).

Leicester City, on the other hand, bounced back to winning ways after failing to win their last three matches.

Brendan Rodgers’ men will now shift their attention to Saturday’s Premier League fixture when they host Burnley at the King Power Stadium.

They currently sit 12th in the league table with six points after five matches.