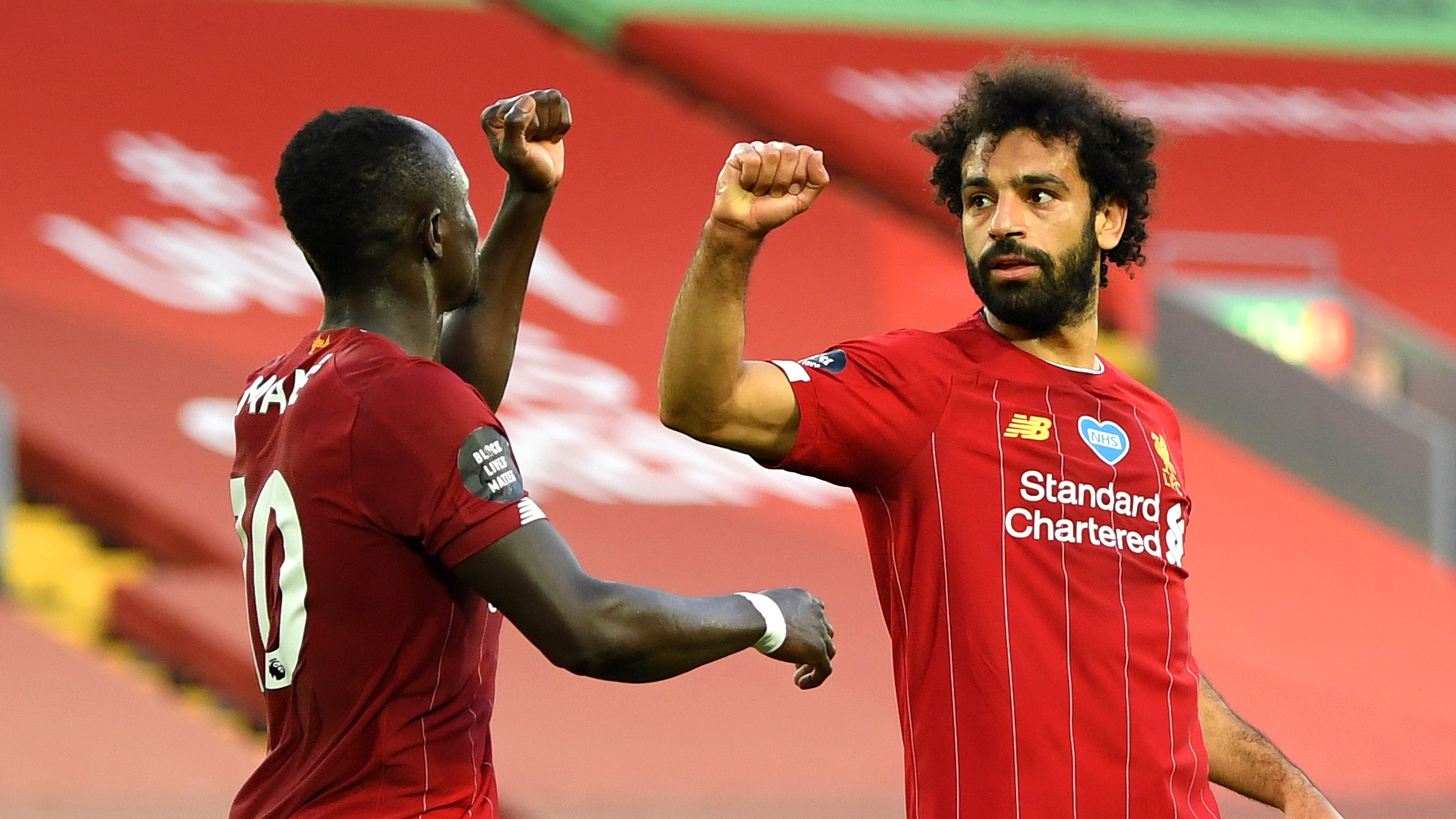 Former Everton striker Andy Gray believes it would be a herculean task for Liverpool to keep their star forwards Mohamed Salah and Sadio Mane beyond this summer.

Mane has been with the Reds since 2016 when he joined the side from Premier League rivals Southampton and has been a key member of the Anfield outfit since his arrival.

The Senegal international has forged a productive partnership with Salah, who teamed up with the club in 2017 from Serie A side AS Roma.

The pair played a pivotal role in helping the Reds win the Champions League last season and ended their 30-year wait for Premier League title in the 2019-20 campaign.

While Salah has bagged 73 goals in 108 appearances in the English top-flight since his arrival at Anfield, Mane has 63 goals in 127 games.

In the 2018-19 season, they emerged as joint-top scorers in the Premier League along with Arsenal striker Pierre-Emerick Aubameyang, while Salah also scooped the Golden Boot award in the previous campaign.

Last season, Salah had 23 goals,13 assists in 46 appearances and Mane had 20 strikes in the same number of games across all competitions.

Spanish giants Barcelona and Real Madrid are top of the European clubs believed to be interested in the signature of the players, although they each have three years left on their current contracts.

Gray feels the Reds could lose the African stars before long and Salah has previously stated his uncertainly in continuing his stay at Afield.

“I’ve been saying to you for some time I think he [Salah] will leave Liverpool sooner rather than later and I think Mane might also,” Gray told beIN Sports.

“If [Salah] told Liverpool ‘by the way, I’m off this summer’, I think they’ve got a real battle on their hands. I don’t think Liverpool can afford to lose both of them.

“I don’t know what their contract terms are, I’m not sure how long each has got. I guess Mane [would] come up and say: ‘Well, if he’s going I want to go as well’. It’s a double battle.

“You only hope if you’re Liverpool that the success they’ve had – Champions League victory last year, championship this year – that that would be enough to keep them at the club.

“But we know foreign footballers have a different view of the Real Madrids and the Barcelonas of this world. They desperately want to play for them, desperately.”

Mane has 69 caps for Senegal and was part of the side that finished as runner-up in the 2019 Africa Cup of Nations in Egypt.

Salah has scored 43 goals in 68 appearances for the Pharaohs since he made his debut against Sierra Leone in 2011 and could be involved in their Olympic Games campaign.