‘Let the game begin!’ – KPL players hit out at government for extending ban on football 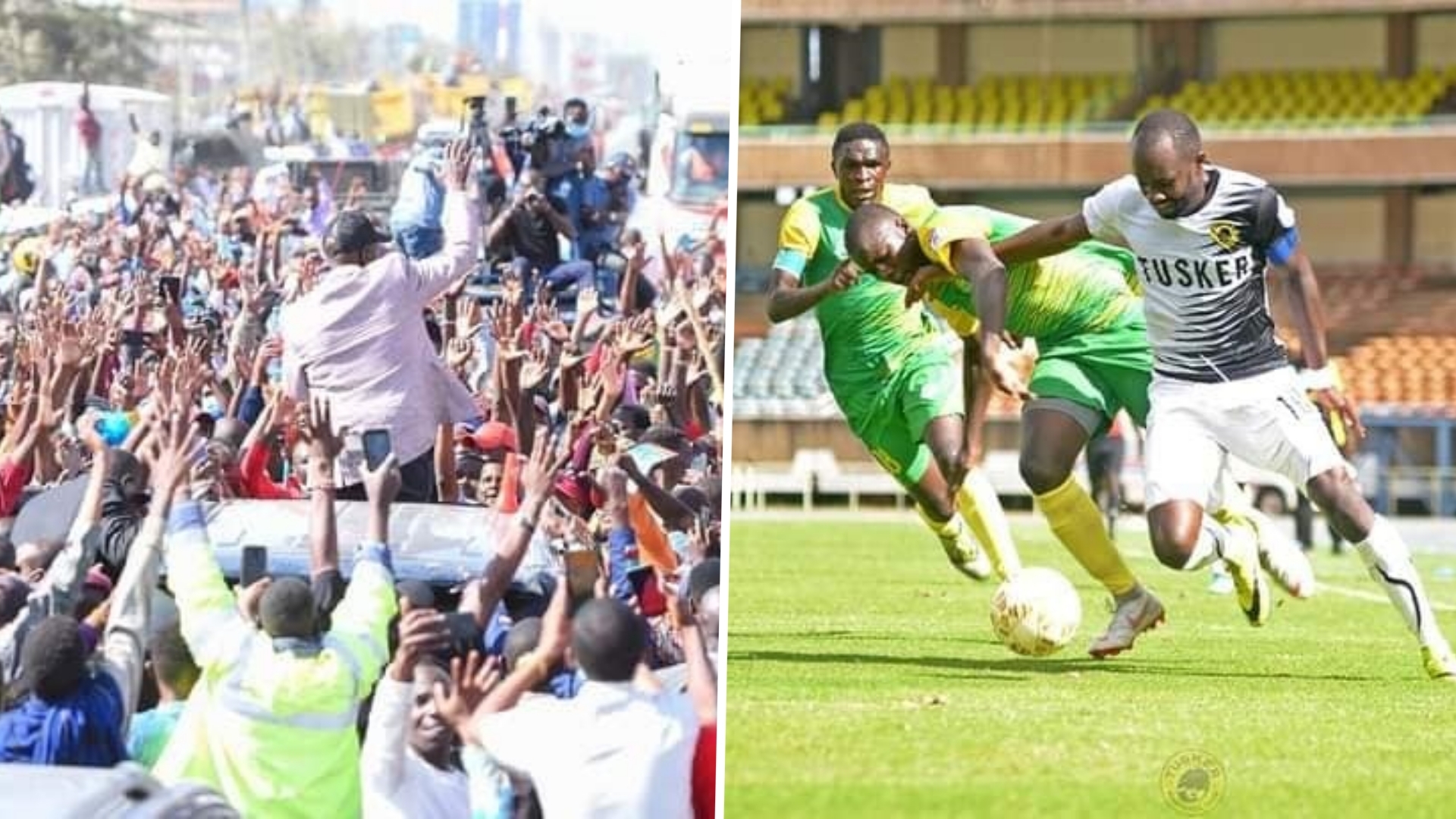 Kenyan players have hit out at the government on their latest move to ban football and contact sports in the country until further notice.

The football fraternity suffered a huge blow on Friday after the government, through Sports Cabinet Secretary Amina Mohamed, confirmed only non-contact sports will be allowed to resume after months of suspension owing to the effects caused by the coronavirus pandemic, but in a phased manner.

“All contact sports [including football] will remain banned until further notice,” Mohamed said on Friday while issuing the final guidelines to sport's resumption. “However, all non-contact sports will reopen in a phased manner.

“All outdoor recreation and non-contact sporting activities will re-open in a phased manner as listed in the guidelines.”

The latest move has not gone down well with Kenyan Premier League (KPL) players and stakeholders at large, who now feel the government has neglected footballers, who earn through playing football despite the curve of Covid-19 starting to flatten in the country.

Former Tusker striker Timothy Otieno, who recently signed for Napsa Stars FC in Zambia, is among the players who have asked the government to reconsider the decision and allow football to return.

“Compare the two pictures,” Otieno wrote on his Facebook page while comparing a picture of Deputy President Wiliam Ruto addressing a huge crowd without social distancing and a league match. “It's just a game of 22 players and some officials, let the game begin.”

Former AFC Leopards midfielder Moses Mburu also took to his social media pages to blast the government for the latest move, questioning why the government is yet to ban political rallies being experienced across the country.

“22 vs +700...which one has more contact?” Mburu wrote. “If it’s safety measures the government wants to implement then politician’s messages can be delivered via social media...let the blade cut both ways.”

Kakamega Homeboyz chairman Cleophas Shimantyula has also waded into the issue by asking the government to allow football to return.

“I was getting my team ready to start preparations for the new season but I have been shocked by the latest move taken by the government,” Shimanyula told Goal.

“It is not a fair decision considering the fact politicians are currently moving all over Kenya while football, which attracts 22 players, cannot be allowed to resume.

“I feel it will be fair for the government to allow football to return and put in stringent measures that each and every team should adhere to before the season kicks off.”

During the address, Mohamed, however, clarified national teams taking part in international events will be required to seek a special exemption from the Cabinet Secretary of Sports.

“National teams participating in the international events in the Water sports or contact sports categories will be required to seek a special exemption from the Cabinet Secretary of Sports,” Mohamed continued.

“All federations are required to submit their respective revised international team Kenya event calendars to the Principal Secretary for Sports on or before September 30, 2020, for planning purposes.

“The Commissioner of Sports will work with national teams and athletes representing Kenya in international events to advise and guide on national and international compliance of Covid-19 regulations before the departure and re-entry into the country.”

It means Kenya's Harambee Stars will be allowed to take part in upcoming matches in the Africa Cup of Nations and World Cup qualifiers.

Kenya started their campaign for the 2021 Afcon, to be held in Cameroon, with an impressive 1-1 draw away to Egypt. They followed it up with another draw, by the same margin, in Nairobi against Togo.

In Group G, Comoros, who started their campaign with a 1-0 win against Togo before settling for a goalless draw against the Pharaohs, lead with four points.