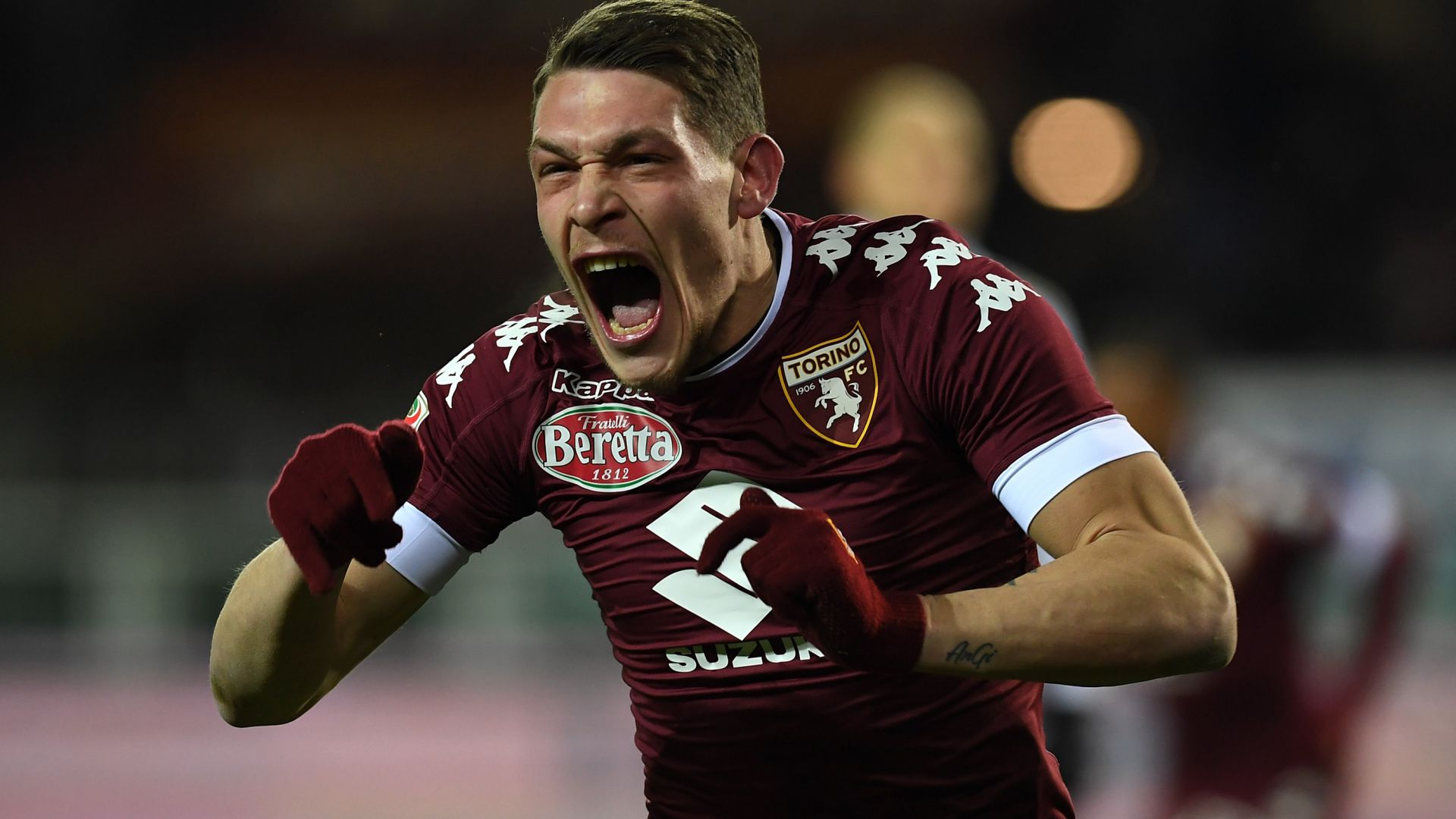 The Premier League leaders should cash in on their unsettled top-scorer and replace him with a younger, better No.9 of huge potential

Chelsea coped quite comfortably without Diego Costa against Leicester last weekend but Jimmy Floyd Hasselbaink argued that his former club would not be able to sustain their Premier League-leading form without their star striker for a sustained period of time. However, they would have little trouble maintaining their title charge if they replaced the unsettled Brazilian-turned-Spaniard with a younger, better No.9, namely Andrea Belotti.

Arsenal are the English side to have allegedly lodged a bid for one of Europe's most complete centre-forwards, with Torino claiming earlier this month that they had a rejected a £56 million (€65m) offer from the Gunners, but it is London rivals Chelsea who would prove the perfect fit for a player of Belotti's many attributes. Monday's performance against AC Milan only strengthened that suspicion.

Playing in his usual position in the centre of Torino's attacking triumvirate, he terrorised the Rossoneri back four right from the first whistle. Exploiting the space in between the centre-halves to great effect, he threatened twice inside the opening five minutes alone.

On the first occasion, Gabriel Paletta was on hand to clear after Gianluigi Donnarumma had misjudged a bouncing ball in behind the backline. Moments later, the teenage goalkeeper demonstrated his prodigious shot-stopping skills to keep out a well-struck, first-time drive from Belotti, who had broken the offside trap with a well-timed run.

The 23-year-old attacker was everywhere during the early exchanges, pressing Milan's defenders high up the pitch, as well as dropping deep to link up with his midfielders and drag his side forward. The goal his energy and industry duly deserved arrived midway through a frantic first half when he exhibited his striker's instincts by deflecting a wayward shot from Adem Ljajic past Donnarumma from some eight yards out.

Five minutes later, he pounced on a loose ball in the six-yard box, after Donnarumma had been unable to hold Joel Obi's shot, and calmly teed up he onrushing Iago Falque, whose mishit strike was directed home by a deft flick of Daniele Benassi's left boot.

Belotti continued to enjoy himself, clearly relishing his dual with Milan's centre-halves, which never looked like a fair fight, particularly after Alessio Romagnoli was sent off for a second mistimed tackle on his tormentor-in-chief. Indeed, watching Belotti hassle and harry his markers into submission, it was difficult not to imagine the Bergamascan savouring the cut and thrust of the Premier League.

Hart: No decision until summer

He has always been considered a technically gifted attacker - he actually started out as a winger - but his physical development has taken many by surprise, including former Palermo president Maurizio Zamparini, who sanctioned his €8.5m sale to Torino in the 2015.

"I didn't think he would become so strong," he confessed earlier this season. Meanwhile, Pasquale Bruno, the infamous defender who spent his career cutting supposedly tough No.9s down to size, is in no doubt that Belotti is the real deal. "Unlike many of his p***y team-mates, he's not a fake," the former Torino and Juventus centre-half declared. "He knows how to earn respect on the field."

He also knows how to score goals. Monday's strike in the 2-2 draw Milan was his 14th of the season - in just 18 appearances. That he scores all types of goals has been well publicised - it is now six with his right foot, five with his left and five with his head - but his accuracy is just as impressive.

Indeed, it was former Palermo coach Gennaro Gattuso who said: "Of the players I've seen after 'Sheva' [Andriy Shevchenko], only Belotti could also take 20 shots on goal and always hit the target.

"He always trains at 1,000 miles per hour and he has a great desire to learn. Even now, I cannot explain how a team like Roma, Milan or Lazio did not bet on him."

If Chelsea do end up pocketing some £80m from the potential sale of Costa to a Chinese Super League club, it would be even more mystifying if they did not try to sign Belotti as his replacement. He would be the ideal No.9 for Antonio Conte. He has the talent, the temperament and, perhaps most importantly, the work ethic. "My father told me: 'If you don’t leave the pitch absolutely exhausted, it means you haven’t given it your all,'" he said in October.

Furthermore, Belotti is only going to get better. It took Costa until he was 25, and in his final season at Atletico Madrid, to score more than 10 league goals across a solitary league campaign. Belotti is on course to score 28 this term.

This is a striker of enormous potential, one that would not be in the least bit intimidated by the prospect of playing in the Premier League. As his favourite, Michael Jordan-inspired tattoo reads: "Limits, like fears, are often illusions." And nobody now is any doubt that Belotti has everything in his arsenal to achieve whatever he wants in the game.