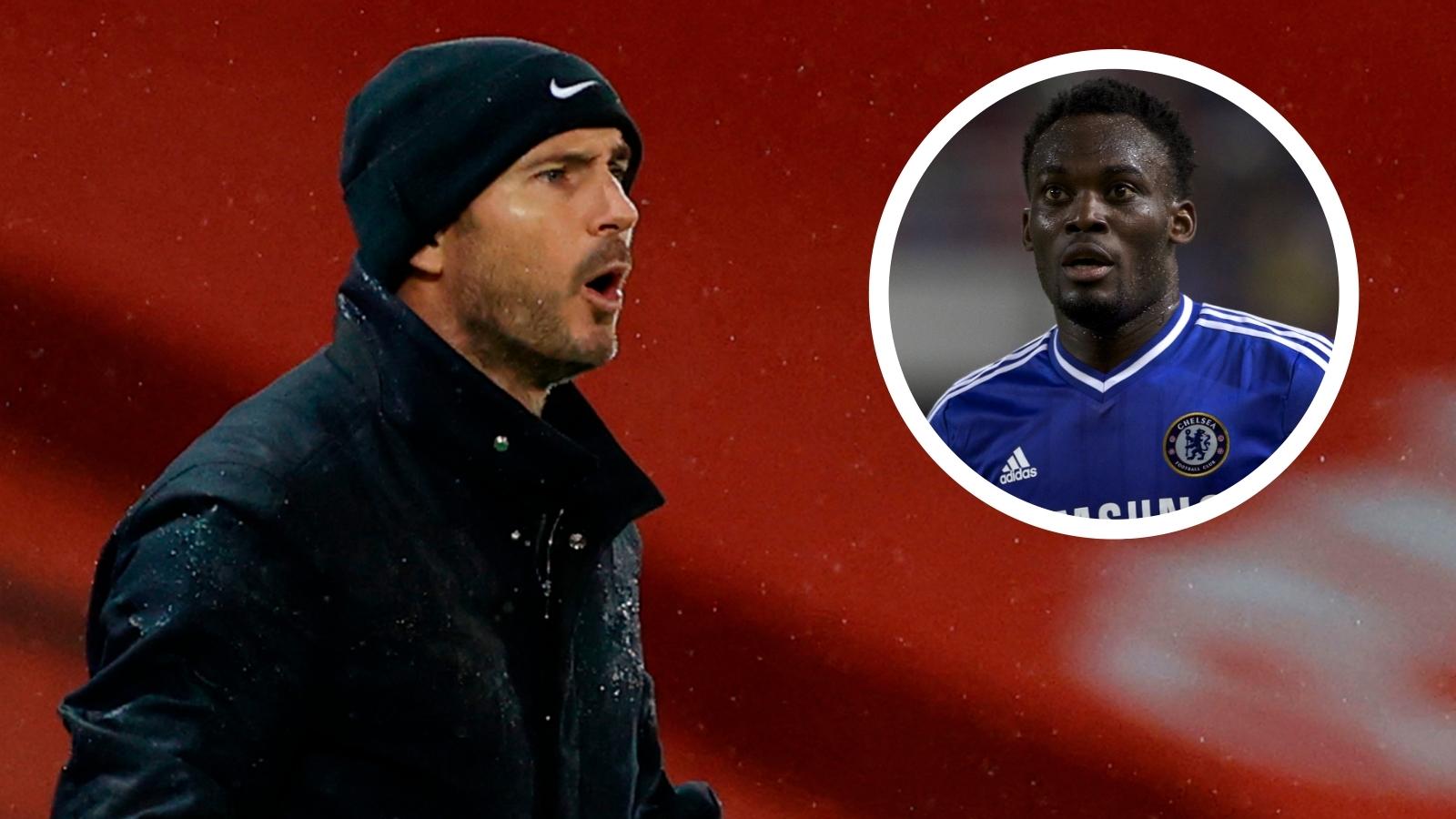 Despite spending more money in the summer than any other club, the Stamford Bridge outfit have won just three of their first nine games this season

Former Chelsea midfielder Michael Essien has backed Frank Lampard to find the right formula at Chelsea after an up-and-down start to the season.

The Blues have recorded just three wins from nine games in all competitions to start the campaign, leading some to question whether Lampard is the right man for the job.

The ex-England international oversaw a summer spending spree of over £220 million ($287m) as the likes of Kai Havertz, Timo Werner and Ben Chilwell arrived at Stamford Bridge.

But Lampard has struggled to find the right balance as he attempts to combine exciting attacking football with solidity in defence.

That was perfectly encapsulated over the past week as Chelsea followed up a 3-3 draw with Southampton, that saw them twice surrender the lead, with a pair of goalless stalemates against Sevilla and Manchester United.

Finding the recipe for success remains Lampard's biggest task in the early weeks of the season, and as such Essien - who played alongside the Chelsea boss for nine years in west London - believes the club's fans must be patient as they wait for their team to put a run of wins together.

"He [Lampard] is Chelsea, he knows the club inside out and what needs to be done," Essien told  Goal in an exclusive interview. "He will get the help of everyone there and I think so far that he has done a good job.

"Last season was a good achievement and it isn't an easy place to manage. The fans can demand a lot so it isn't easy, and he is doing his best.

"Football is full of ups and downs, you have to understand that. Get behind the team instead of not being happy after every bad result.

"The job is not easy so you have to be patient and push the team, then hopefully they will do well. They have added good players so they will have to deliver as a lot is expected now.

"The young players are doing well but I don't know if they could play in my old team! I am joking because I like the young players, with the likes of Mason Mount, but you need to raise your game at Chelsea constantly."

Another of Essien's former team-mates at Chelsea has been in the news in recent days after retired goalkeeper Petr Cech was surprisingly named in the Blues' 25-man Premier League squad for the first half of the season.

Cech, whose primary role at the club is as technical and perfomance advisor at Chelsea, has been added to the squad to help provide cover for Edouard Mendy, Kepa Arrizabalaga and Willy Caballero.

And Essien believes that the 38-year-old will be able to provide vital advice to the club's current crop of shot-stoppers if and when he gets back on the training field.

"It is good, Petr can still play," he added. "Goalkeepers can go longer than outfield players; it is good for him. Pete is a very lovely guy and it is great to have him around and it will be great for the Chelsea goalkeepers.

"I always used to say that he thought he was smarter than he is! I am joking, he is very smart, speaks a lot of languages, plays his drums and in my time he was one of the leaders who spoke up to make things better for the squad.

"I am happy for him to be back at the club in a very important role. I think he is doing well so far and I wish him all the best."

Like Lampard and a number of his other former Chelsea team-mates, Essien has opted to transition into coaching following his retirement from playing, and is currently an assistant at Danish Superliga outfit FC Nordsjaelland.

The ex-Real Madrid and AC Milan star formerly worked on his training badges while helping coach some of Chelsea's academy players, and he is keen to help develop the next generation as he takes his first steps towards potentially becoming a manager.

"When I was a player, I said I didn't think I would ever be a coach but one day everything changed," he revealed. "The simple love of the game made me want to do it. It was like a click of the fingers when I made the decision to start doing my coaching badges and I just finished my 'B' Licence.

"I have played under a lot of great managers. I played under Jose Mourinho, Carlo Ancelotti, Paul Le Guen at Lyon and Fred Antonetti at my first club Bastia. All these managers have their own way of dealing with the players and the teams. I pick up a little bit from each of them.

"It does bring back memories; when I see the situations with players, then it reminds me of my past. It has started well but there's a long way to go and I am willing to learn, put a 110 per cent into it and take it from there."