Frank Lampard has defended Kai Havertz over criticism that he looked like he was 'not bothered' during Chelsea's recent 2-0 defeat to Leicester City.

Former Chelsea, Leicester City and Germany defender Robert Huth criticised Havertz's performance and body language in the match at the King Power Stadium. Indeed, Lampard did haul off the £70 million signing from Bayer Leverkusen in the 67th minute but little changed after his withdrawal.

Ahead of an FA Cup clash with Luton, Lampard has hit out at critics of Havertz's work rate.

"I can officially say from working with Kai that desire is absolutely not part of the issue. Is he as confident right now, at this minute, as he can be or will be? No, because he is having a tough moment, as are other members of the squad," Lampard told reporters.

"Kevin De Bruyne and Mo Salah are players who were here at a similar age to Kai. They went away and took time and came back, and now they are absolute Premier League legends.

"I don’t want to build Kai up and put that pressure on his shoulders, but there clearly has to be a time with young players who come to this league, where people have to give them time, patience and sometimes a little bit of wriggle room.

"It’s not that everything will just happen in a few months or in one performance.

"He has a style that maybe when things aren’t coming off, people want to jump on. I’ve seen players like that over the years, some amazingly talented players. But, let me tell you, his desire, the ground he covers in games is big, the data and the stats are big, and he needs time because we’ve seen this story so many times with players.

"I know him well, he’s a good lad and my job is to coach him like I coach the young players that came through last year in this team and made real names for themselves, to keep improving him.

"And now is the time to give him confidence and show my support for him and he’s got my absolute support." 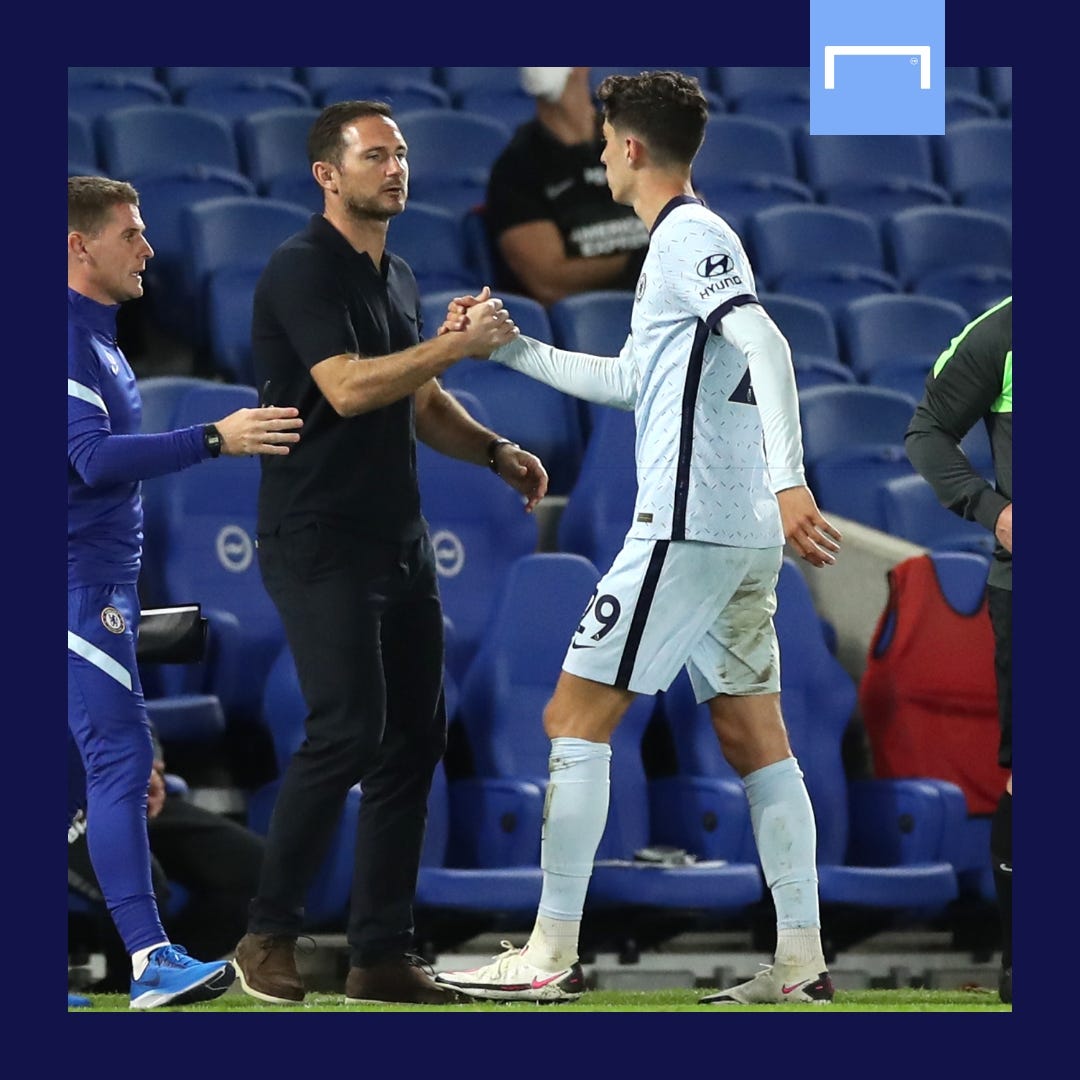 Havertz's lack of form, along with fellow new signing Timo Werner, is increasingly coming to define Lampard's season with both players enduring 11-game goal droughts in the league.

The German pair, along with Thiago Silva, Ben Chilwell, Hakim Ziyech and Edouard Mendy all arrived over a summer when Chelsea overhauled their squad.

After finishing fourth last season Chelsea have dropped to eighth currently, leading to suggestions the club did not need to bring in as many players as they did over the summer.

Lampard, though, hit back at the idea that his squad has become too big.

"I don’t agree with that," he added. "I had two other windows where I was here. The first window we couldn’t [sign players], the second window we didn’t bring anyone in.

"Off the back of the year, the club’s trying to improve at all times and what we did do is try and invest predominantly in younger players and for that you maybe have to wait your time. They’re for the present and they’re also for the future.

"I don’t see that [Chelsea signed too many players]. People can speculate as much as they like but for a club you’re always trying to move forward. I believe heavily that these players can be good players for the club.

"They are very good players. At this moment it’s a tough time for everyone."