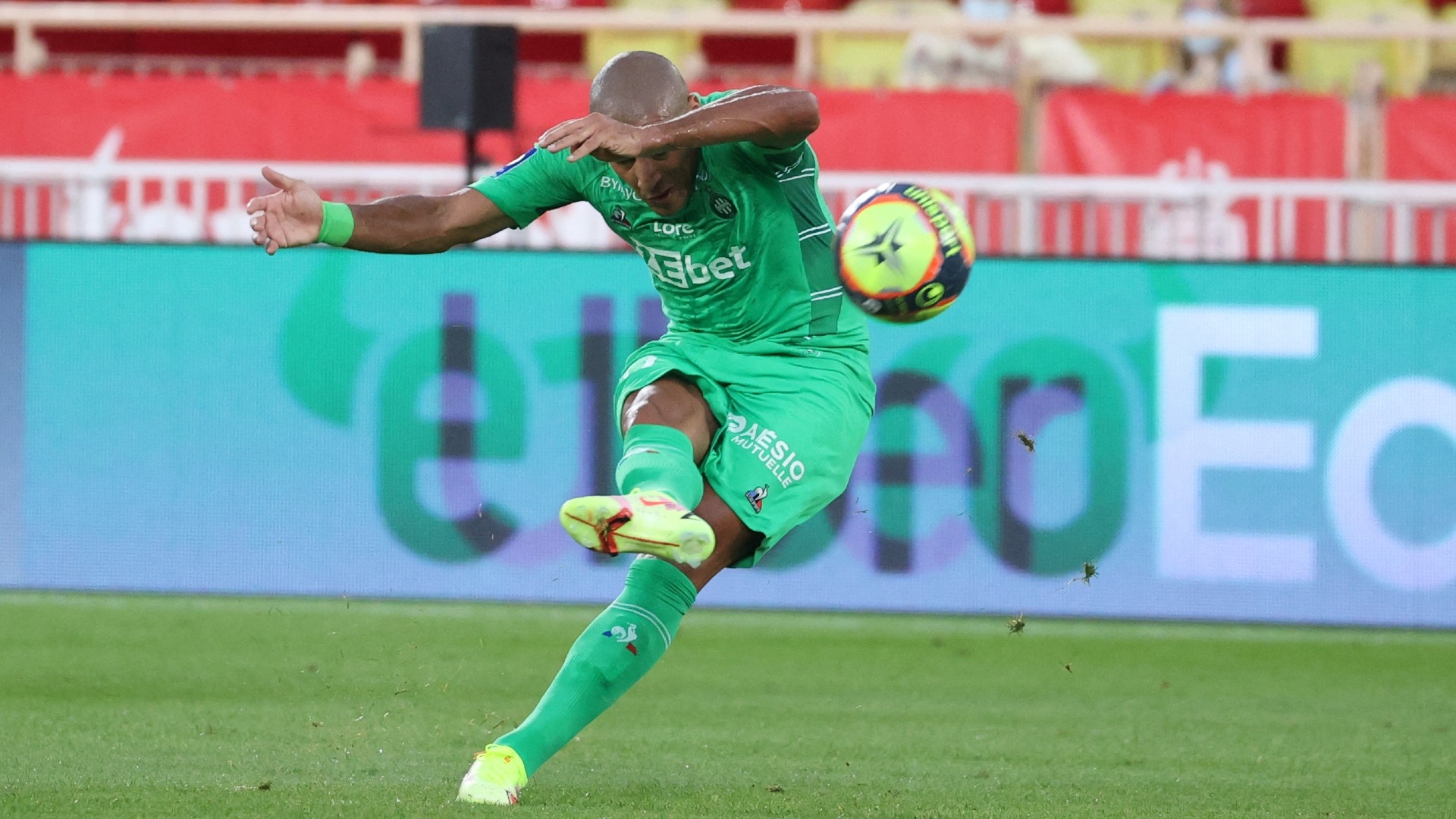 Wahbi Khazri scored a last-minute penalty as Saint-Etienne held Lyon to a 1-1 draw in a dramatic Ligue 1 match on Sunday.

Houssem Aouar had given the visitors the lead at the Stade Geoffroy-Guichard in the 41st minute, and it separated the teams until the late drama.

With the visitors poised to grab maximum points, Jean-Philippe Krasso's header struck the arms of Jason Denayer in the 94th minute which resulted in the penalty that was converted by Khazri.

It was a tense encounter on Sunday with five players booked while Lyon goalkeeper Anthony Lopes was given his marching orders for a straight red card in the 74th minute.

They remain winless in the French top-flight this season after nine matches and they are currently 10th on the table with a record of four draws and five losses.

Since he moved to Saint-Etienne in 2018, the Tunisia international has proved his goalscoring traits and he has four goals in nine league matches already.

At the end of the match, the Greens coach Claude Puel was full of praise for his players and he described the shared point as a victory.

“That's not what drives me, I don't have to be reassured. I'm just happy that my players are finally rewarded,” Puel said, per Foot Mercato.

“This point is superb on condition that it is followed by other high-performance matches and especially other points.

“One point is not three points, but it tastes like a victory. There was a lot of investment, my players were responsible, they had a great game. We took the post, we hit the crossbar ... Etienne (Green) kept us in the match, the second goal would have hurt us a lot. We still have a very good second half.

“We still have situations to come back. If we come back sooner, we can perhaps go for the victory ... Bravo to my players, in these difficult conditions, with a difficult environment, they have to sublimate themselves, take charge, take responsibility. It made a great production for French football.”

Khazri is expected to lead Tunisia to build on their fine start to the 2022 Fifa World Cup qualifiers when they battle Mauritania on October 7 and 10.