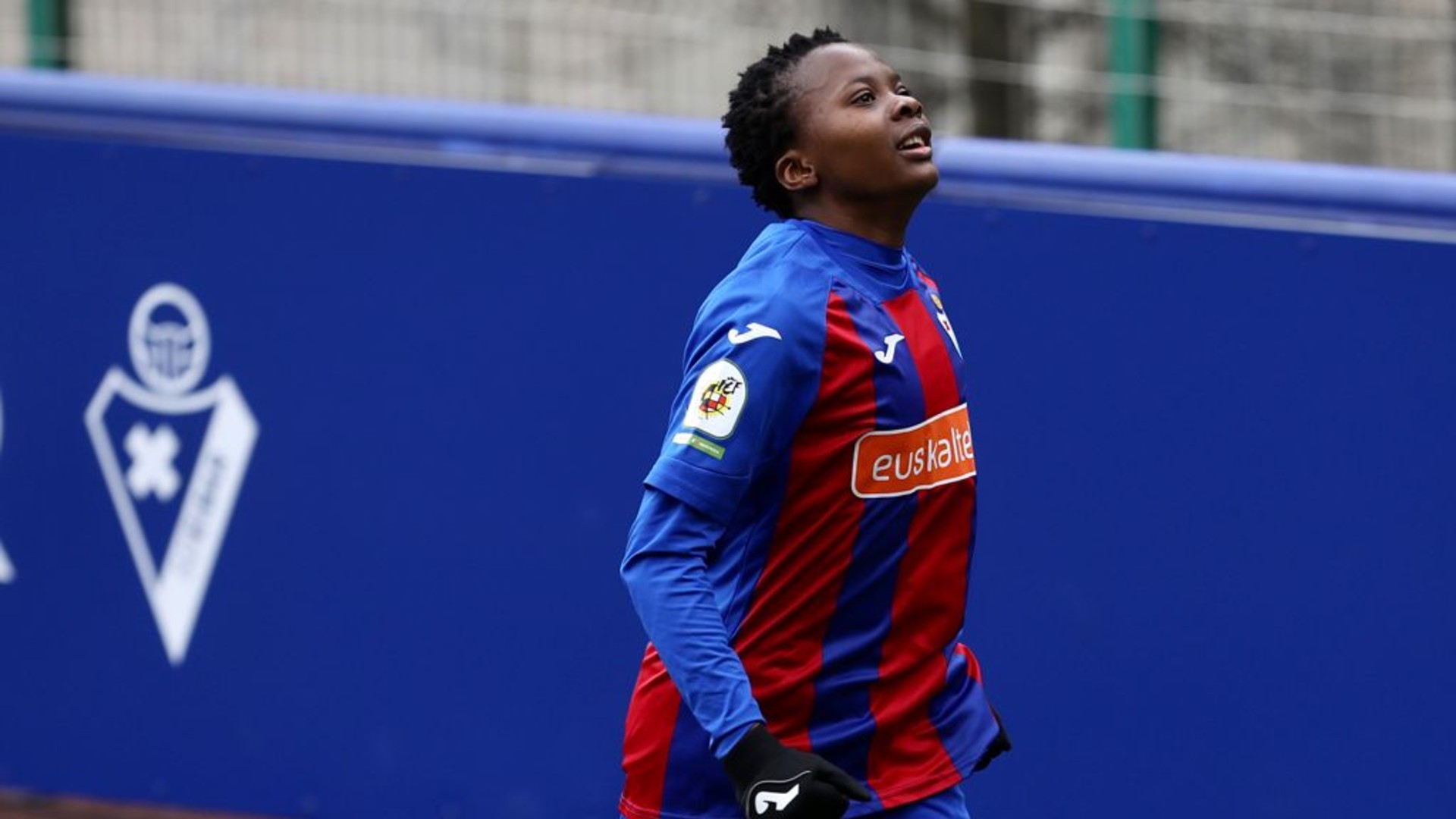 Thembi Kgatlana scored the only goal for Eibar as Toni Payne's strike helped Sevilla to a 3-1 triumph in Sunday's encounter at Unbe Sports Complex.

South Africa striker Kgatlana has been in breathtaking form for Iker Dorronsoro's team this season, scoring in each of their last two outings and continued her fine goalscoring run against Sevilla.

On the other hand, Payne, who has opted to represent Nigeria after playing for the USA at youth level, made an impactful outing at Eibar, ending her 14-match goal drought for Cristian Toro's side.

Following a four-match winless run, Sevilla made a bright start to halt her disappointing form, although only gain the lead when Claudia Pina set up Carla Armengol to score on the brink of half time.

After the restart, the visitors continued their dominance as Pina bagged her second assist of the contest, teeing up Nigerian-born American Payne to double the lead in the 51st minute.

Eibar, however, fought for a comeback but only found a breakthrough when Kgatlana blasted past goalkeeper Noelia Ramos off a quick one-two with Maria Llompart 10 minutes from regulation time.

The comeback dreams of the hosts were dashed when Pina's hat-trick of assists aided late substitute Maite Albarran to guarantee the away victory for the visitors inside additional time.

Despite the defeat, Kgatlana's latest goal was her third in a row and also her eighth in 16 outings for Eibar and was in action for the duration, along with South Africa compatriot Noko Matlou.

For Sevilla, Payne, who Goal understands could make her Nigeria debut against Zambia in the Turkish Women's Cup opener, was in action from the start to finish and got her second goal in 19 outings.

The result moves Sevilla to eighth on the table, with 27 points from 19 matches, while Eibar are rooted in 10th with 21 points from 17 ties.

In the next encounters, Eibar will pay a visit to Deportivo La Coruna on Wednesday, while Sevilla will welcome Real Madrid on the same day.