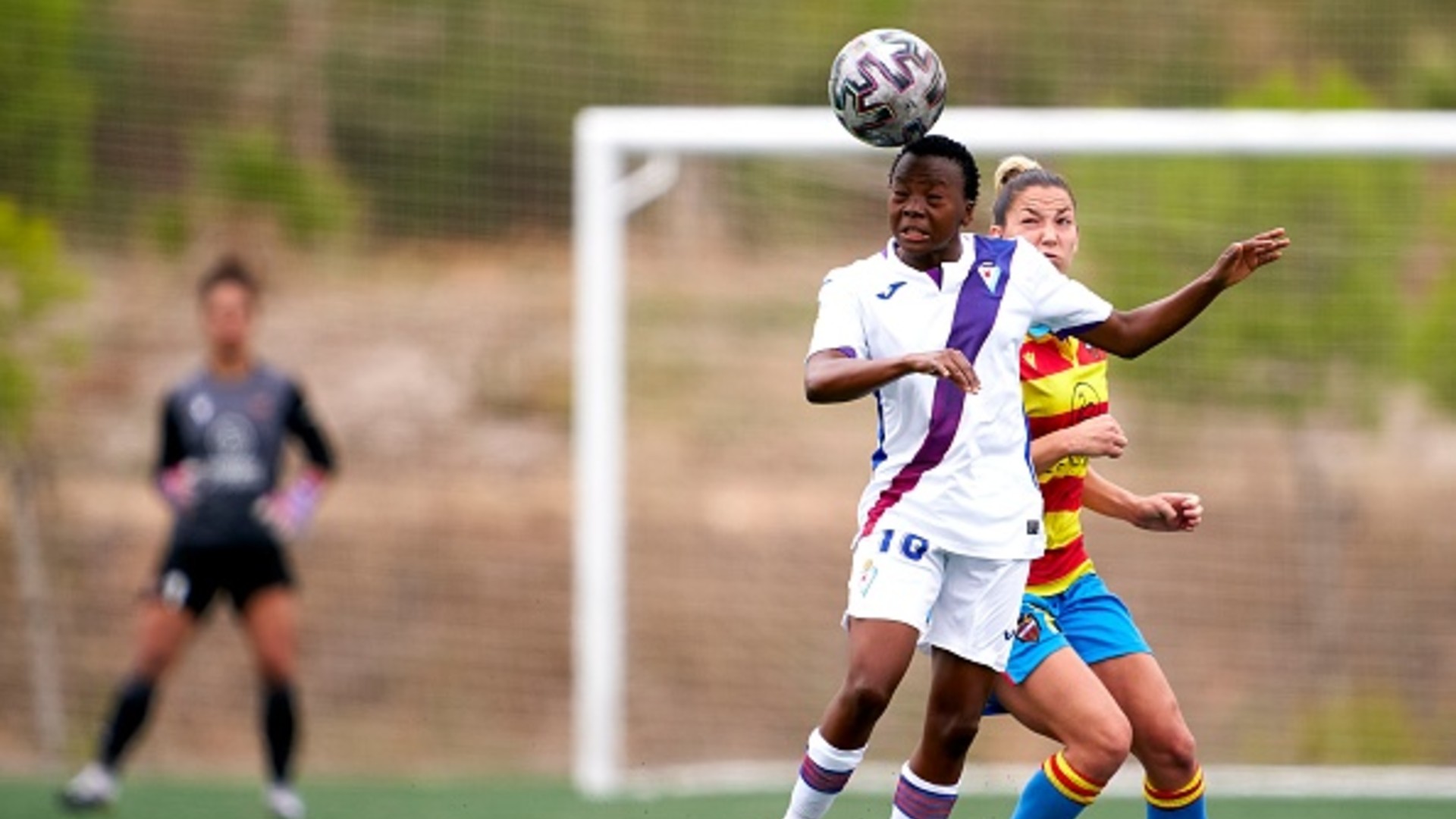 Thembi Kgatlana bagged the only goal for Eibar but her side surrendered a one-goal lead to lose 2-1 at Rasheedat Ajibade and Ajara Nchout's Atletico Madrid in Sunday's Primera Iberdrola fixture.

Following a 2-2 draw with Real Sociedad in last time out, Iker Dorronsoro's ladies were aiming for a return to winning ways but ended up crumbling to a seventh defeat of the season in Madrid.

With a huge ambition to upset the former champions, the top-flight newcomers handed the South African star her ninth league start of the season, along with her compatriot Noko Matlou.

The visitors got off to a fine start at Centro Deportivo Wanda Alcala Henares when Kgatlana opened the scoring in the 12th minute.

Atletico, however, broke the resilence of the visitors when Deyna Castellanos set up Ludmila to net the equaliser 23 minutes later to ensure a stalemate between the two teams going into the break.

After the restart, Ludmila combined well with Castellanos this time and the latter struck eight minutes into the half to seal the victory.

With her latest at Atletico, Kgatlana has now scored seven goals in 15 league appearances and was involved for the duration of the tie, along with Equatorial Guinea's Ruth Alvarez.

Also, South African star Maltou was in action for 90 minutes before she was replaced by Ane Campos, while Nigeria's Charity Adule saw the last eight minutes after coming on for Sara Navarro.

On the other hand, Cameroon's Nchout featured for 89 minutes before Nigeria's Ajibade was brought on as her replacement.

The outcome means Atletico moved to fourth spot with 34 points from 17 games, while Eibar dropped to 10th with 21 from 16 matches.

In their upcoming fixtures, Jose Sanchez's side will confront Tenerife on February 7, while Eibar will welcome Sevilla same day.