Kerala Blasters punished for a loss of focus 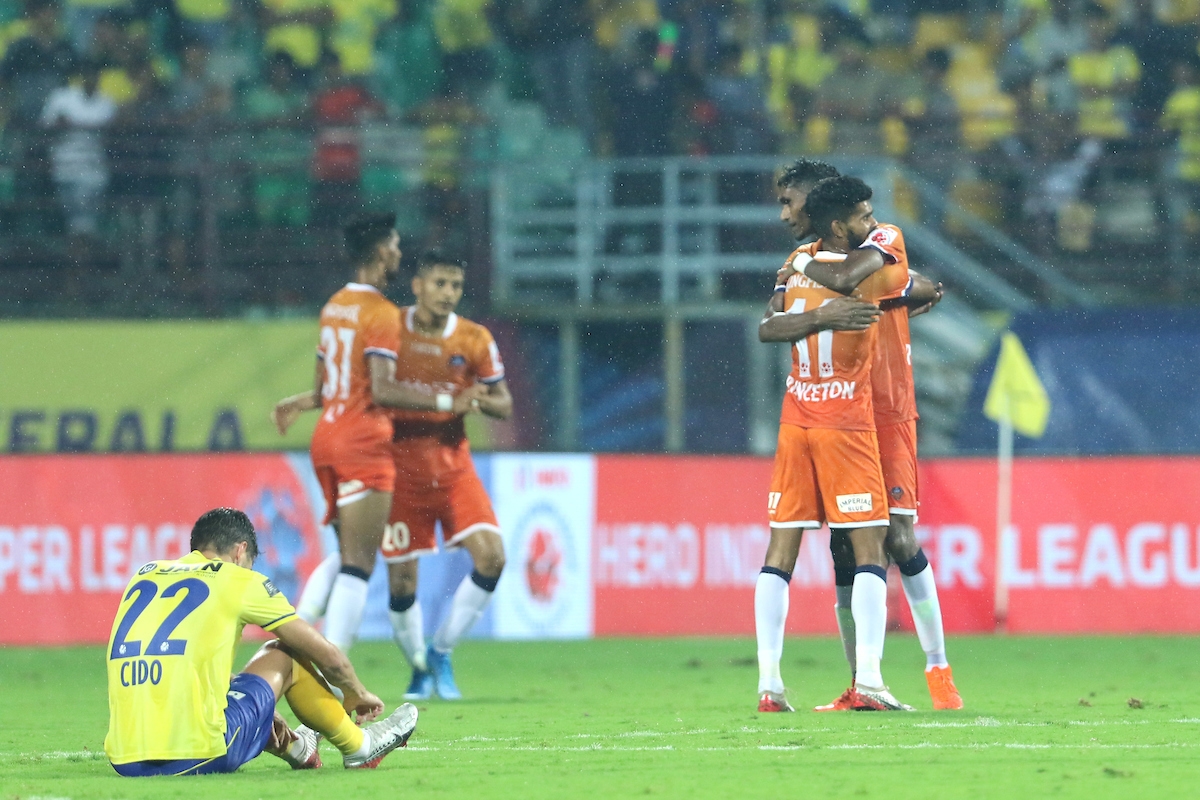 Not the first time the Kochi crowd has witnessed Kerala Blasters conceding a late goal after playing reasonably well...

Remember Pranjal Bhumij scoring a long-range stunner against Kerala Blasters to silence the home crowd in Kochi? If you're a Blasters supporter, it's hard to forgive and forget how many times the team you support has done reasonably well to take the lead in games only to concede late goals.

More than a year later after that Bhumij goal gave Mumbai City a lucky point in the 90th minute, not much has changed at Kerala Blasters, not in terms of conceding late at least!

Kerala Blasters were in the lead twice against FC Goa and had stopped the Gaurs from playing their natural, aggressive football for a lot of the ninety minutes but it still ended 2-2. There is no excuse for the two points lost against an FC Goa side that played without Ferran Corominas, Ahmed Jahouh and Hugo Boumous - three of their best players.

Blasters also had their share of injury concerns but quite remarkably, they dominated the first half - Goa's first shot on target was Mourtada Fall's equaliser just before the break, 41 minutes after Sergio Cidoncha had given Blasters an early lead.

Even after the break, Goa's improvement in performance was ever so minute. It was still Kerala who looked like they might add to their tally - and that they did when Prasanth Karuthadathkuni found Messi in the centre with a low cross from the left. The Cameroonian scored his first goal for the club and regained his team's lead, only for them to throw it away right at the end.

Lenny Rodrigues was Goa's saviour on a night when they missed all their key players. Manvir Singh's shot had TP Rehenesh push the ball straight at the unmarked Indian midfielder who gladly fired it in before running to the away section of the crowd - the only area that made noise at that time. The rest of the stadium was stunned. How can their team repeat the same mistakes over and over again - how can they lose focus when the team is winless in four games and are on the verge of a second win of the season against the mighty FC Goa who were reduced to 10 men?

The team's coach Eelco Schattorie was the first to express frustration after the goal and he was also the first to leave the field, running down the tunnel when the referee blew the final whistle. The players looked dejected as they exited the field. There was a sense of disappointment on Messi's face as he walked out of the dressing room and headed to his team bus. His first goal for the club had not come at the right time.

"I scored my first goal but I want the team to win. It's (conceding a late goal)) disappointing but that's football," a disappointed Messi told the media on his way out of the stadium. A small group of supporters stood near the team bus, mockingly shouting, "We want Belfort!'

Ahead of the game, Blasters head coach Eelco Schattorie seemed proud of the fact that his team is yet to concede a goal from open play. Against FC Goa, that record was broken.

Sergio Lobera laid it bare for all after the game when he talked about his opponents. He said, "Blasters have signed the best player in the league last season (Ogbeche), Jamshedpur's two best players (Cidoncha and Arques), Delhi's best player (Zuiverloon), the club did their work before the season. But they're not working as a team."

Blasters are hampered by injuries, no doubt. But Sunday's draw wasn't about injuries or missing players for the home side, it was about focus.