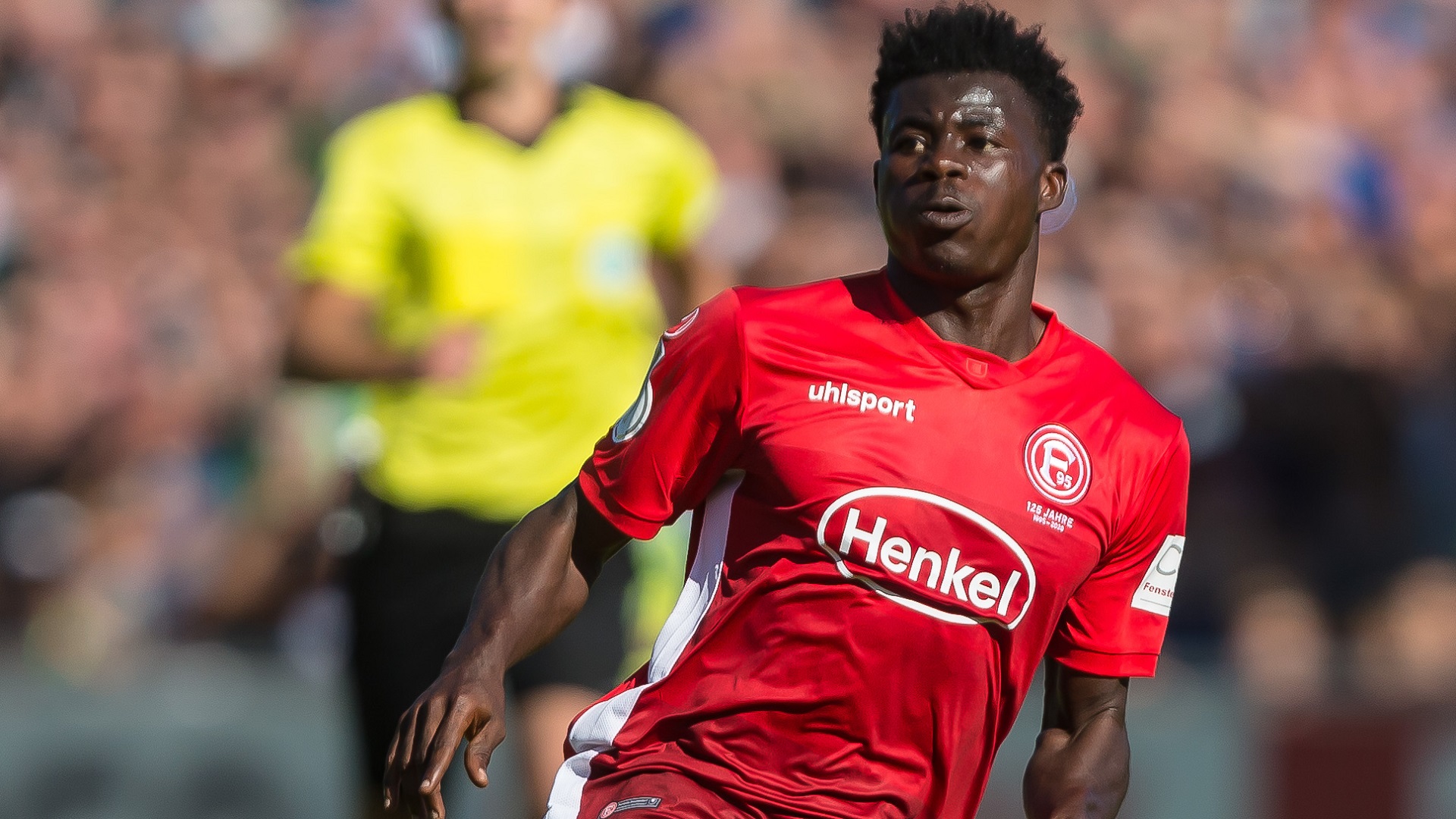 Ghanaian attacker Kelvin Ofori has sealed a transfer to German side Paderborn, the club have announced.

The 20-year-old joins the Bundesliga 2 side on a two-year deal from fellow lower division outfit Fortuna Dusseldorf.

He has had to change clubs owing to limited playing time at his former outfit.

“Kelvin Ofori comes from Fortuna Dusseldorf,” Paderborn have said on their official website.

“The SCP07 has signed a creative offensive player with a lot of prospects before the third matchday of the second division season 2021-22.

“The 20-year-old and 1.72 meter tall Kelvin Ofori comes to Pader from second division companion Fortuna Dusseldorf and has signed a two-year contract here.

“The Ghanaian will wear the number 14 on the SCP07 team.”

Relegated from the German elite division last season, Paderborn are bolstering their squad with an aim of securing promotion back to the top tier after the failure of 2020-21.

In two league matches so far this term, Lukas Kwasniok’s side have settled for draws, holding Heidenheim and Nurnberg to 2-2 and 0-0 stalemates, respectively.

In the German Cup last weekend, however, Ofori’s new side succumbed to a 2-1 away loss to Dynamo Dresden.

“Kelvin has the advantage that he has already trained at the second division level and can be used flexibly on the offensive. He is another alternative in our squad.

“We want develop your potential in Paderborn.”

At Dusseldorf last season, Ofori made 10 league appearances, starting in only two of the matches.

He ended what was his second season with the club without a goal, not that he scored in his first season when he made only two league appearances, both from the bench.

A product of Ghana’s Right to Dream academy, Ofori joined Dusseldorf in a three-year deal in 2019 following an impressive trial.

He is yet to make a senior international appearance for Ghana.